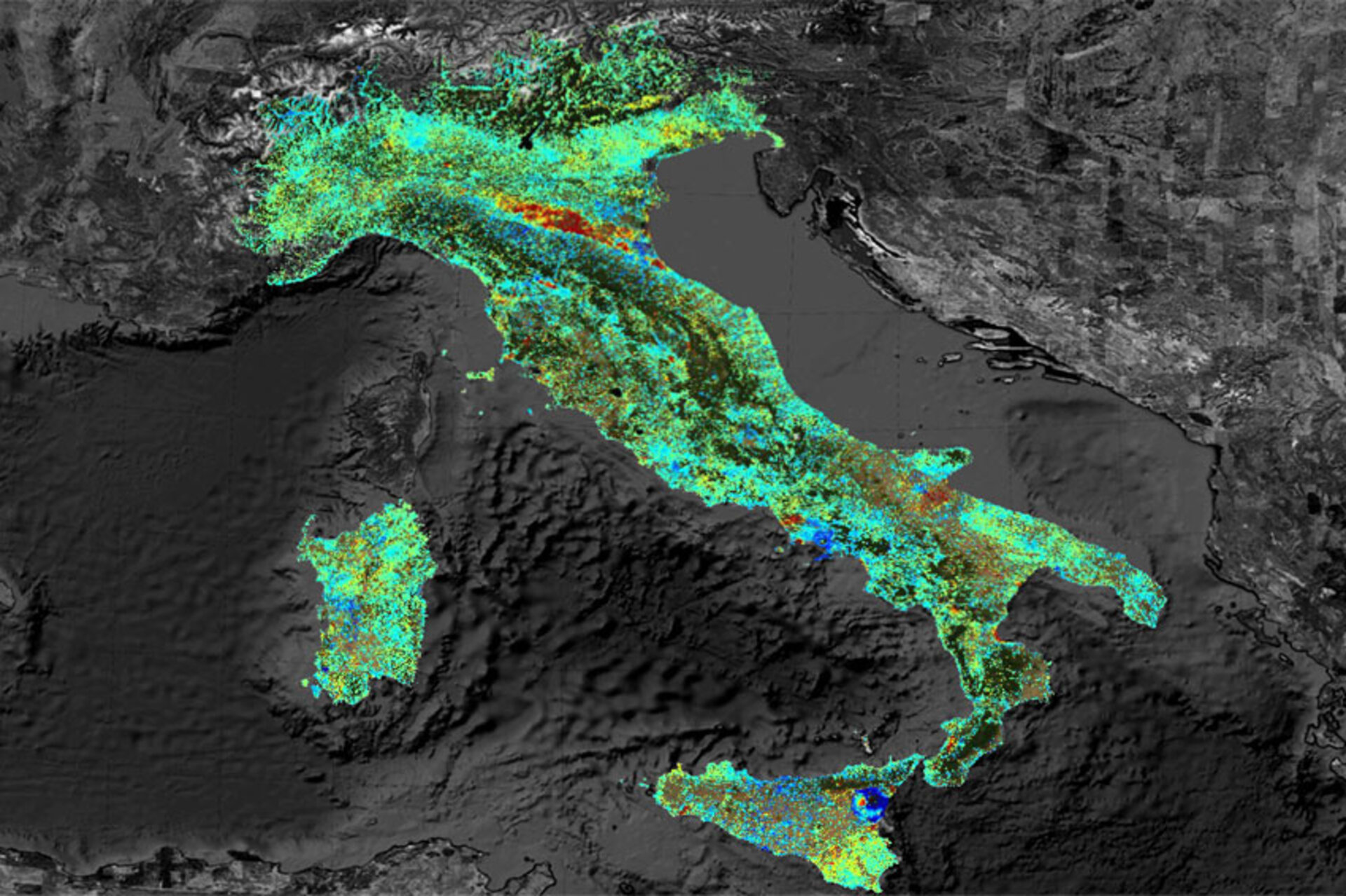 Scientists are making advances in the use of satellite data to map changes in Earth’s surface. Subsidence of only millimetres can be detected thanks to advances in technology.

The picturesque town of Assisi nestling in central Italy’s rolling hills has, for centuries, drawn tourists, religious pilgrims and lovers of art.

But it has also drawn the attention of scientists who see the real weight of its reputation. By exploiting satellite data, they have found that some areas of the historical town are sinking by 7.5 mm per year.

This is just one of the many areas around the world where satellites have detected surface changes down to the millimetre from their orbits hundreds of kilometres above.

The findings were presented at the Fringe Workshop on advances in the science and applications of radar interferometry held at ESRIN, ESA’s centre for Earth observation, in Frascati, Italy.

Interferometric Synthetic Aperture Radar – or InSAR – is a remote sensing technique where two or more images over the same scene are combined to detect slight changes occurring between acquisitions.

Tiny changes on the ground cause changes in the radar signal and lead to rainbow-coloured interference patterns in the combined image, known as ‘a SAR interferogram’.

The Fringe Workshop takes its name from these coloured fringes seen in the interferograms.

Precise measurements – down to a scale of a few millimetres – can be detected across wide areas. Tectonic plates grinding past one another, the slow ‘breathing’ of active volcanoes, the slight sagging of a city street due to groundwater extraction, even the thermal expansion of a building on a sunny day.

Just a few years ago, only dedicated areas could be mapped. But advances now allow for subsidence detection over large regions – even whole countries, like Italy – while maintaining a high resolution.

At this year’s Fringe Workshop, findings and advances were presented by some of the 400 scientists – a large number compared to the original four specialists who, in 1991, decided to create the Fringe group while discussing the early InSAR results from the ERS-1 mission.

The presentations included findings on surface changes in northern Germany. In the seaport city of Bremerhaven, results from new processing software using differential interferometry show an average subsidence of 7 mm per year.

Tracking surface changes is important for areas like this because it is home to an oil reservoir.

While the now-retired ERS satellites played a major role in advancing interferometry, radars aboard satellites such as ESA’s Envisat continue to collect data used to detect surface changes.

The Sentinel-1 satellite due to be launched in 2013 will ensure the continuity of SAR data for years to come, with improved coverage compared to its ERS and Envisat predecessors.