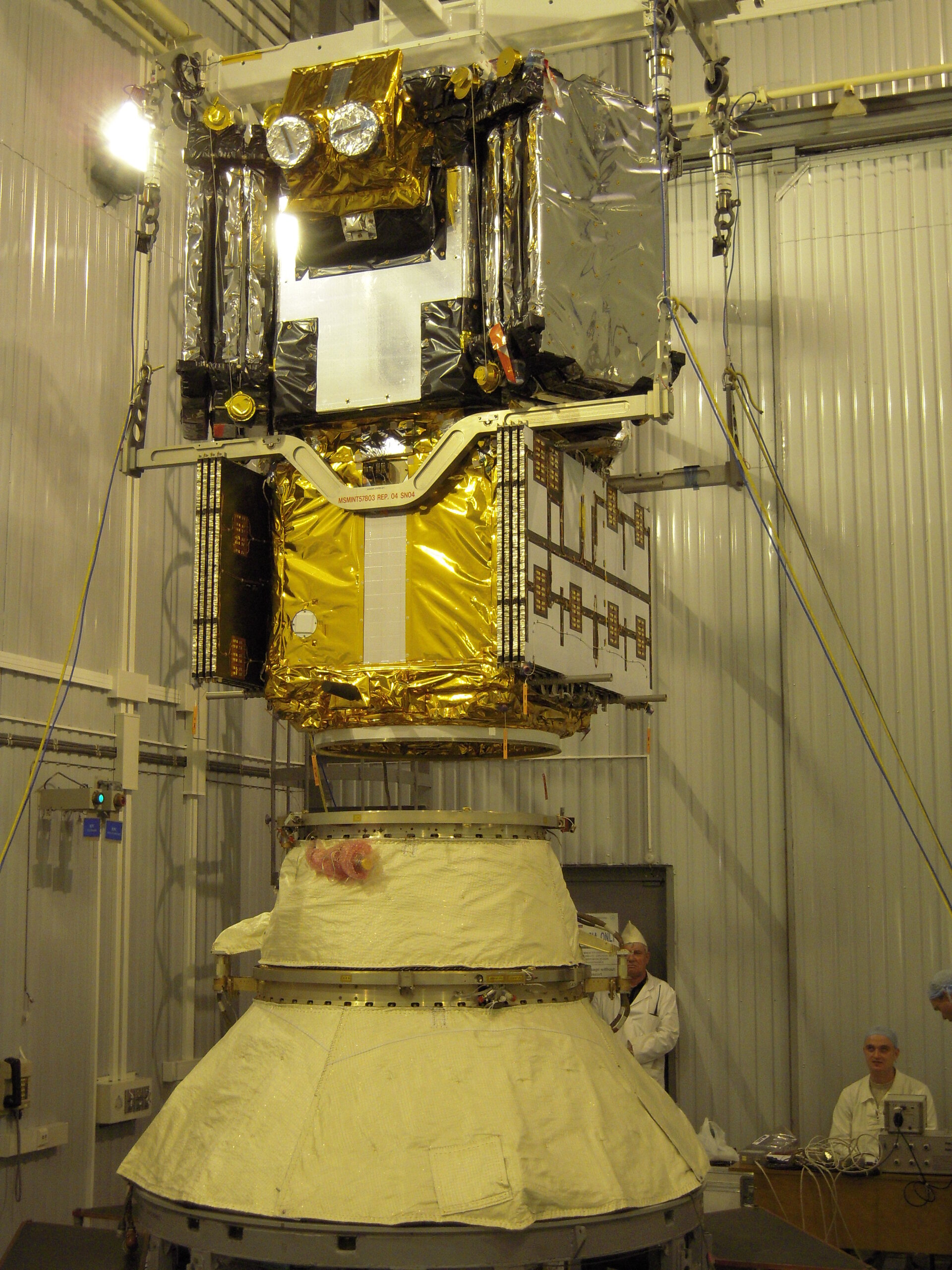 As preparations for the launch of SMOS on 2 November continue to progress well at the launch site in Russia, a milestone in the schedule has been passed as the satellite joins the Rockot launch adapter.

ESA’s ‘Soil Moisture and Ocean Salinity’ (SMOS) satellite arrived at the Plesetsk Cosmodrome in northern Russia on 17 September. After it had been installed in the integration facilities and unpacked, the team of engineers and technicians carried out initial tests to ensure the satellite had arrived in good shape.

By employing a novel use of technology, the SMOS Earth Explorer mission will make global observations of soil moisture over land and sea-surface salinity over the oceans to improve our understanding of Earth’s water cycle. Data from SMOS will be important for weather and climate modelling, water resource management, agriculture and also contribute to the forecasting of hazardous events such as floods.

The measuring technique involves measuring microwave radiation emitted from Earth’s surface within the ‘L-band’, around a frequency of 1.4 GHz. To do this, the instrument, which is called ‘MIRAS’ – short for Microwave Imaging Radiometer with Aperture Synthesis, carries 69 small antennas distributed along three arms that fold out to form an unusual three-pointed star shape. The clever bit is that these small antennas mimic the size of a much larger single antenna that would normally be needed at this frequency to obtain the required coverage and resolution.

The campaign to prepare the SMOS satellite for launch has now been underway for almost four weeks. The satellite has undergone a series of electrical tests and also the hazardous task of filling the satellite with 28 kg of hydrazine fuel was carried out by team members from Thales Alenia Space. In addition, multilayer insulation has been secured around certain components on the satellite.

The most recent milestone involved hoisting the satellite off the working stand on the fuelling frame and then lowering onto the launch adapter. As the name suggests, the adapter forms the interface between the SMOS satellite and the upper stage of the Rockot launcher. Since the satellite already holds fuel, this task is somewhat dangerous, so everyone involved had to wear special protective clothing as a precautionary measure.

The small Proba-2 satellite sits under the SMOS adapter during launch, so the release of the adapter halves enables the Proba-2 satellite to be injected into orbit. This happens almost two hours after SMOS has been injected.

The Proba-2 team has also returned to Plesetsk as the launch campaign activities for both satellites are now being combined in the run up to liftoff at 02.50 CET on 2 November. The next major step will be when teams have to say ‘goodbye’ to the satellites as SMOS and Proba-2 are encapsulated together within the fairing, which is scheduled to take place on 19 October.