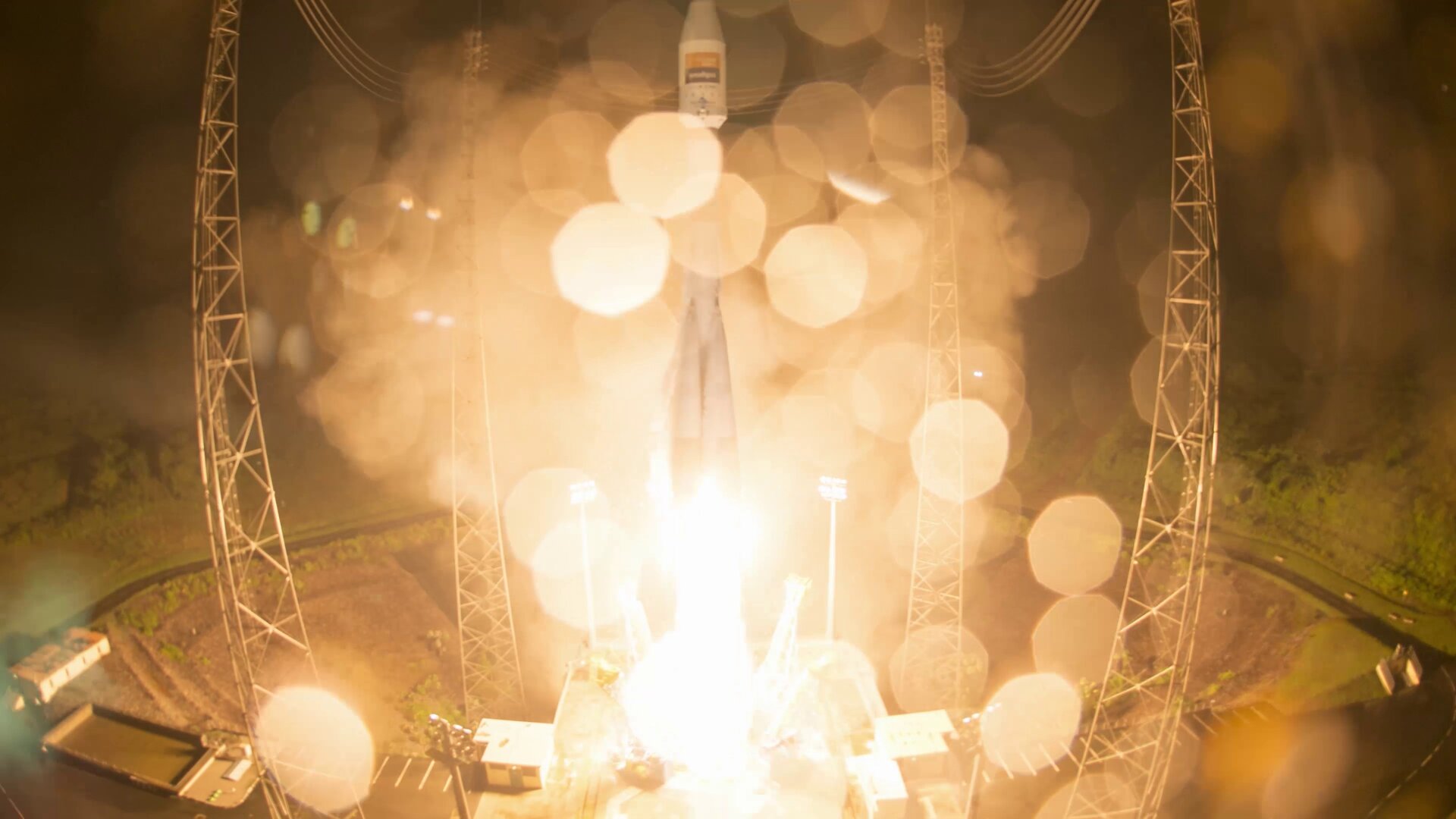 After four months of exhaustive testing in space, the flagship SmallGEO mission Hispasat 36W-1 has passed all trials with flying colours, which means control has been handed to the operator.

H36W-1 lifted off from Europe’s Spaceport in Kourou on 27 January on a Soyuz rocket. The launch marked a number of impressive firsts for both ESA and industry, as not only the first ESA partnership with a Spanish operator and the first telecom satellite to be built in Germany for over 20 years, but also the first time a Soyuz carried a telecom satellite to geostationary transfer orbit from French Guiana.

Once the rocket’s upper stage released the satellite into this orbit, the team back on Earth set to work, measuring its health and performance after launch to ensure everything was working as it should.

Based at the German Space Operations Centre in Oberpfaffenhofen, the team of ESA, Hispasat, OHB System AG and DLR German Aerospace Center engineers meticulously took H36W-1 through a sequence of manoeuvres to move it to the optimum position for testing.

From that point on, every subsystem, transponder and antenna was put through its paces over the course of several months. Particular attention was paid to another first: the Redsat payload. This was the Spanish processor’s first flight, and its flexible four-beam Ku-band Direct Radiating Antenna was thoroughly verified to make sure the delicate equipment was unscathed.

All partners joined forces to bring the satellite to the point of service readiness under two overlapping public–private partnerships. The SmallGEO platform on which the ESA–Hispasat satellite is based is the result of a partnership between ESA and OHB System AG. This programme was ESA’s response to the demands of the fast-paced telecom market, as a way of helping industry to develop the cutting-edge technology and advanced manufacturing techniques needed to produce more efficient, modular satellite platforms at a much faster rate.

The culmination of this H36W-1 partnership is the satellite arriving at its operational position on the geostationary arc at 36ºW, and the final handover to its owner Hispasat.

Andrea Cotellessa, ESA’s SmallGEO project manager, noted: “Now that it is at 36ºW, the satellite will start its 15 year operational life. We, at ESA, are very proud to have made possible the delivery to Hispasat of this new satellite. This is the result of several years of tremendous works carried out with OHB Group and their suppliers’ base, and with our partner Hispasat.

“Europe’s competitive offer for three tonne-class geostationary satellites is now a reality and Hispasat 36W-1 is the first of a long series of satellites using the newly developed SmallGEO platform.”

H36W-1 will complement Hispasat’s existing fleet of telecommunications satellites, providing a commercial broadband service over Europe, the Canary Islands and the Americas.