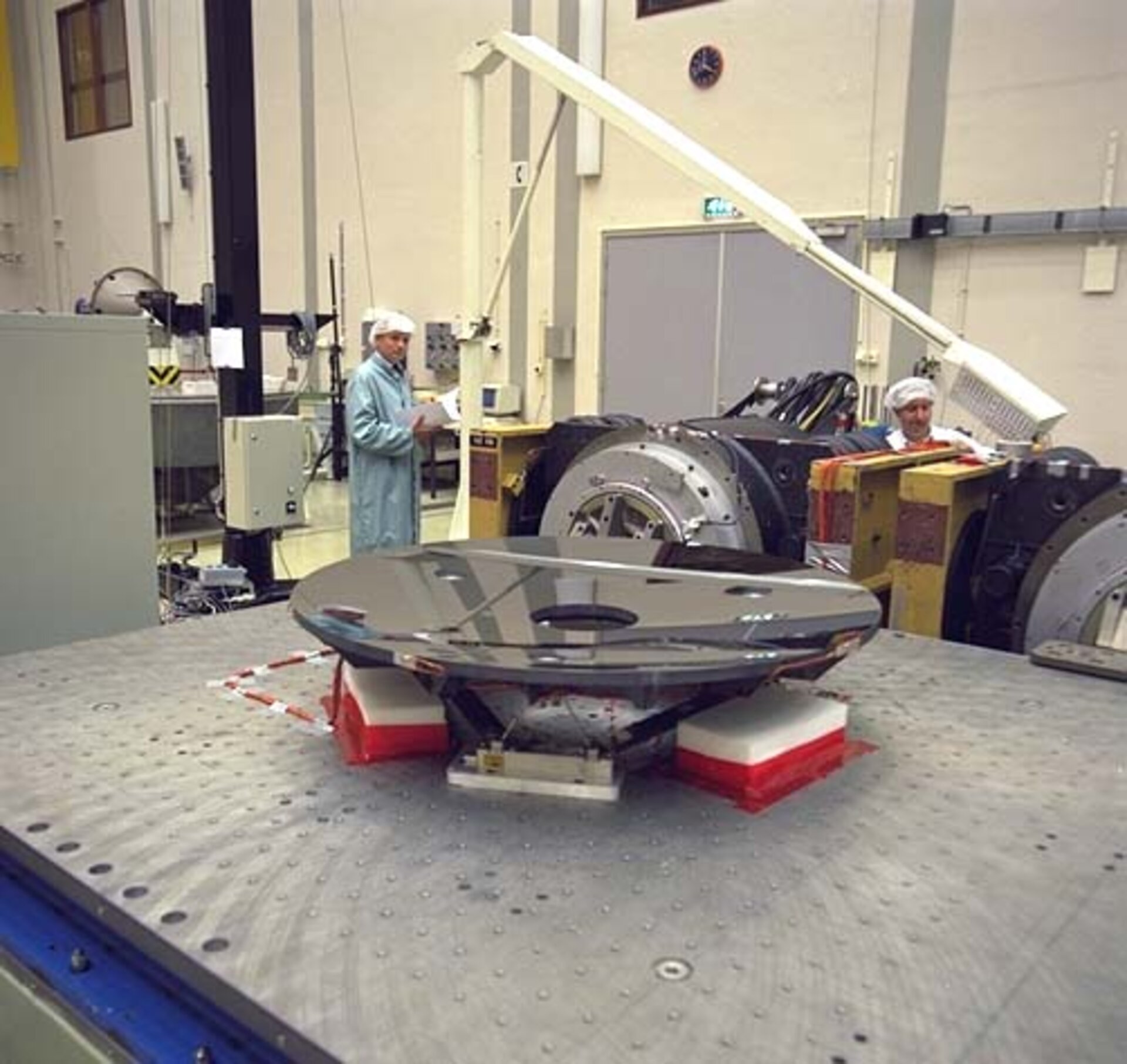 ESA's Far Infra-Red and Submillimetre Telescope (FIRST) Cornerstone mission will be launched in 2007 to undertake observations in one of the least explored windows on the Universe. FIRST will observe the births of stars and galaxies throughout the history of the Universe. By detecting the far-infrared and submillimetre emission radiated by gas and dust heated by young stars, it will help astronomers to understand the physics of how stars form and will enable the detection of galaxies forming in the very early Universe. FIRST's main mirror is a technological challenge. With a diameter of 3.5m, it will be the largest mirror ever sent into space, and it has to be extremely smooth, light and resistant. The technology for building it is still under study in the USA and Europe; ESA is waiting for the results to come in from the construction of two prototypes, each based on different materials and techniques. Tests were performed in May 1999 on the European prototype (pictured here). This is a 1.35m reflector made by Matra Marconi Space from silicon carbide (SiC), a ceramic material still rather new in space applications but already in use in industry. SiC seems to have all the advantages of metal and glass, such as lightness and high resistance to stress and changes in temperature, and can be polished and smoothed as if it were glass. To make sure these properties meet the requirements of a mirror for FIRST, the prototype had to pass a temperature-shape test at the Liege Space Centre (CSL) in Belgium. The surface was cooled from room temperature to about minus 160degC. Afterwards, laser measurements accurate to half a micron showed there to be no surface distortions. The vibration test shown here, in ESTEC's Test Centre, showed the mirror could withstand the forces of an Ariane-5 launch. FIRST will be launched in tandem with the Planck mission aboard an Ariane-5. Further information is available at http [Image Date: 1999/05] [99.05.005-007]