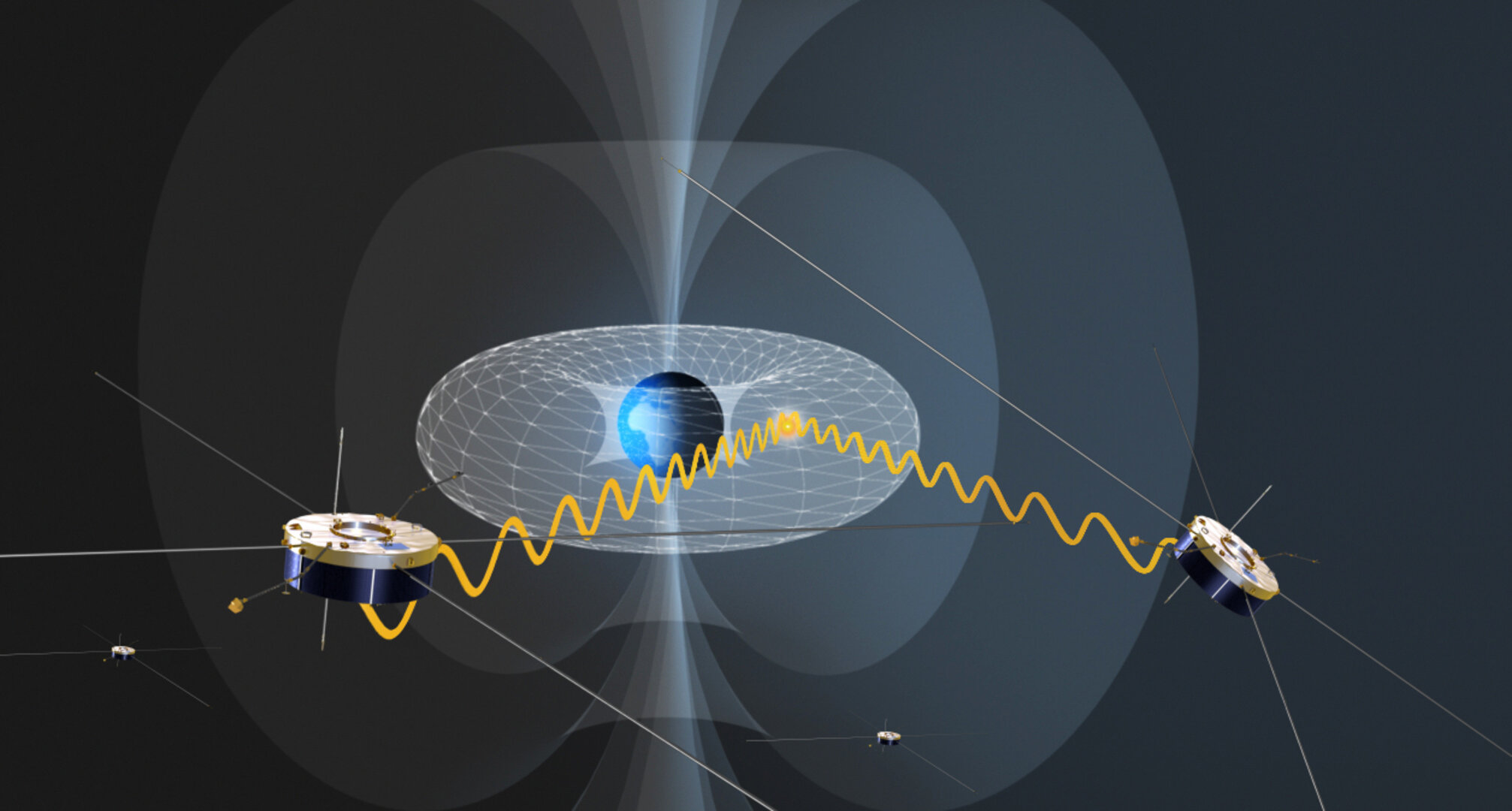 The Cluster spacecraft depicted in a special configuration for observing Earth's radio wave emissions in May 2008. Cluster spacecraft C3 and C4, in the foreground, were used as a single observatory for the study. The C3 spacecraft (right) is shown in the special 'tilt' configuration that was used for the observations for a period of one month. The 45-degree tilt allowed for detection of the signal in 3D, and showed different results to the more typical triangulation method.