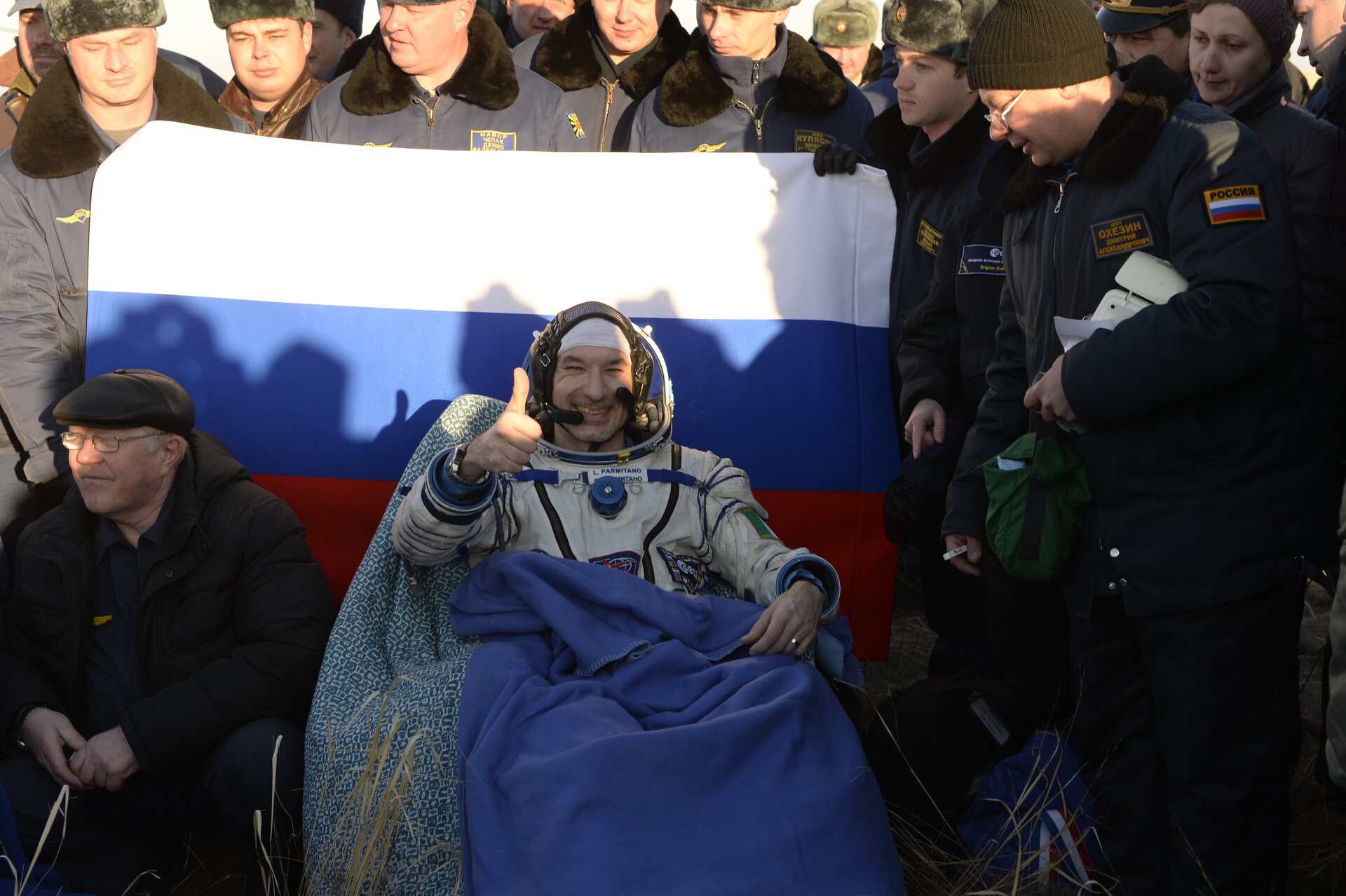 Luca back on Earth

After five months in space working on over 50 experiments, helping with the docking of three spacecraft and an intense return flight, ESA astronaut Luca Parmitano is still full of energy just after his landing in Kazakhstan.

Luca, NASA astronaut Karen Nyberg and cosmonaut commander Fyodor Yurchikhin landed at 02:49 GMT on 11 November 2013 in the same Soyuz TMA-09M spacecraft that flew them to the International Space Station on 29 May.

Following medical checks, Luca and Karen flew to Houston for debriefing and to recuperate from the effects of living in weightlessness, while scientists continue to observe them for their experiments.