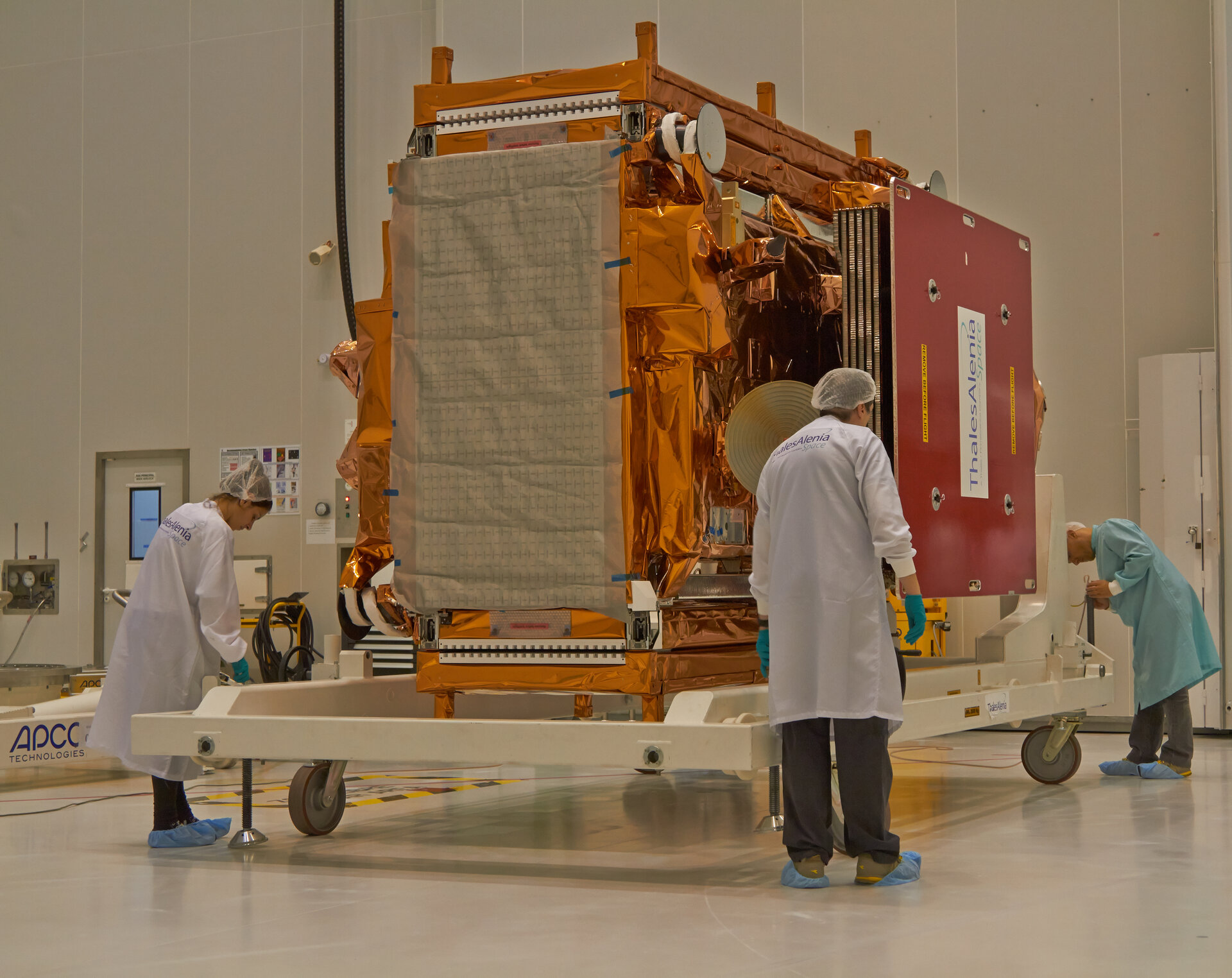 Time to prepare for liftoff

Once safely in the airlock at Europe’s Spaceport in French Guiana after its journey from Thales Alenia Space in Cannes, France, the team opened the transport container to check on Sentinel-1B. It was then moved to the ‘high bay’ for testing. The satellite will then join the Soyuz rocket that will take it into space. Liftoff is planned for 22 April 2016.