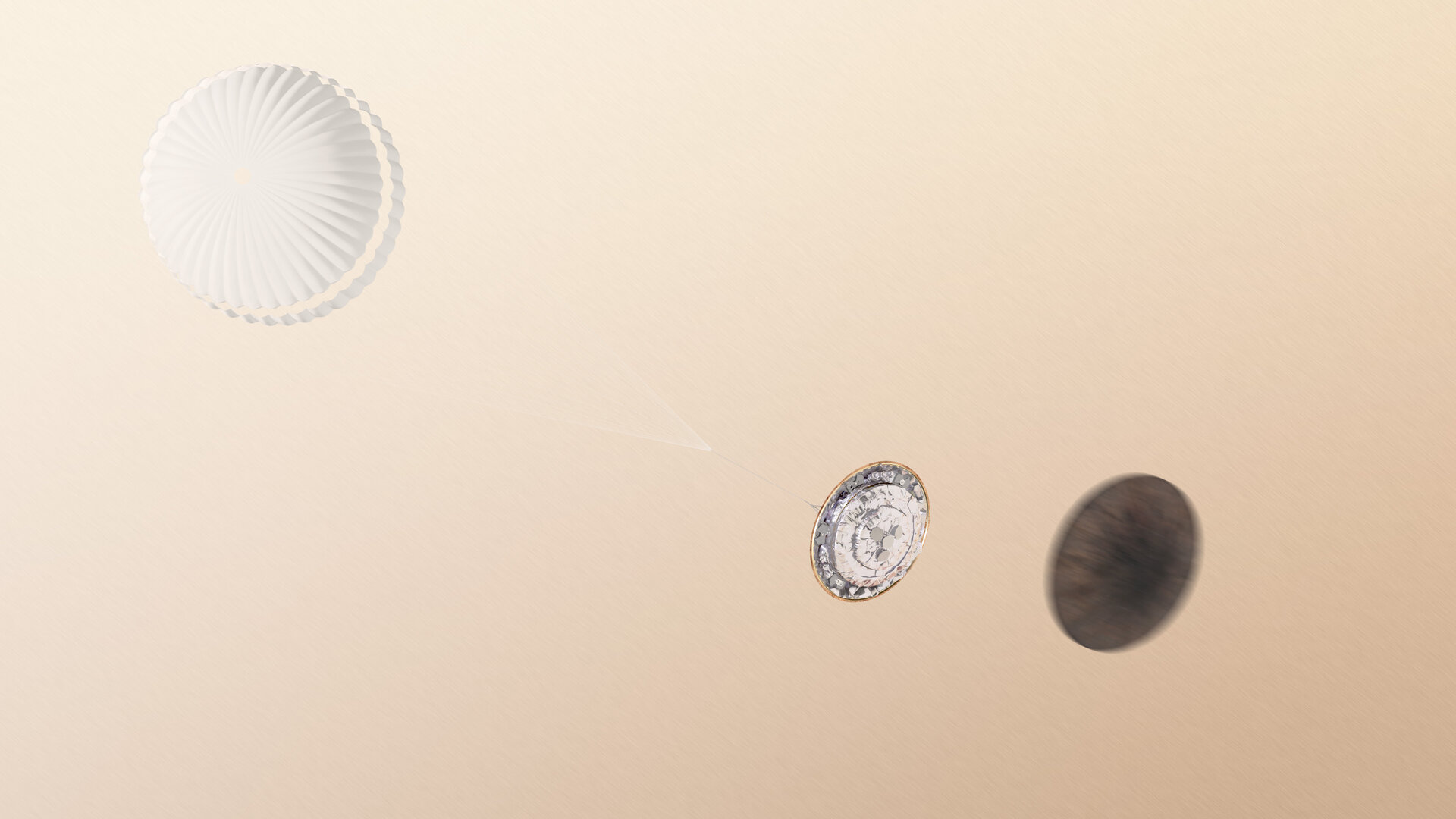 Artist’s impression of the Schiaparelli module after the parachute has been deployed and the front shield jettisoned.

On 19 October 2016, Schiaparelli will enter the atmosphere at an altitude of about 121 km and a speed of nearly 21 000 km/h. In the next few minutes, it will be slowed down by the increasing atmospheric drag, with the front shield of the aeroshell bearing the brunt of the heating. This will slowly char and ablate, allowing the absorbed heat to be carried away from the rest of the spacecraft.

At roughly 11 km above the surface, Schiaparelli’s speed will have decreased to

1700 km/h and a supersonic parachute will be deployed by a mortar. The parachute canopy will unfurl in less than a second, and 40 seconds later, after oscillations have died down, the front shield of the aeroshell will be jettisoned. The descent trajectory of the module will be recorded by an onboard engineering camera (DECA) that will take images to provide engineering insight into the descent and landing phase.

The parachute is a ‘disc-gap-band’ type - the type that was used for the ESA Huygens probe descent to Titan and for all NASA planetary entries so far.

The canopy, with a diameter of 12 m, is made from nylon fabric and the lines are made from Kevlar, a very strong synthetic material.