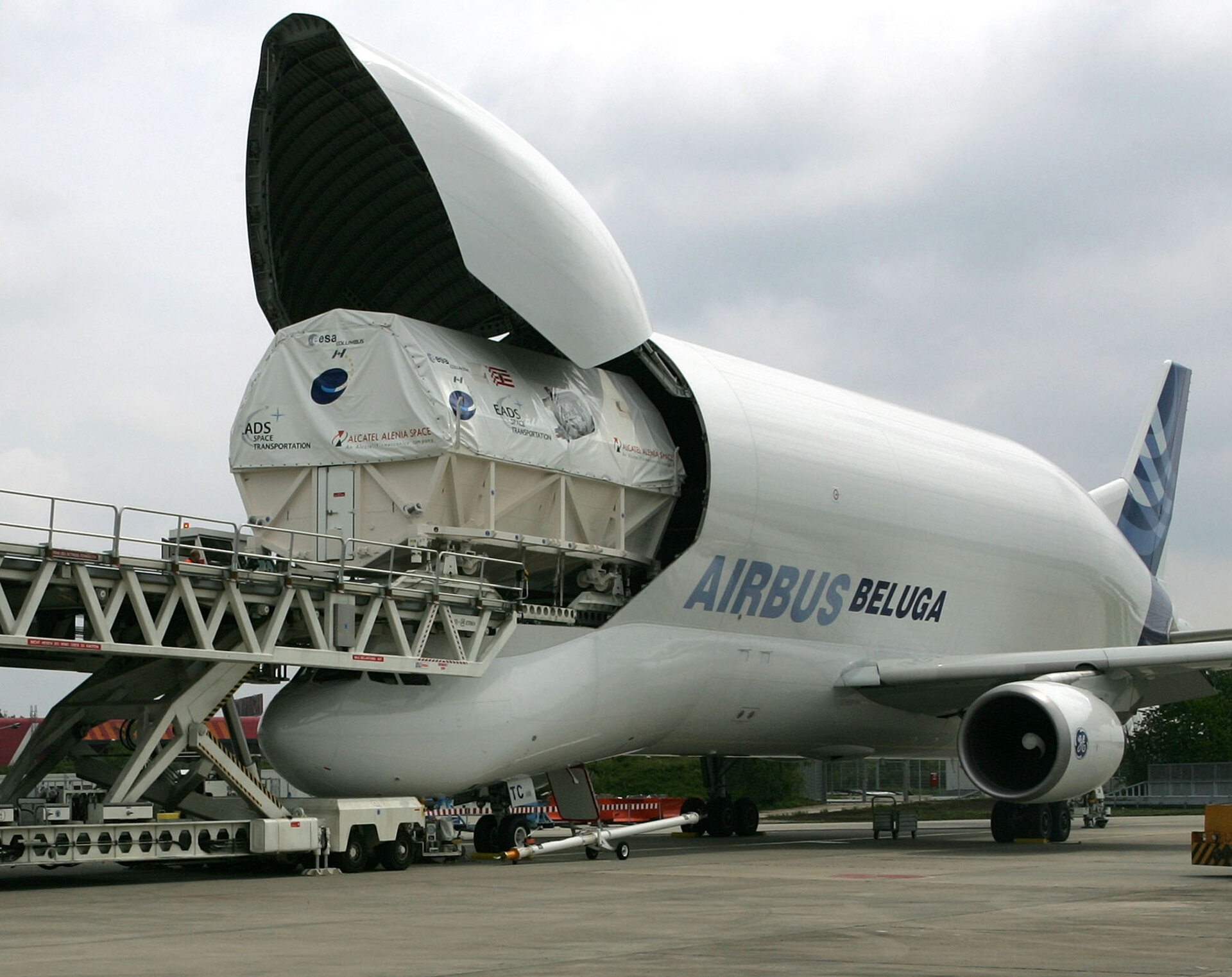 The European Columbus module is packed up and loaded for transport to the US in this image from 2006. Built in Turin, Italy, and Bremen, Germany, the completed module was shipped to NASA’s facilities in Cape Canaveral, Florida ahead of its February 2008 launch aboard Space Shuttle Atlantis.

Columbus has been providing microgravity research facilities for the past decade. In honour of this milestone, this week’s image celebrates Columbus’ triumph over setbacks. Many events factored into its delayed launch: the bureaucratic challenge of planning and budgeting, construction delays and the tragic 2003 Columbia Shuttle disaster meant Columbus was five years behind schedule by the time it climbed into the sky.

So it was with joy and relief when Columbus inside its climate-controlled container was loaded into the Beluga aircraft, an Airbus A300 named after the whale it resembles.

Among the many who attended its farewell ceremony was German Chancellor Angela Merkel.

Once at Kennedy Space Center in Florida, the fully integrated module underwent final tests before being loaded into the Shuttle payload bay.

Since its launch in February 2008, the biggest European contribution to human spaceflight has provided a multi-disciplinary, multi-user platform for research in biology, fluidics and physics, and technology demonstrations – and continues to do so today.