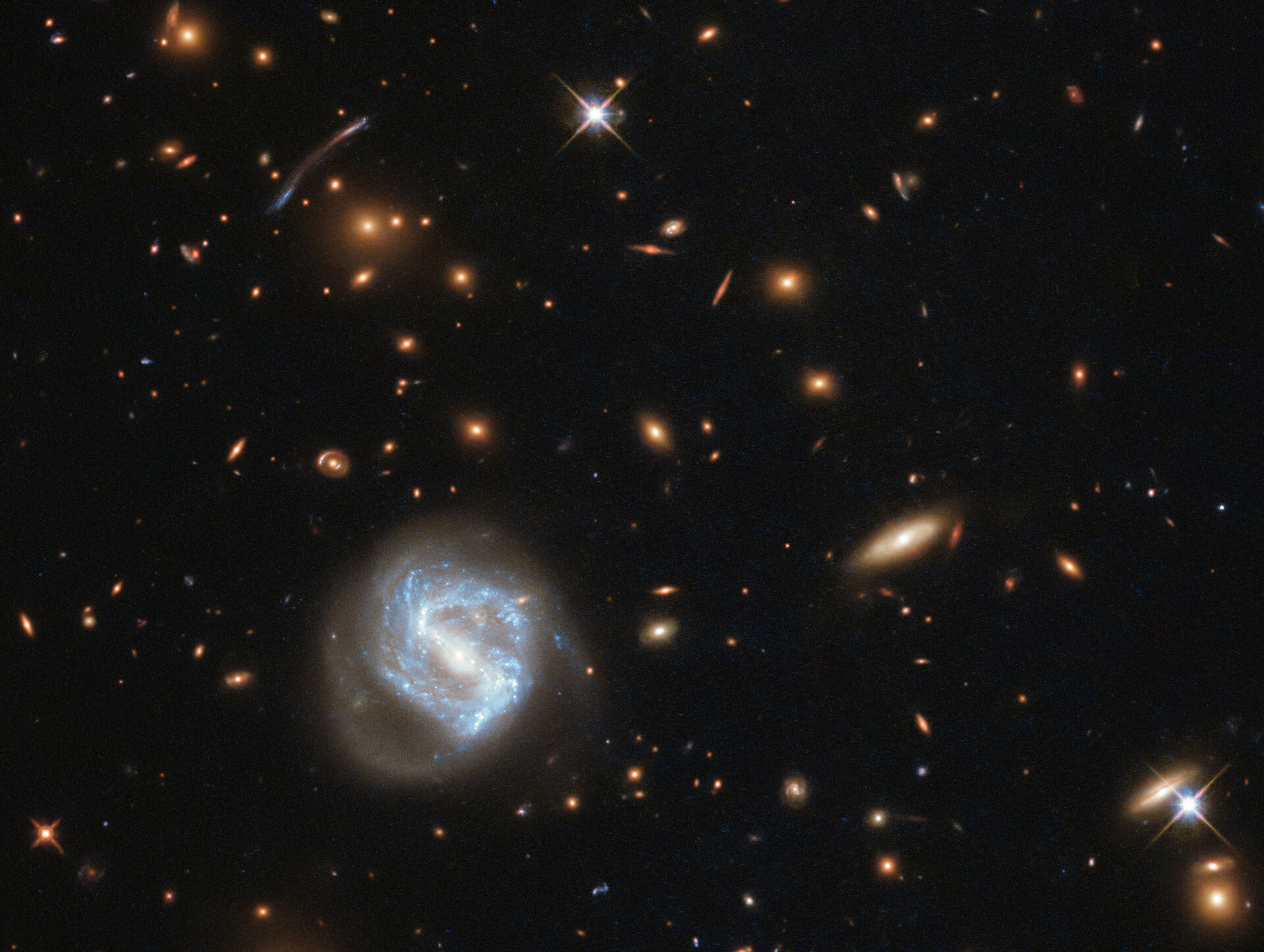 Between Local and Laniakea

At first glance, this image is dominated by the vibrant glow of the swirling spiral to the lower left of the frame. However, this galaxy is far from the most interesting spectacle here — behind it sits a galaxy cluster.

Galaxies are not randomly distributed in space; they swarm together, gathered up by the unyielding hand of gravity, to form groups and clusters. The Milky Way is a member of the Local Group, which is part of the Virgo Cluster, which in turn is part of the 100 000-galaxy-strong Laniakea Supercluster.

The galaxy cluster seen in this image is known as SDSS J0333+0651. Clusters such as this can help astronomers understand the distant — and therefore early — Universe. SDSS J0333+0651 was imaged as part of a study of star formation in far-flung galaxies. Star-forming regions are typically not very large, stretching out for a few hundred light-years at most, so it is difficult for telescopes to resolve them at a distance. Even using its most sensitive and highest-resolution cameras, Hubble cannot resolve very distant star-forming regions, so astronomers use a cosmic trick: they search instead for galaxy clusters, which have a gravitational influence so immense that they warp the spacetime around them. This distortion acts like a lens, magnifying the light of galaxies sitting far behind the cluster and producing elongated arcs like the one seen to the left of centre in this image.