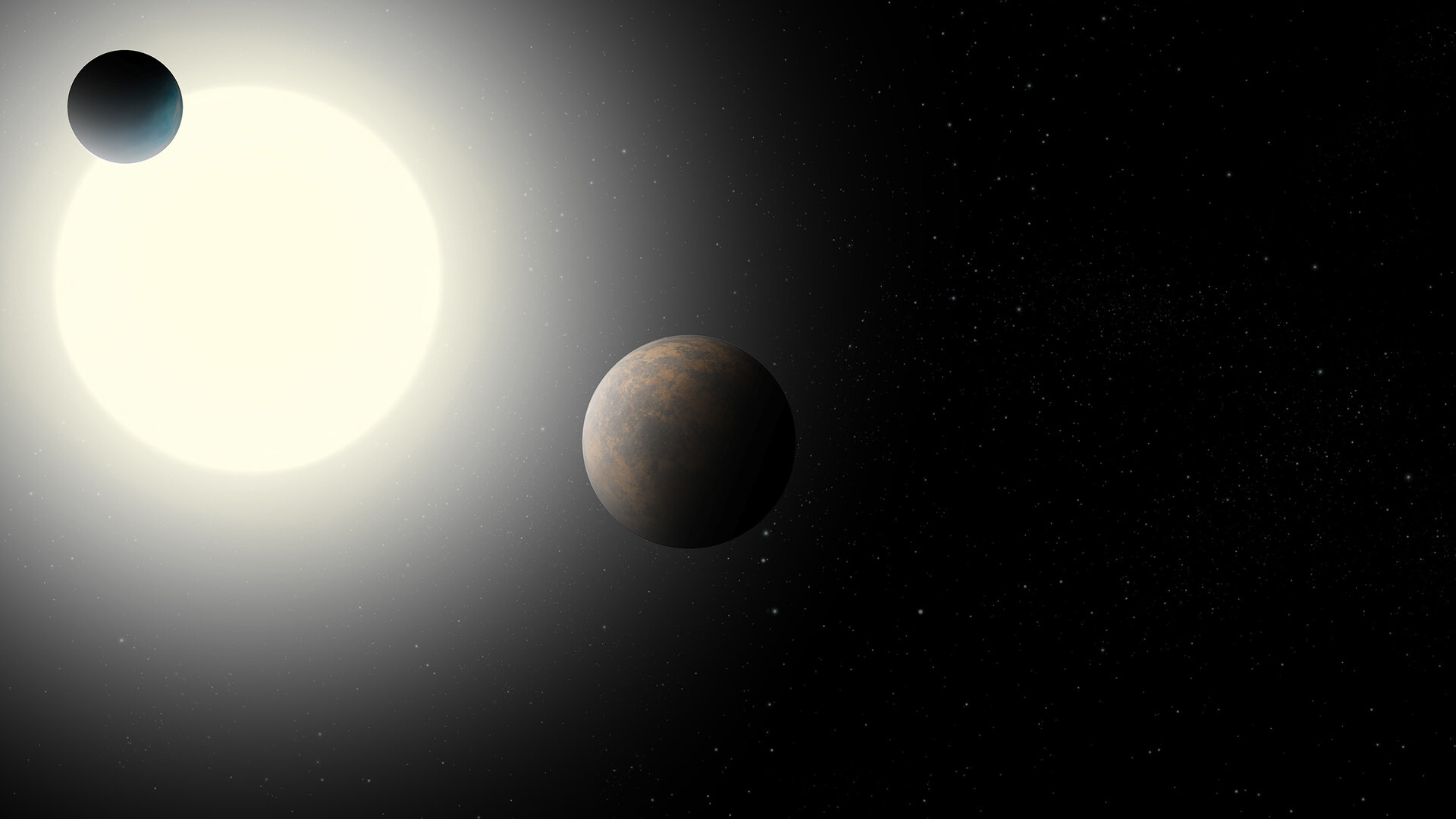 Artist’s impression of an exoplanet system.

ESA plans to launch three dedicated exoplanet satellites in the next decade, each tackling a unique aspect of exoplanet science: Cheops, Plato and Ariel.

The Characterising Exoplanet Satellite, Cheops, will observe bright, nearby stars that are already known to host exoplanets, focusing particularly on those with Earth- to Neptune-sized planets. It will make precise measurements of transiting planets in order to derive their density, and as such make a first-step characteristation of their nature and structure, discerning between rocky, icy, water or gas planets.

Plato, the PLAnetary Transits and Oscillations of stars mission, is a next-generation planet hunter with an emphasis on the properties of rocky planets in orbits up to the ‘habitable zone’ – where liquid water can exist on the planet’s surface – around Sun-like stars. It will also investigate seismic activity in stars. This will enable precise characterisation of the planet’s host star, including its age, providing insight into the age and evolutionary state of the planet system.

Ariel, the Atmospheric Remote-sensing Infrared Exoplanet Large-survey mission will take exoplanet characterisation one step further, performing a chemical census of a large and diverse sample of exoplanets by analysing their atmospheres. This will enable the study of exoplanets both as individuals and, importantly, as populations, in greater detail than ever.

Cheops will also help provide targets for other missions, including the international James Webb Space Telescope, which will be used to search for the signatures of water and methane, important elements in our quest for signs of habitability.

These missions will keep ESA at the forefront of exoplanet research well beyond the next decade, and will build on answering the fundamental question: what are the conditions for planet formation and the emergence of life?