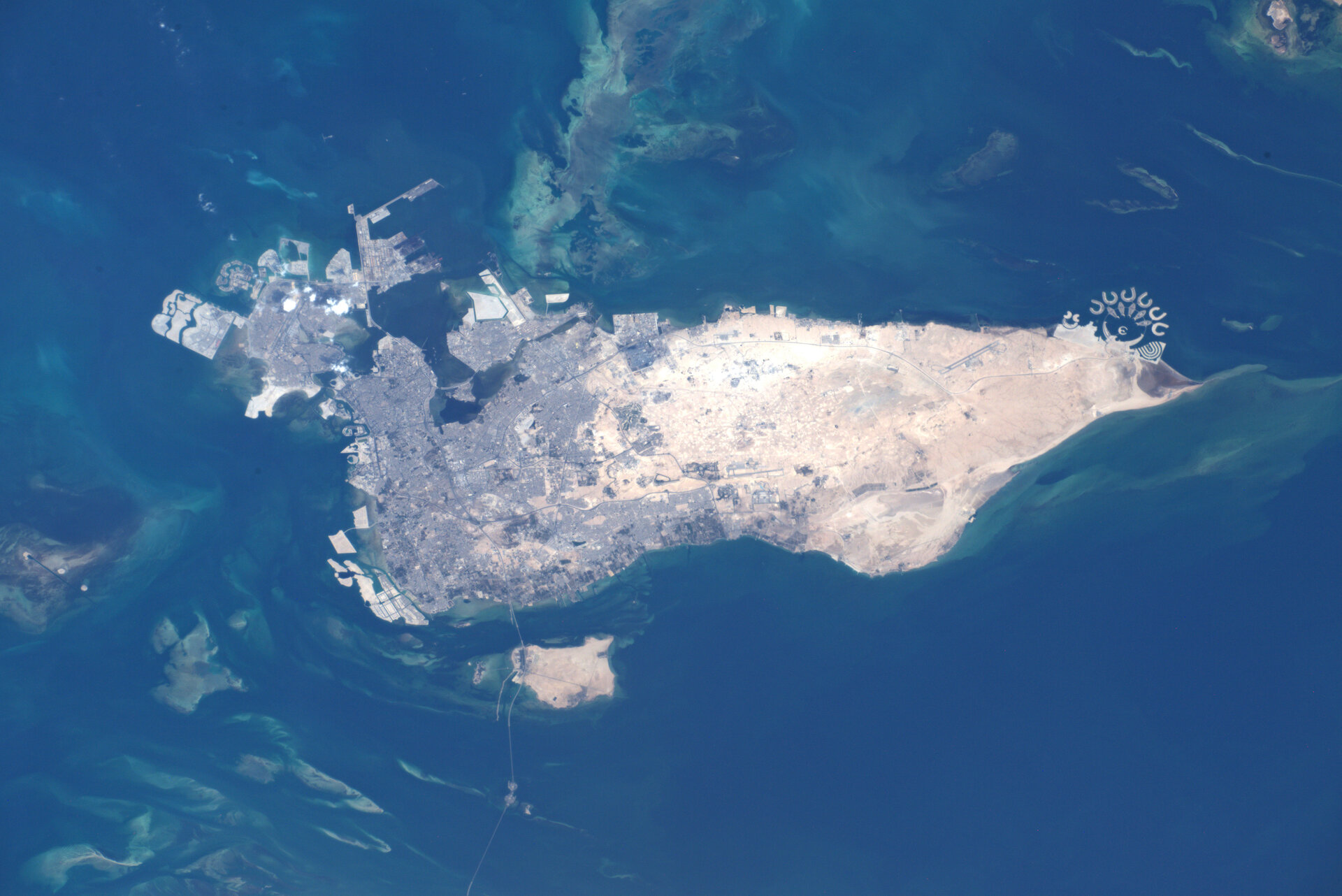 ESA astronaut Luca Parmitano captured this image of the United Arab Emirates (UAE) from the International Space Station and posted it to social media with the caption: "A homage to our colleague @astro_hazzaa: may the moon island be a sign of one of your next flights!"

Hazzaa Ali Almansoori is the first astronaut of the UAE and spent eight days on the International Space Station with Luca in September/October 2019.