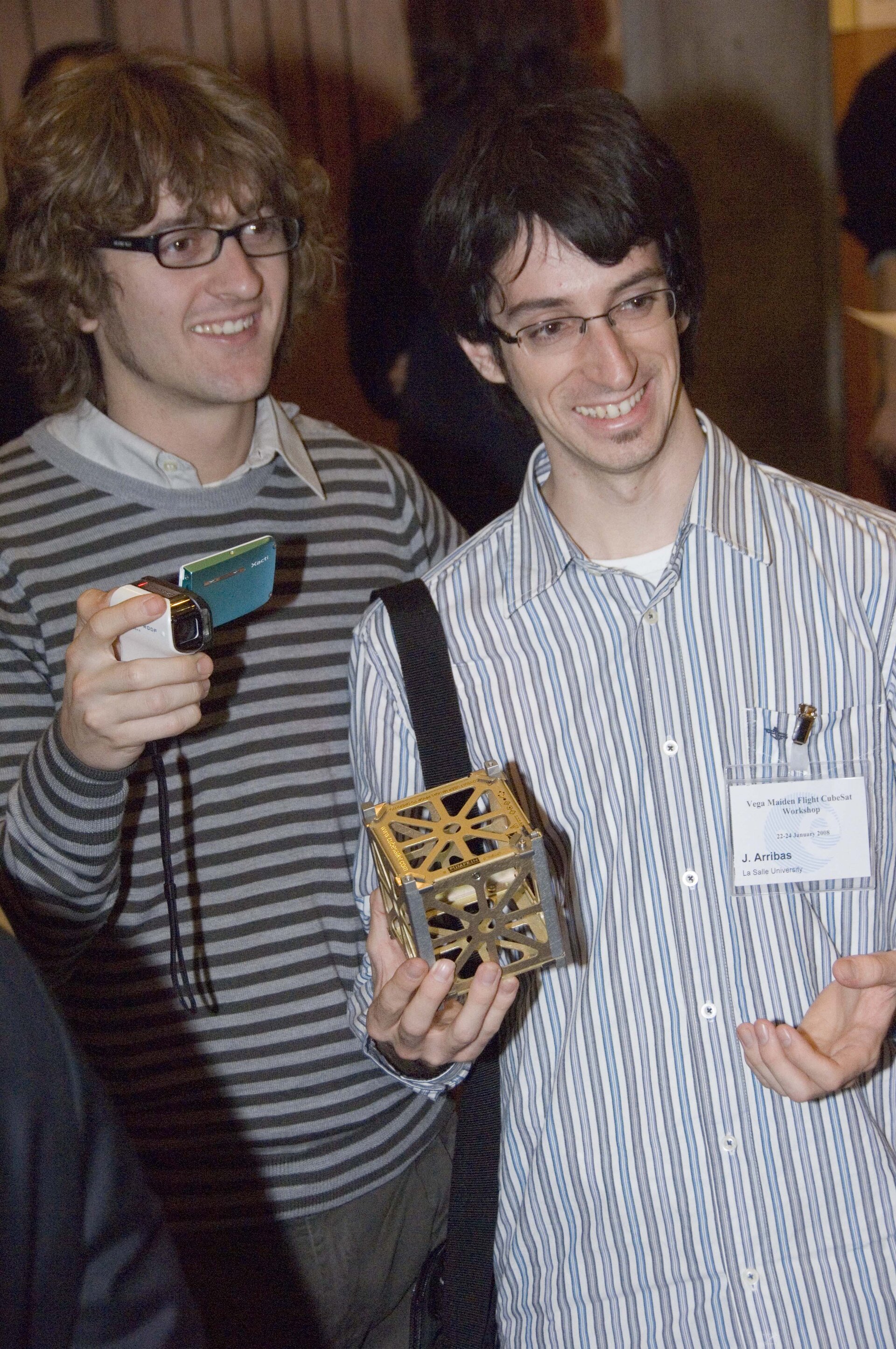 This week, students and professors from 30 European universities converged on ESA’s Space Research and Technology Centre (ESTEC) in Noordwijk, the Netherlands, for the Vega maiden flight CubeSat workshop - the first dedicated CubeSat workshop to be held at European level.

The workshop followed an initial announcement of opportunity in October 2007, for student teams from across Europe to prepare CubeSats that may be flown on the maiden flight of ESA’s Vega launcher

During the workshop, 30-minute splinter sessions gave each of the invited teams the opportunity to describe their plans and the stage of development of their proposals. During these sessions, draft proposals were presented by 24 teams from almost all of the ESA Member States and Co-operating States. A panel of ESA experts and representatives from the Education Office was on hand to ask questions and provide feedback.

The programme also included a series of talks during plenary morning sessions on ESA educational activities and various aspects of CubeSats. Among the guest speakers was Prof. Robert Twiggs from Stanford University, who developed the original concept of CubeSats - picosatellites measuring 10x10x10 cm.

"The response from the European student community has been very encouraging and we are looking forward to a keen competition for places on the Vega flight," said Helen Page of ESA’s Education Office. "The Vega maiden flight is a great opportunity for students to gain experience of end-to-end development of a space project within a limited period of time."

The official call for proposals for European CubeSats on the Vega maiden flight will be issued in the next few days on the ESA Education website. The deadline for the submission of proposals will be 29 February 2008. The selection of the six CubeSats (plus two backups) to fly on the Vega will be made shortly thereafter.

On 28 May 2007, Antonio Fabrizi, ESA’s Director of Launchers, and René Oosterlinck, the Agency’s Director of Legal Affairs and External Relations, signed an agreement to include an educational payload on the maiden flight of the Vega launch vehicle from Kourou, French Guiana, currently planned for December 2008.

The educational payload will include six CubeSats that will be released into orbit from the main Vega launch vehicle qualification payload. After release, each 1 kg CubeSat is expected to operate autonomously in orbit for up to one year.