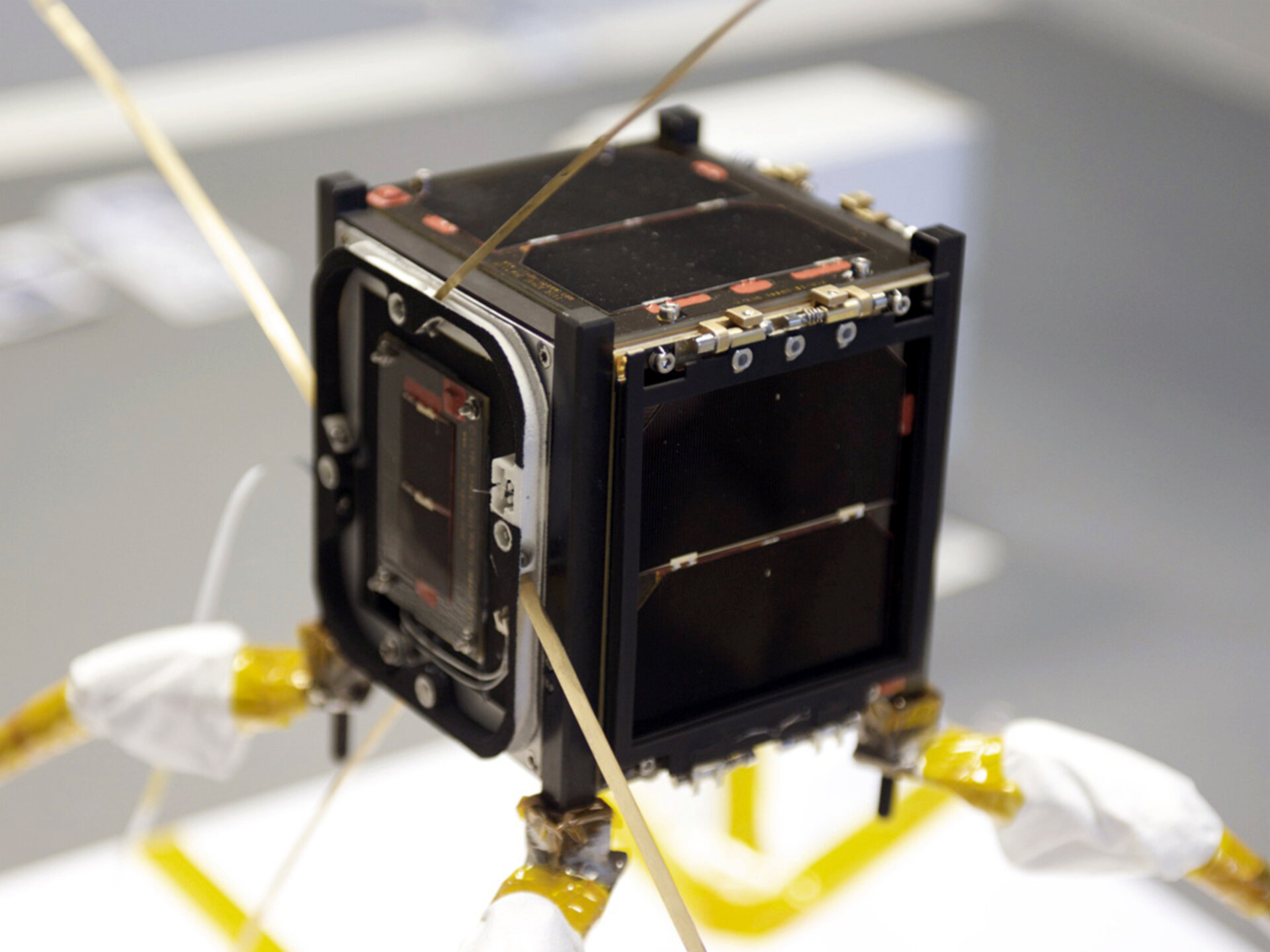 The excitement is mounting, not only at the launch site in Kourou, French Guiana, but also in universities across Europe, as ESA's Vega launch vehicle is prepared for its maiden flight. Among the payloads on board Europe's latest rocket are seven student-built CubeSats sponsored by ESA.

The story of the ESA CubeSats – dubbed the 'ESA Cubs' - began in May 2007, when the Agency decided to include an educational payload, including up to six CubeSats, on the first flight of Vega. This was followed in January 2008 by the first dedicated CubeSat workshop to be held at European level.

"We didn’t know what to expect, since CubeSat missions were only just starting to become popular amongst universities at that time," said Roger Walker, the Head of Education Projects at the ESA Education Office. "The level of interest was amazing, with more than 120 people attending the workshop. We were also surprised by the diversity of the projects that were put forward, demonstrating the high creativity of the CubeSats community. In the end we selected 24 student teams to present their ideas during the workshop at the European Space Research and Technology Centre (ESTEC), in the Netherlands."

A few weeks later, a call for CubeSat mission proposals was issued to universities in ESA Member States and Cooperating States. When the response was once again much greater than anticipated, decided to increase the number of Vega CubeSat flight opportunities from six to nine, with two additional backups.

As the selected university teams began to design and build their tiny satellites, a second CubeSat workshop was held at ESTEC in January 2009. The event attracted even greater interest, with 175 participants from many different countries. The workshop provided an opportunity for the student teams to give updates on the development status of their projects and to exchange information with other teams and representatives of ESA and industry.

"The CubeSats are an ideal educational tool, offering hands-on experience to aerospace engineering students in designing, testing, and operating a spacecraft system and its ground segment, at an accessible cost" said Piero Galeone, the CubeSats project manager.

"However, they can also be quite challenging, especially if a team has no previous experience of building a satellite. On the Vega flight, which is targeted for lift-off on 9 February, we are flying six of the 11 CubeSats originally selected. The seventh is a satellite from Hungary, which was chosen more recently as a last-minute back-up."

With the launch fast approaching, time was of the essence, but, despite some delays and technical problems, the individual CubeSats were delivered, tested, accepted and integrated inside their deployment systems (called P-PODs ) from mid-October 2011 onwards. The P-PODs were then delivered to the Kourou spaceport in French Guiana at the end of November.

"The P-PODs containing the CubeSats were small and light enough to be carried by hand, so we put them in carry cases and transported them as hand luggage on the aeroplane flight to French Guiana, which was definitely a very novel way to deliver satellites to Europe's spaceport!" explained Roger Walker.

In mid-December, the three P-PODs containing the CubeSats were integrated with the LARES System, the primary payload of the Vega mission. All that awaits is the historic lift off, marking a new chapter in European access to space and educational enterprise.