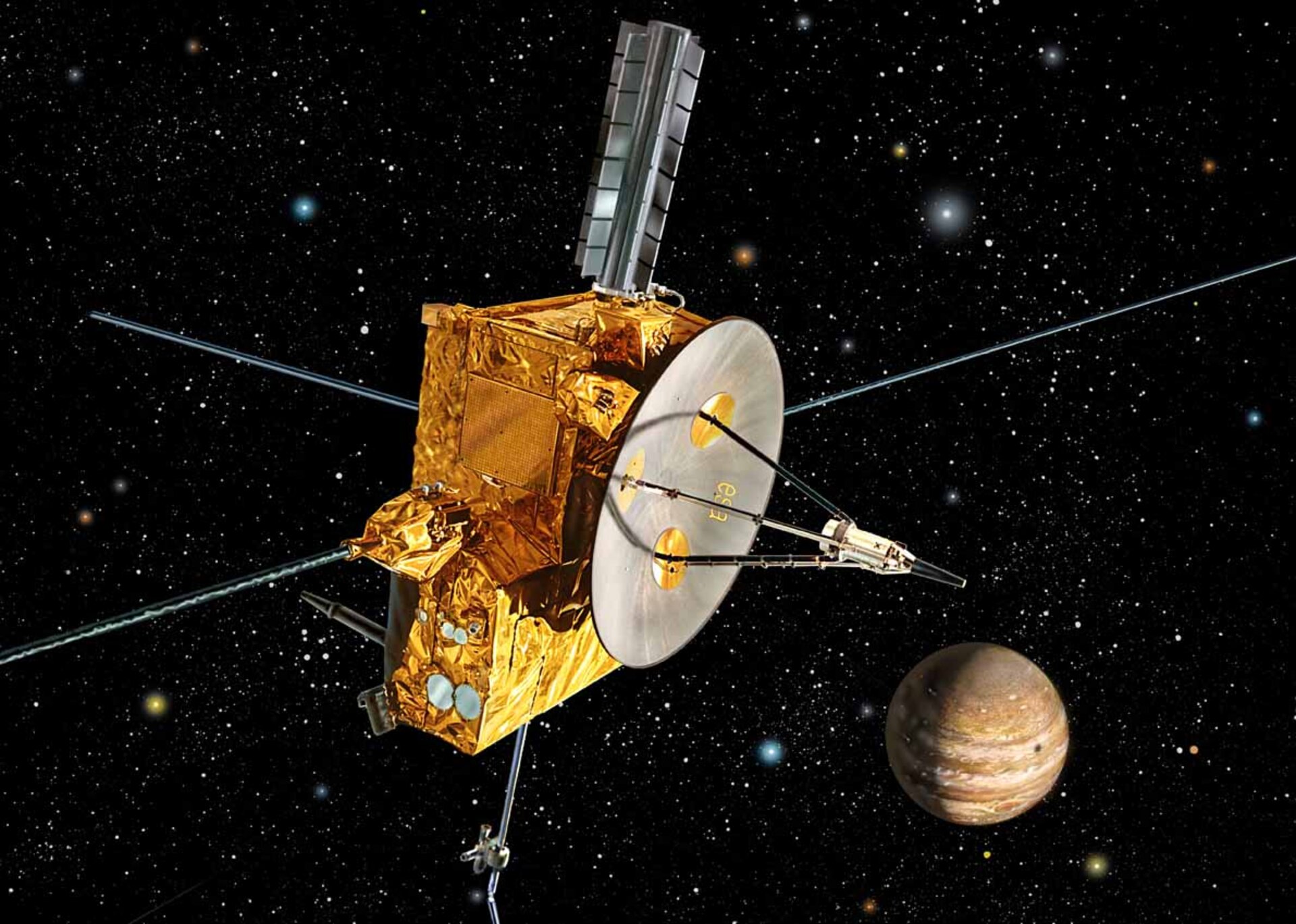 Special operations began on Friday (1 December) to keep Ulysses communicating with Earth over the next year when the spacecraft is closest to the Sun during the short leg of its orbit.

Without the special operations, the spacecraft’s high gain antenna would wobble about its normal position to such an extent that it would eventually loose sight of the ground station on Earth and be unable to send data or receive instructions. “We predicted that the spacecraft would start to nutate at the beginning of December – that is experience a disturbance in its spin motion. The nutation deflects the high gain antenna away from Earth,” says Richard Marsden, Ulysses project scientist at ESTEC in the Netherlands.

The solution is to transmit a signal continuously from Earth, from which the spacecraft can get its bearings and make appropriate adjustments to counteract the wobble. “By 1 December we needed to send a continuous up-link beacon. The spacecraft will steady itself by firing its thrusters to ensure that the antenna can remain locked on to this signal,” says Marsden.

For the first few months, the signal will be sent from NASA’s Deep Space Network in Canberra, Australia. In February and March, however, when the spacecraft is no longer always visible from Canberra, ESA’s satellite communication station in Kourou, French Guyana will take over, followed by a satellite dish in Madrid, Spain which will be supplemented by one in Goldstone, California, USA. A station in Santiago, Chile will provide back up. ”If we loose the signal for more than half an hour, there could be a real problem,” says Marsden.

The joint ESA/NASA operations team located at NASA’s Jet Propulsion Laboratory in Pasadena, California is overseeing the operations. “We have to have someone monitoring the ground segment 24 hours a day, seven days a week for one year. Ulysses on-board electronics locks on to the signal and makes corrections, but if it fails to do that we need to know immediately so that we can take action,” says Peter Beech, Ulysses mission operations manager from ESA’s JPL office. In a labour intensive operation, five controllers will be rotated around the clock to monitor procedures and at least two spacecraft engineers will be on call to deal with problems as they arise.

The nutation problem occurs when the axial boom, mounted on the opposite side of the spacecraft from the high gain antenna, is partly illuminated by the Sun. For most of Ulysses’ orbit, the boom is in the shadow of the spacecraft. However, when Ulysses travels the “short” stretch of its orbit from the Sun’s south to north pole, the boom is heated and cooled as sections of it move in and out of sunlight. The heating and cooling cause it to flex as it expands and contracts, which introduces the wobbling motion to the spacecraft. Left uncorrected, the wobble would affect the high gain antenna’s ability to communicate with Earth.

The problem first occurred shortly after launch in 1990 as the boom was deployed. “Our experience then allowed us to forecast when the problem would occur again and for how long it would last,” says Beech. The second occurrence was during 1994-5 when Ulysses was on the short leg of its first orbit. This time, the problem will continue until December 2001, by which time Ulysses will have passed the north pole of the Sun.