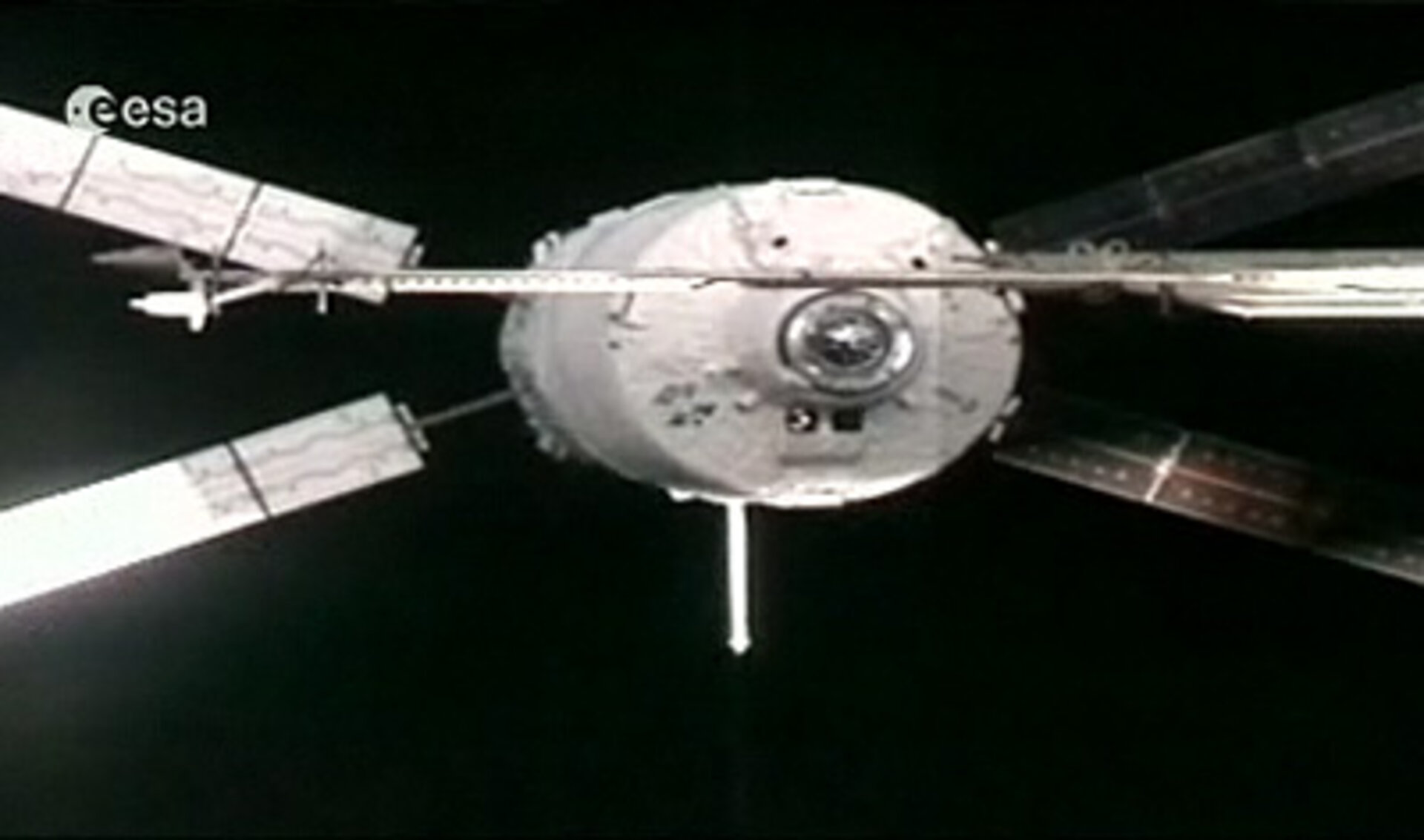 An ATV could carry more than 6.6 tonnes of wet and dry cargo. In addition, ATV carries about 2.5 tonnes of fuel for its own use, for rendezvous and docking with the International Space Station, performing manoeuvres on the way, and deorbiting at the end of the mission.

The cargo was calculated for each mission depending on the Station's need, but in general the total ATV cargo capacity was allocated as follows :

Propulsive support propellant (up to 4.0 tonnes)
This took up the largest proportion of the ATV cargo. This propellant was used by ATV to reboost the International Space Station to a higher orbiting altitude in order to counter the effects of atmospheric drag, for attitude control and for debris avoidance if needed. The propellant consisted of two different types: monomethylhydrazine (MMH) and mixed oxides of nitrogen (MON3).

Refuelling propellant (up to 860 kg)
Once attached to the Station, up to 860 kg of refuelling propellant could be transferred from ATV to the Space Station. This consisted of two different fluids: the fuel unsymmetrical dimethylhydrazine (UDMH) and the oxidiser, nitrogen tetroxide (N2O4), which provided a source of oxygen so the fuel can ignite and burn in orbit. This is used by the Station for orbit and attitude control with its own engines.

Water (up to 855 kg)
This is what is known as potable water for use by the crew for drinking, food rehydration and oral hygiene.

Gases (up to 102 kg)
Two gases could be transported at a time to resupply the atmosphere on the International Space Station made up of oxygen, nitrogen and air.

Up to 3.2 tonnes of dry cargo could be transported to the International Space Station inside the Integrated Cargo Carrier of the ATV. This included food for the crew, spare parts, clothing, and additional items.

From ATV-2 onwards it was possible to add dry cargo just weeks before launch through the same hatch astronauts used to access the spacecraft in space. In the run-up to launch ATVs were placed vertically on their Ariane 5 launcher meaning that late cargo had to be loaded by an operator that was lowered in through the top of the vehicle.

This addition to the mission allowed for more flexibility in the cargo and last-minute requests from ESA's international partners.