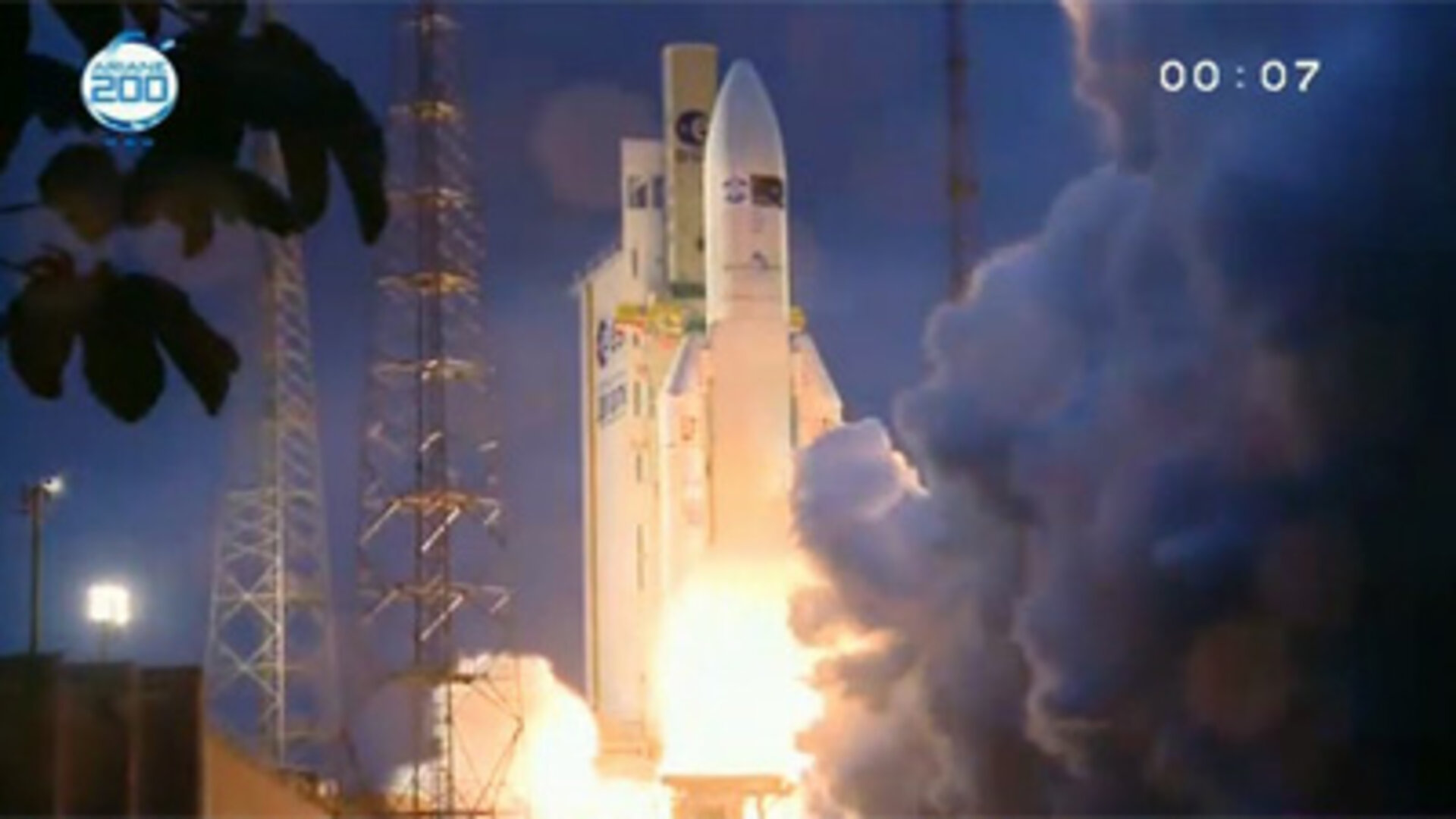 The flight of the first ATV, Jules Verne, launched in 2008, differed from later flights, because it was used to demonstrate a number of special ATV features such as attitude control, ATV Control Centre’s capability to perform orbit manoeuvres and collision avoidance manoeuvres, the latter being a key safety requirement for the International Space Station.

ATVs were launched from French Guiana by an Ariane 5 ES rocket and injected into a 51.6 degree orbit - the same as the International Space Station - at an altitude of around 260 km, around 100 km lower than the Station. Approximately 75 minutes after liftoff, when separation was confirmed with the launcher, ATV became a fully automatic spaceship.

Next, ATV entered a phasing stage of the mission. A set of orbital manoeuvres executed by the ATV Control Centre brought ATV to a distance of 39 km behind and 5 km below the International Space Station. If needed, ATV could hold a parked position 2000 km from the Station.

When phasing was finished, ATV was ready to dock with the International Space Station. ATV set up a direct link with the Station, allowing it to start relative and accurate navigation using GPS technology.

At a distance of 249 m, ATV's computers used videometer and telegoniometer data for final approach and docking manoeuvres. ATV's speed relative to Station slowed down to 7 cm/s - about the speed of a turtle.

As ATV got closer to its objective, ATV-CC ground controllers directed the spacecraft in a step-by-step predefined approach. This approach required authorisation from the Russian Mission Control Centre in Moscow because ATV docked with the Russian Zvezda segment of Station. Coordination with Mission Control Centre in Houston was also necessary as they are responsible for the entire Space Station. For each of these steps, ATV performed automated manoeuvres.

For the final rendezvous manoeuvres, ATV used its eye-like sensors, combined with additional parallel measurement systems, which ensured an automatic docking with an incredible 1.5 cm precision while the spacecraft and the International Space Station circled the Earth at 28 000 km/h.

Any last-minute problems, either in ATV’s computers, the control centre or the Station’s crew could trigger a programmed sequence of anti-collision manoeuvres that was fully independent of the main navigation system.

Extension of the Station

Once docked, ATV remained an intrinsic part of the International Space Station for up to six months, becoming an extension of the orbital outpost.

The 48 m³ pressurised module of ATV delivered up to 6.6 tonnes of equipment, fuel, food, water and air for the crew.

ATV used up to 4 tonnes of propellant to raise the Space Station's altitude which naturally decreases due to atmospheric drag.

After six months of being an extension of the Station, ATVs were loaded with up to 6.5 tonnes of material no longer required on the International Space Station, and separated with the same safety procedures performed for the docking.

ATV then burnt up completely during a guided and controlled reentry high over the Pacific Ocean.