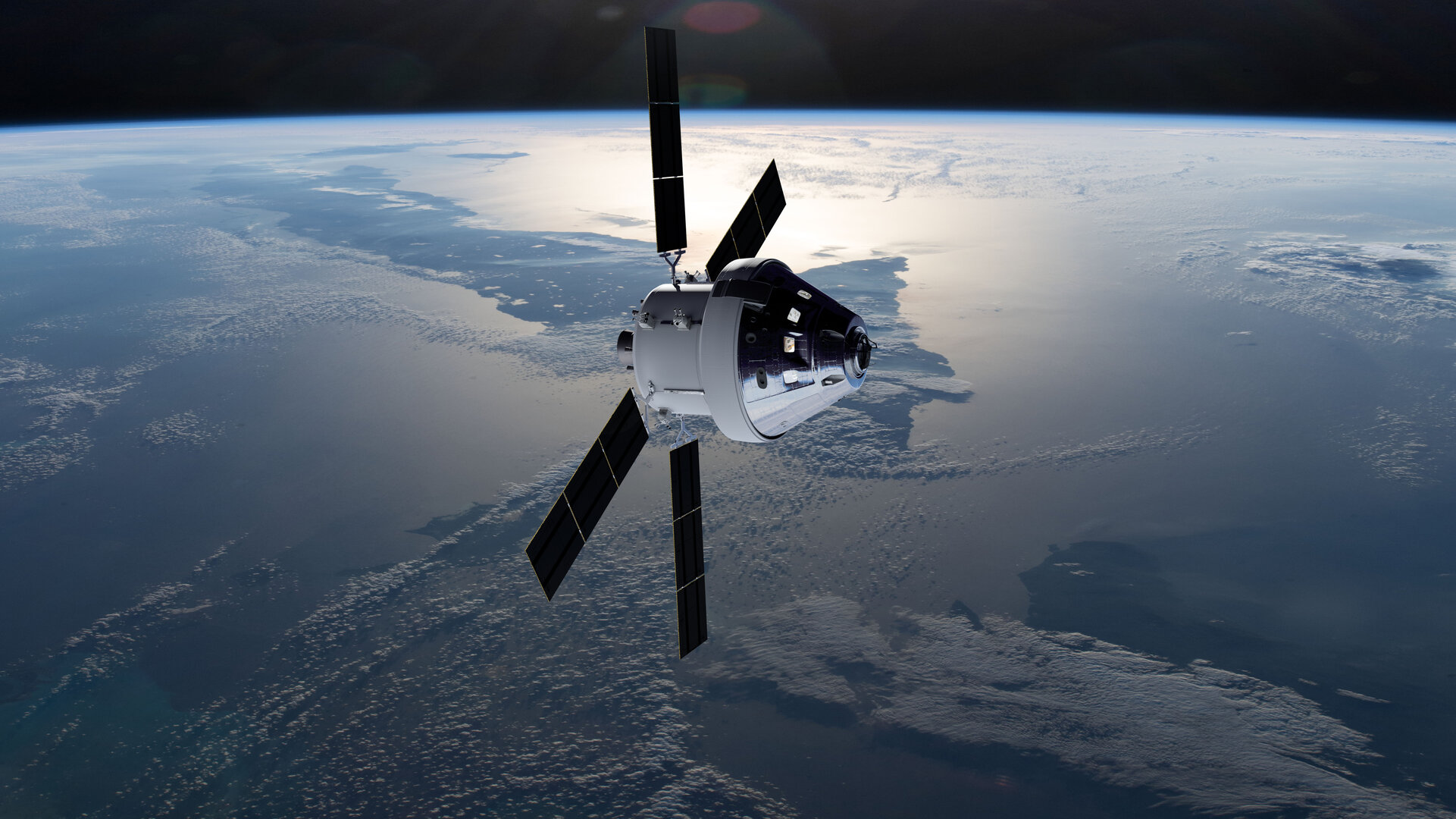 NASA’s Orion spacecraft, powered by the European Space Module, is an exploratory vehicle designed for longer-duration flights beyond the Moon.

Following Orion’s Artemis-1 (formerly called the Exploration Mission-1), during which the spacecraft will travel beyond the Moon, enter a distant retrograde orbit around the Moon and return to Earth unmanned, Artemis-2 will see a crewed spacecraft complete a slightly different flight path.

The first mission is more technical, testing the capabilities of the Orion spacecraft with NASA’s Space Launch Systems rocket as well as manoeuvres and trajectories for flights beyond the Moon. Building on this, the second mission will continue to test the functionality during a crewed mission. As such, Orion will be equipped with oxygen tanks for its second mission, which are not needed for the ground-controlled Artemis-1. Other additions in the crew module include crew displays and full life support.

Like Artemis-1, Orion’s second mission will be launched from the Kennedy Space Center in Florida, USA, currently scheduled for 2022. Once in low-Earth orbit, the Interim Cryogenic Propulsion Stage (ICPS) will fire to insert the spacecraft into a highly elliptical demonstration orbit around Earth at its furthest point they will be over 2220 km above Earth. Whereas in the first mission the ICPS fired Orion into its lunar orbit, for the second mission it will be the European Service Module that will give the spacecraft its final push to inject it into translunar orbit.

The crew will fly Orion to 8889 km beyond the Moon before completing a lunar flyby and returning to Earth. The mission will take a minimum of 8 days and will collect valuable flight test data.

Technical details of the European Service Module
The total launch mass of ESA’s contribution to the Orion mission is 13 500 kg for the lunar missions (Orion will weigh over 20 tonnes in total):