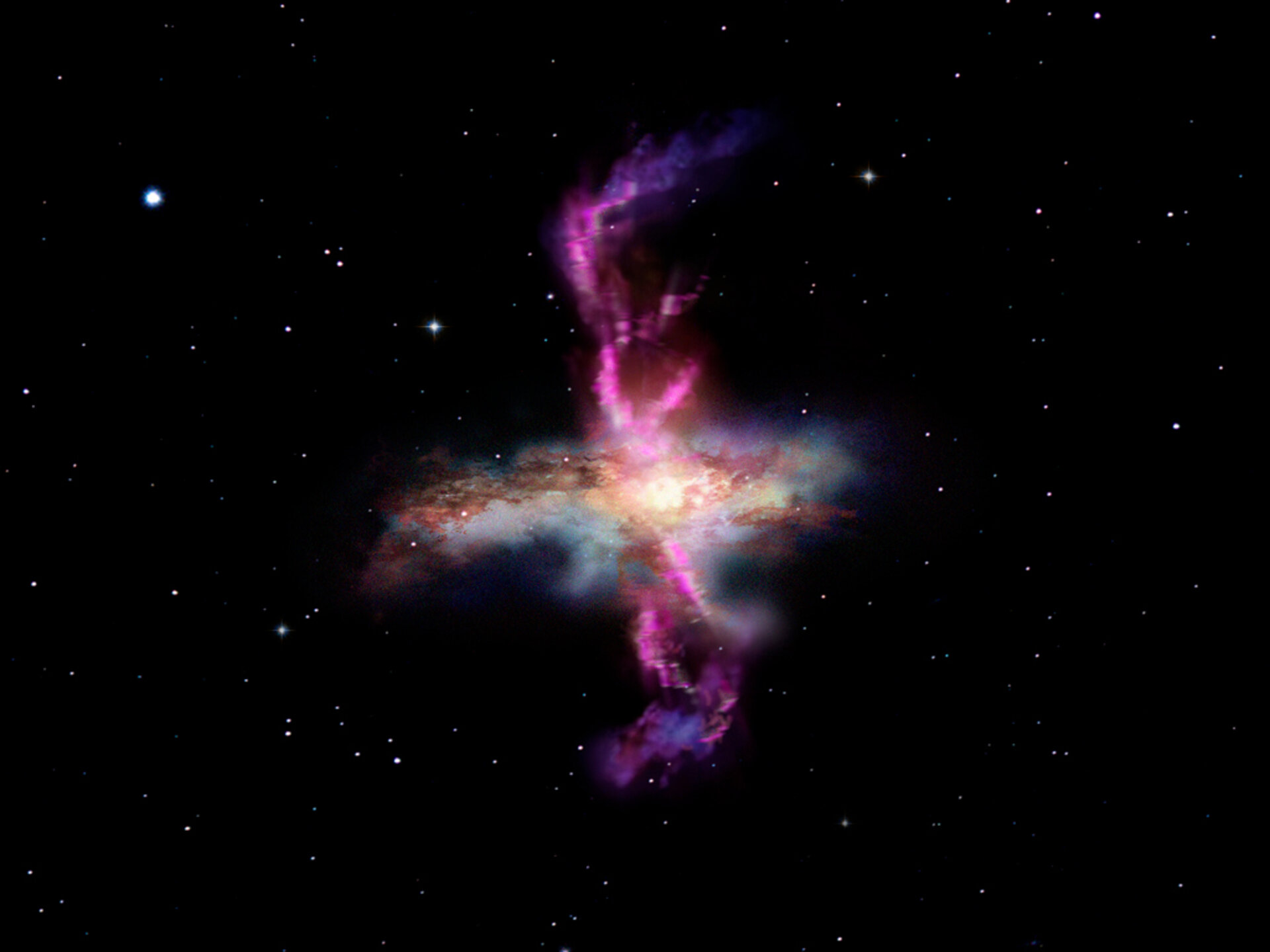 ESA’s Herschel infrared space observatory has detected raging winds of molecular gas streaming away from galaxies. Suspected for years, these outflows may have the power to strip galaxies of gas and halt star formation in its tracks.

The winds that Herschel has detected are extraordinary. The fastest is blowing at a speed of more than 1000 km/s, or about 10 000 times faster than the wind in a terrestrial hurricane.

This is the first time that such molecular gas outflows have been unequivocally observed in a sample of galaxies. This is an important discovery because stars form from molecular gas, and these outflows are robbing the galaxy of the raw material it needs to make new stars. If the outflows are powerful enough, they could even halt star formation altogether.

...some galaxies could completely expel their star-forming gas in as little as a million years...

“With Herschel, we now have the chance to really study what these outflows mean for galactic evolution,” says Eckhard Sturm from the Max-Planck-Institut für extraterrestrische Physik in Germany, the lead author of this work.

Dr Sturm and colleagues used Herschel’s Photodetector Array Camera and Spectrometer to study 50 galaxies. This first paper focuses on six of their sample.

They infer that 1200 times the mass of our Sun is being lost each year from the galaxies with the most vigorous outflows. That is enough to strip them of their entire reserves of star-forming gas within one million to 100 million years. In other words, some galaxies could completely expel their star-forming gas in as little as a million years. Inhibiting star formation in a galaxy is known as negative feedback.

These winds could be generated by the intense emission of light and particles from young stars, or by shockwaves from the explosion of old stars. Alternatively, they may be triggered by the radiation given off as matter swirls around a black hole at the centre of the galaxy.

The fastest winds appear to be coming from the galaxies that contain the brightest ‘active galactic nuclei’, in which a giant black hole is feeding from its surroundings. Dr Sturm and colleagues are now testing this idea with the other galaxies in their sample. The results could be a step towards explaining how some elliptical galaxies are formed.

Elliptical galaxies are vast islands of stars that have now stopped producing appreciable numbers of new stars because they have exhausted their gas supplies.

As smaller galaxies interact and merge with each other, more food is supplied to the central black hole in the combined nucleus, making it larger and more active. This could result in a more powerful wind, which removes the molecular gas and prevents any further star formation taking place, thus leading to an elliptical galaxy.