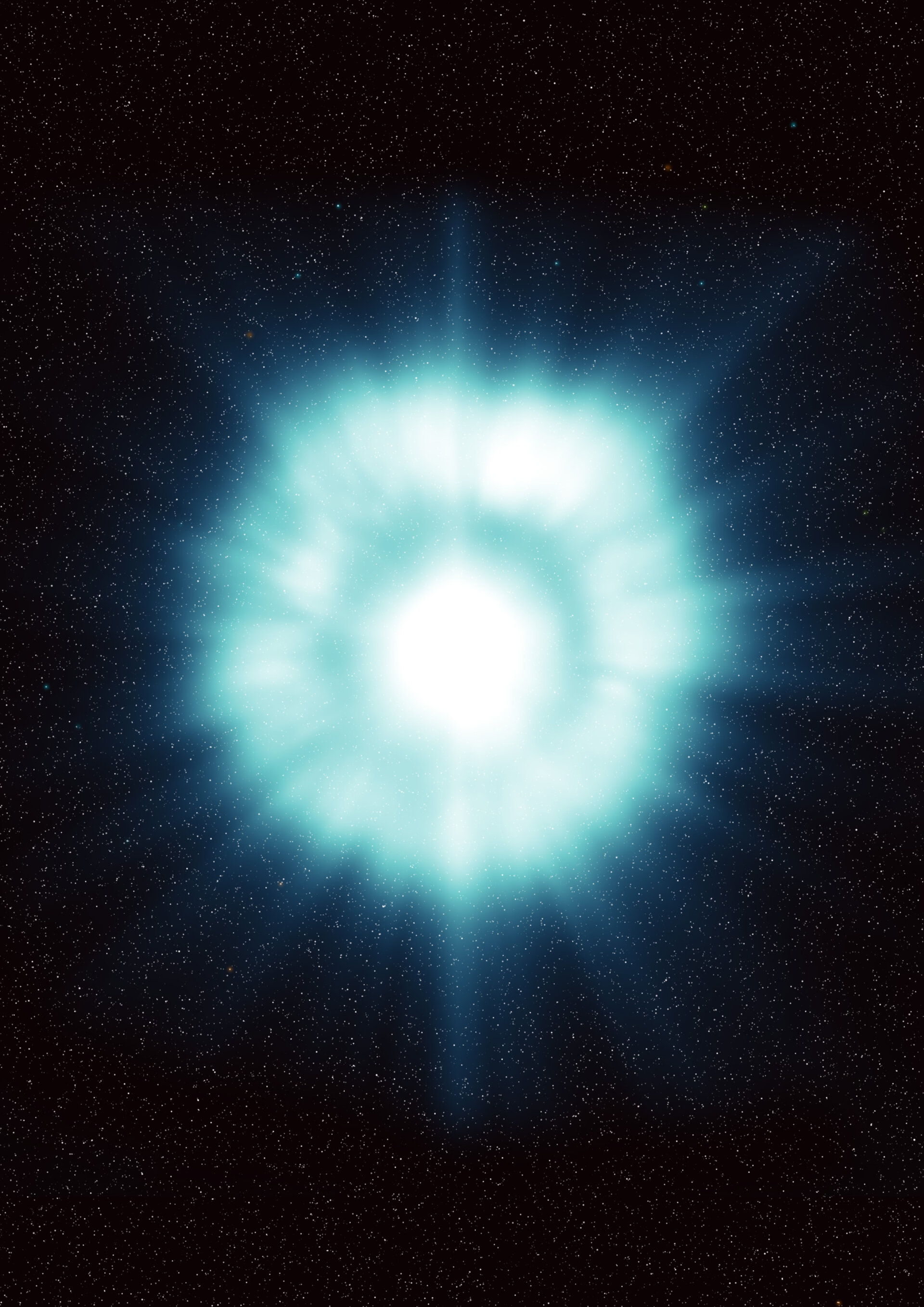 ESA's Integral satellite is detecting gamma-ray bursts at a rate of nearly one per day, establishing itself as a key player in the hunt for these enigmatic explosions.

Launched in October 2002, Integral has just captured four bursts in the last four months right in the middle of its field of view. Such precision observations are providing scientists with a remarkable view of gamma-ray bursts, which occur randomly, fade within seconds, and yet shine with the intensity of millions upon millions of Suns.

"We made Integral to study supernovae, black holes and neutron stars, yet already we see how this versatile satellite can contribute greatly to the field of gamma-ray bursts," says Chris Winkler, Integral Project Scientist.

Gamma-ray bursts are distant explosions of unknown origin. Scientists say that these bursts signal the birth of a brand new black hole, either through the death of a massive star or through the merger of two neutron stars or black holes. The bursts fade within seconds, never to appear in the same place twice, so scientists have been hard-pressed to study the bursts in detail.

Integral, with its four main instruments, helps locate bursts for follow-up study in two primary ways. The anti-coincidence system of one of its instruments (which usually helps eliminate background noise) can detect a gamma-ray burst almost anywhere in the sky and does so about every day.

Integral shares this information with other gamma-ray detectors that comprise the Interplanetary Network. Together, these simple detectors, which are located on spacecraft across the Solar System, pinpoint the location of a burst through triangulation. The process takes a little time, but within a few days, scientists have enough information to find the gamma-ray burst afterglow and study it.

About once a month, however, a gamma-ray burst goes off within Integral's field of view. Integral has detected four bursts this way dead on. The most recent burst (GRB 030227) triggered very many follow-up observations. Integral can provide a unique perspective for those gamma-ray bursts caught directly in its field of view because it can view the bursts rapidly with four instruments. These instruments are an imager, a spectrometer, an X-ray monitor, and an optical camera. All of them observe the same region of the sky simultaneously.

The Integral team expects the satellite's capability for detecting, locating, and relaying information about gamma-ray bursts will improve markedly in the coming months.

Integral team members discuss their gamma-ray burst findings so far in a press conference on 24 March 2003 at a meeting of the High Energy Astrophysics Division of the American Astronomical Society at Mt. Tremblant, Quebec, Canada.