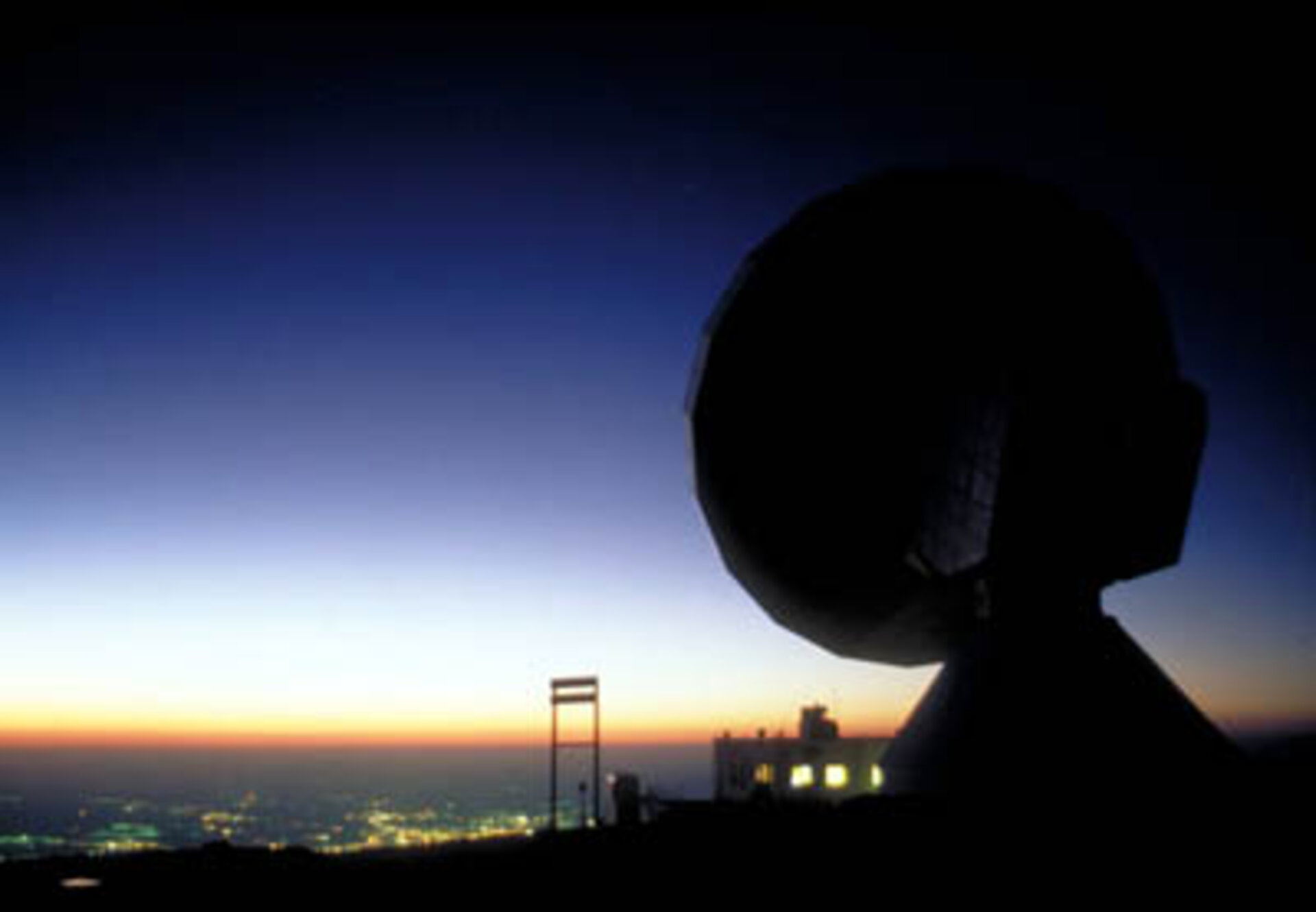 Most of the radio wavelengths are readily accessible from Earth’s surface and astronomers have built large radio telescopes to catch this radiation.

Much of the radio emission that comes from space is emitted by tiny electrically charged particles, known as electrons, moving through magnetic fields. These electrons have usually been accelerated away from the shock waves of exploding stars, known as supernovae. This causes them to travel through the Galaxy at close to the speed of light.

Some individual classes of celestial objects can also be large emitters of radio waves. The collapsed hearts of dead stars, known as neutron stars, generate extremely strong magnetic fields that trap electrons, making them emit radio waves like the beams of a lighthouse, which the neutron star’s rotation then sweeps through space. When this emission is detected by radio telescopes, in appears to pulse on and off – again, like a lighthouse, and astronomers refer to such spinning neutron stars as pulsars.

Gas clouds also emit radio waves, but at very specific wavelengths, depending on their chemical identity. For example, single atoms of hydrogen can spontaneously emit radio waves with a wavelength of 21 centimetres.

Another popular gas to look for at radio wavelengths is carbon monoxide. Being a molecule, it can only form in cold, dense galactic patches, called molecular clouds, and provides a tracer to sites where future star formation will take place.

Looking away from the Milky Way, the Universe is dotted with powerful, but distant, radio emitters. These are the active galaxies, or more accurately, they are the vast ‘radio lobes’ that are produced by the active galaxies. They occur because oppositely directed jets of electrons are expelled from the heart of each active galaxy.

These jets of particles travel out of these galaxies and into intergalactic space where they interact with the weak magnetic field that permeates the entire Universe and then give off radio waves.

Closer to the Earth, the Sun is a dominant source of radio waves. Although, in relation to other celestial objects, stars are generally weak sources of radio waves, the Sun’s proximity to Earth more than compensates for this, turning it into one of the brightest sources of radio emission in our sky.