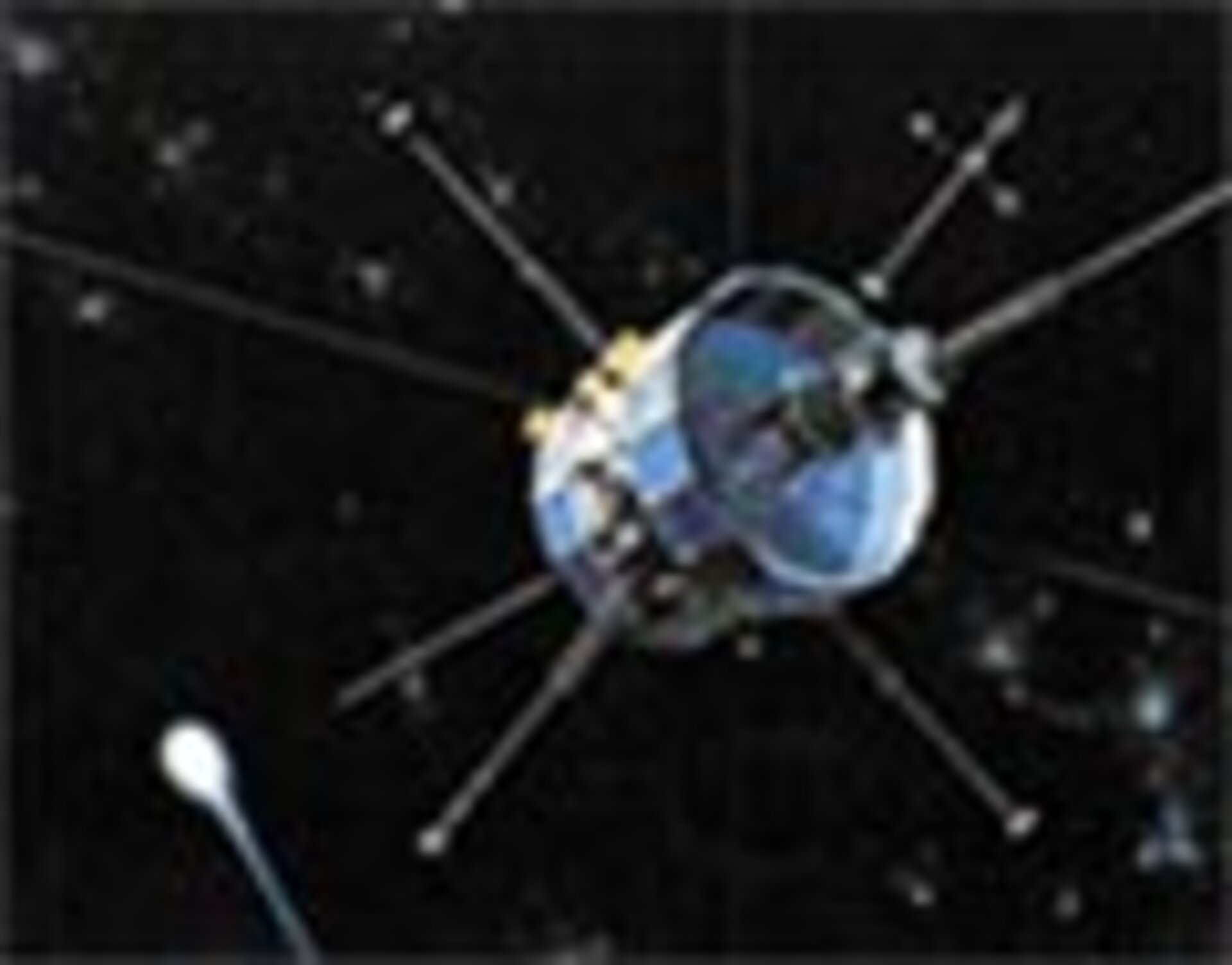 Here is a summary of previous and planned missions to comets.

Launched on 12 August 1978, ICE achieved the first-ever comet encounter. This NASA spacecraft was originally known as ISEE-3 (International Sun-Earth Explorer). Having completed its original mission, it was reactivated and diverted to pass through the tail of Comet Giacobini-Zinner on 11 September 1985, coming within approximately 7860 kilometres of the comet at closest approach. It also flew through the tail of Comet Halley on 28 March 1986, at a distance of 31 million kilometres from the comet's nucleus.

Although NASA officially ceased contact with ICE in 1997, on 29 May 2014 a group named the ISEE-3 Reboot Project reestablished two-way communication with the spacecraft, finding it to still be in good working order.

Launched on 15 and 21 December 1984, these two Russian probes each left a lander on the surface of Venus as they flew past it in June 1985 on the way to investigate and photograph Comet Halley.

Launched on 7 January 1985 and 18 August 1985, these twin spacecraft were Japan’s first deep-space missions and aimed to explore comet Halley on its journey into the inner Solar System in 1986.

Launched 2 July 1985, ESA’s Giotto was the first European deep space mission. This spacecraft obtained the closest pictures ever taken of a comet.

Giotto flew past the nucleus of Comet Halley at a distance of less than 600 kilometres on 13 March 1986.

Images showed a black, potato-shaped object with active regions which were firing jets of gas and dust into space. Giotto then became the first spacecraft to visit two comets when it passed within 200 kilometres of Comet Grigg-Skjellerup on 10 July 1992.

Giotto was placed in hibernation on 23 July 1992, and the spacecraft has since been inactive. Giotto returned to the vicinity of the Earth on 1 July 1999. The distance of its closest approach was very uncertain, the estimate being about 220 000 kilometres, just over half the Earth-to-Moon distance. No communication with the spacecraft took place at this time.

Giotto will continue to orbit the Sun for the foreseeable future, completing six revolutions roughly every seven years.

This was the first spacecraft in NASA’s New Millennium programme. Launched on 24 October 1998, its primary mission was to test 12 new advanced technologies. It approached within 26 kilometres of Asteroid 9969 Braille on 29 July 1999.

The few pictures returned showed that Braille's longest side is about 2.2 kilometres across and its shortest side appears to be about one kilometre. In an extended mission, Deep Space 1 encountered Comet Borrelly on 22 September 2001 and returned images and other science data. The spacecraft was retired on 18 December 2001.

Launched 7 February 1999, this NASA mission travelled into the cloud of ice and dust that surround the nucleus of Comet Wild 2, coming to within 240 kilometres (150 miles) of the nucleus itself on 2 January 2004. There, it gathered comet dust particles and delivered them back to Earth in 2006.

In an extended mission phase known as Stardust-NExT (New Exploration of Tempel 1), the spacecraft visited Comet Tempel 1 in 2011, the comet that was the target of the Deep Impact mission (see below).

Launched on 3 July 2002, Contour was a NASA mission to improve our understanding of comet nuclei. Encounters were planned with two comets.

The spacecraft remained in orbit around the Earth until 15 August 2002, when it began manoeuvres to move onto a heliocentric, comet-chasing orbit. NASA controllers were not able to re-establish contact with the spacecraft following this and concluded that Contour was lost.

NASA's Deep Impact mission launched on 12 January 2005. It consisted of two craft. The main spacecraft performed a flyby of Comet Tempel 1 and recorded images and data. The second craft was the ‘impactor’, which was propelled into a target site on the comet in July 2005. The impact excavated debris from the comet, allowing the main spacecraft to analyse the composition of surface and interior materials of a comet.

In an extended mission phase, Deep Impact was reassigned as EPOXI, a combination of two missions: DIXI, Deep Impact Extended Investigation Mission, and EPOCh, Extrasolar Planet Observation and Characterisation. The EPOCh phase was carried out en route to Comet Hartley 2, which it flew past on 4 November 2010.

EPOXI went on to observe Comet Garradd from afar in February and April of 2012, studying its orbit and surface activity. In February 2013 the spacecraft also observed Comet ISON.

NASA lost contact with the probe in August 2013, and ceased attempts to re-establish communications the following month.

ESA's Rosetta mission was launched on 2 March 2004. It spent ten years journeying in space, passing by two asteroids (2867 Steins in 2008 and 21 Lutetia in 2010) before reaching its destination, Comet 67P/Churyumov-Gerasimenko in August 2014. Rosetta followed the comet as it orbited around the Sun, and was the first mission to attempt a landing onto a comet nucleus.