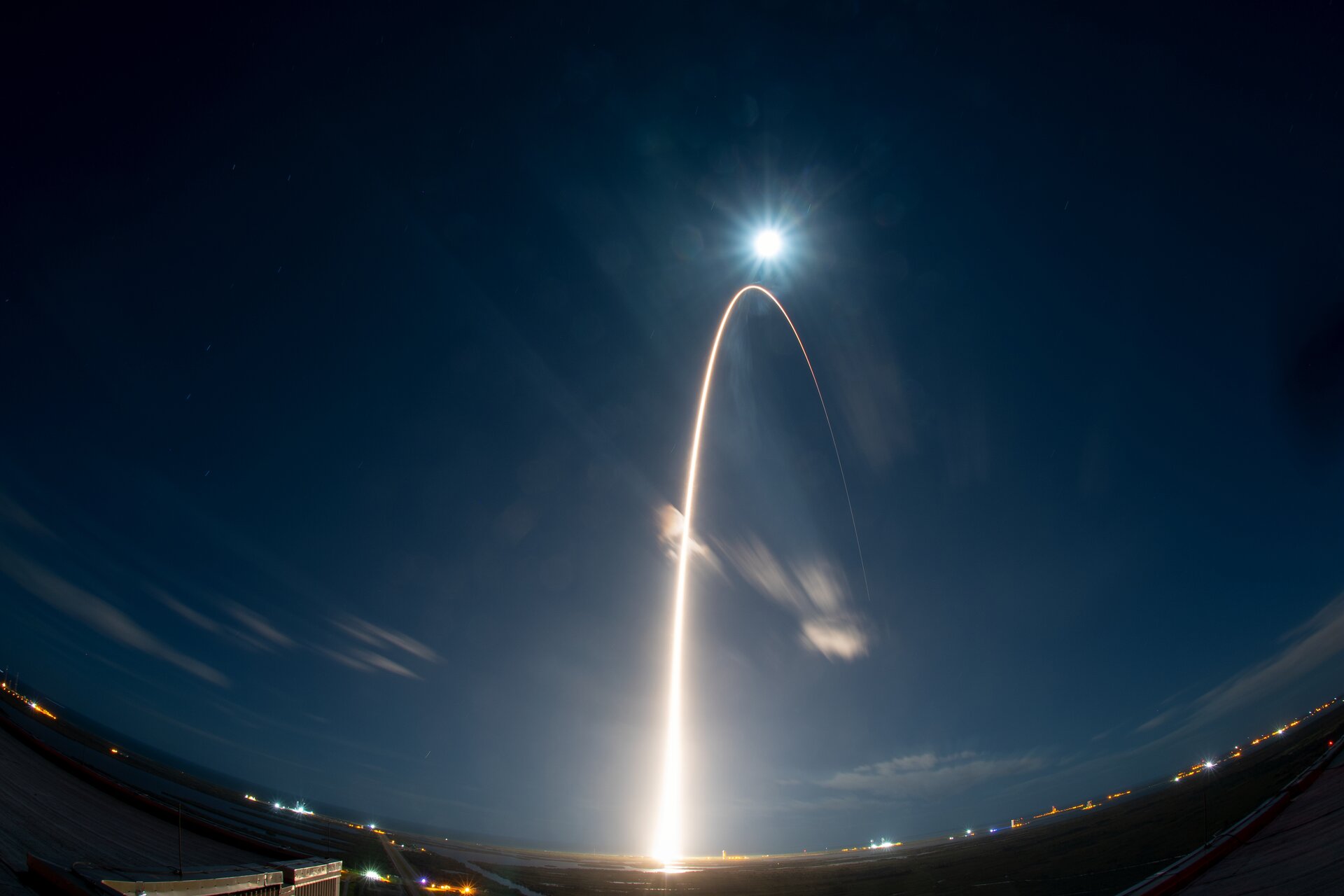 ESA’s Solar Orbiter mission lifted off on an Atlas V 411 from Cape Canaveral, Florida, at 05:03 CET on 10 February on its mission to study the Sun from new perspectives.

Signals from the spacecraft were received at New Norcia ground station at 06:00 CET, following separation from the launcher upper stage in low Earth orbit.

Facing the Sun
Solar Orbiter, an ESA-led mission with strong NASA participation, will provide the first views of the Sun’s uncharted polar regions, giving unprecedented insight into how our parent star works.

It will also investigate how intense radiation and energetic particles being blasted out from the Sun and carried by the solar wind through the Solar System impact our home planet, to better understand and predict periods of stormy ‘space weather’. Solar storms have the potential to knock out power grids, disrupt air traffic and telecommunications, and endanger space-walking astronauts, for example.

“As humans, we have always been familiar with the importance of the Sun to life on Earth, observing it and investigating how it works in detail, but we have also long known it has the potential to disrupt everyday life should we be in the firing line of a powerful solar storm,” says Günther Hasinger, ESA Director of Science.

“By the end of our Solar Orbiter mission, we will know more about the hidden force responsible for the Sun’s changing behaviour and its influence on our home planet than ever before.”

“Solar Orbiter is going to do amazing things. Combined with the other recently launched NASA missions to study the Sun, we are gaining unprecedented new knowledge about our star,” said Thomas Zurbuchen, NASA’s associate administrator for Science at the agency’s headquarters in Washington.

“Together with our European partners, we’re entering a new era of heliophysics that will transform the study of the Sun and help make astronauts safer as they travel on Artemis program missions to the Moon.”

At its closest, Solar Orbiter will face the Sun from within the orbit of Mercury, approximately 42 million kilometres from the solar surface. Cutting-edge heatshield technology will ensure the spacecraft’s scientific instruments are protected as the heatshield will endure temperatures of up to 500ºC – up to 13 times the heat experienced by satellites in Earth orbit.

“After some twenty years since inception, six years of construction, and more than a year of testing, together with our industrial partners we have established new high-temperature technologies and completed the challenge of building a spacecraft that is ready to face the Sun and study it up close,” adds César García Marirrodriga, ESA’s Solar Orbiter project manager.

New perspectives on our parent star
Solar Orbiter will take just under two years to reach its initial operational orbit, making use of gravity-assist flybys of Earth and Venus to enter a highly elliptical orbit around the Sun. The spacecraft will use the gravity of Venus to slingshot itself out of the ecliptic plane of the Solar System, which is home to the planetary orbits, and raise its orbit’s inclination to give us new views of the uncharted polar regions of our parent star.

The poles are out of view from Earth and to other spacecraft but scientists think they are key to understanding the Sun’s activity. Over the course of its planned five-year mission, Solar Orbiter will reach an inclination of 17º above and below the solar equator. The proposed extended mission would see it reach up to 33º inclination.

“Our team will have to ensure the continuous and accurate pointing of the heatshield to avoid the potential damage from the Sun’s radiation and thermal flux. At the same time, we will have to ensure a rapid and flexible response to the requests of the scientists to adapt their instruments’ operations according to the most recent observations of the Sun surface.”

Solar Orbiter will use a combination of 10 in situ and remote-sensing instruments to observe the turbulent solar surface, the Sun’s hot outer atmosphere and changes in the solar wind. Remote-sensing payloads will perform high-resolution imaging of the Sun's atmosphere – the corona – as well as the solar disc. In situ instruments will measure the solar wind and the solar magnetic field in the vicinity of the orbiter.

“The combination of remote-sensing instruments, which look at the Sun, and in situ measurements, which feel its power, will allow us to join the dots between what we see at the Sun and what we experience while soaking up the solar wind,” says Daniel Müller, ESA’s Solar Orbiter project scientist.

“This will provide unprecedented insight into how our parent star works in terms of its 11-year solar activity cycle, and how the Sun creates and controls the magnetic bubble – the heliosphere – in which our planet resides.”

We are all Solar Orbiters
Solar Orbiter will be one of two complementary spacecraft studying the Sun at close proximity: it will join NASA’s Parker Solar Probe, which is already engaged in its mission.

Solar Orbiter and Parker Solar Probe have each been designed and placed into a unique orbit to accomplish their different, if complementary, goals. Parker Solar Probe ‘touches’ our star at much closer distances than Solar Orbiter, to study how the solar wind originates – but does not have cameras to view the Sun directly. Solar Orbiter flies at an ideal distance to achieve a comprehensive perspective of our star, including both remote images and in situ measurements, and will view the Sun’s polar regions for the first time.

Beyond accomplishing its own science goals, Solar Orbiter will provide contextual information to improve the understanding of Parker Solar Probe’s measurements. By working together in this way, the two spacecraft will collect complementary data sets that will allow more science to be distilled from the two missions than either could manage on its own.

“Solar Orbiter is the newest addition to the NASA Heliophysics System Observatory, joining Parker Solar Probe in an extraordinary adventure to unlock the biggest mysteries of the Sun and its extended atmosphere,” says Holly Gilbert, NASA Solar Orbiter Project Scientist.

“The powerful combination of these two missions and their awe-inspiring technology advancements will thrust our understanding to new heights.”

Solar Orbiter is set to build on the legacy of missions such as the joint ESA/NASA Ulysses and Solar and Heliophysics Observatory (SOHO), to give us the most advanced look yet at our star, and its influence on Earth.

About Solar Orbiter
Solar Orbiter is an ESA-led mission with strong NASA participation. The prime contractor is Airbus Defence and Space in Stevenage, UK. Solar Orbiter is the first ‘medium’-class mission implemented in the Cosmic Vision 2015-25 programme, the current planning cycle for ESA’s space science missions.