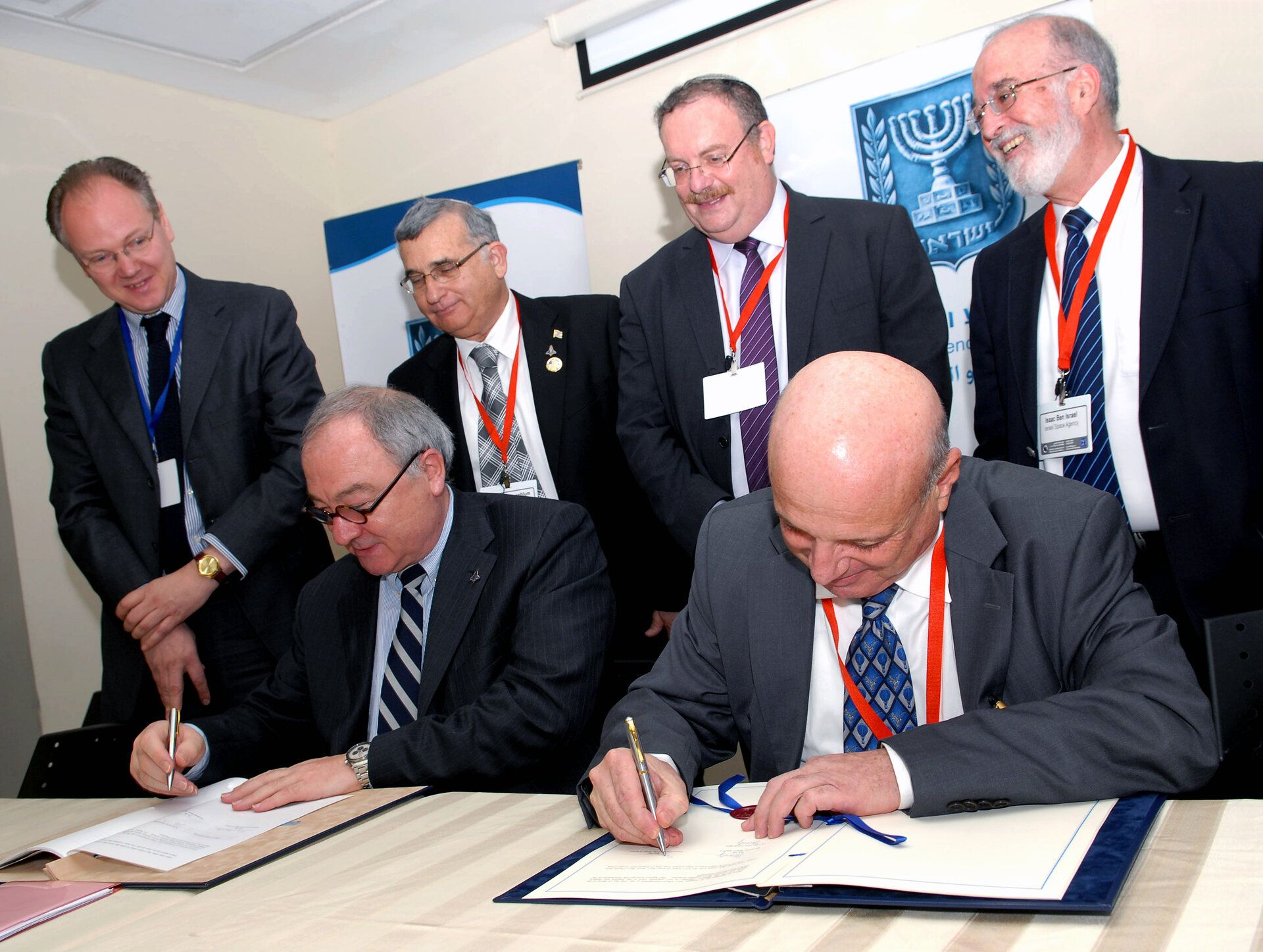 Israel signed a Cooperation Agreement with ESA on 30 January 2011. The objective of this agreement is to allow Israel and ESA to create the framework for more-intensive cooperation in ESA projects in the future.

Contacts and discussions regarding the Framework Agreement with ESA started in 2007. ESA experts together with their Israeli counterparts will now jointly identify common areas of mutual interest, notably in the area of space science and exploration.

Israel has a long aerospace tradition and has contributed to many scientific and technological space missions. In the 1970s and 1980s, Israel developed its own infrastructure needed for research and development in space exploration, including developing the Shavit launcher. In 1983, the Israel Space Agency was established as the governmental body to coordinate all Israeli space research programmes for scientific and commercial goals.

In 1988, ISA launched its first satellite, Ofeq 1, on a Shavit rocket from the Palmachim spaceport on the Mediterranean coast. This made Israel the eighth nation to gain an independent launch capability. Since then the country has developed and launched a range of sophisticated communications, Earth observation and scientific satellites.

Israeli researchers have been cooperating for many years in several European space science projects, such as Huygens, Hubble, Cluster and COROT. In 1995, Israeli students joined an international workshop organised by ESA to develop a concept for a Moon exploration probe.