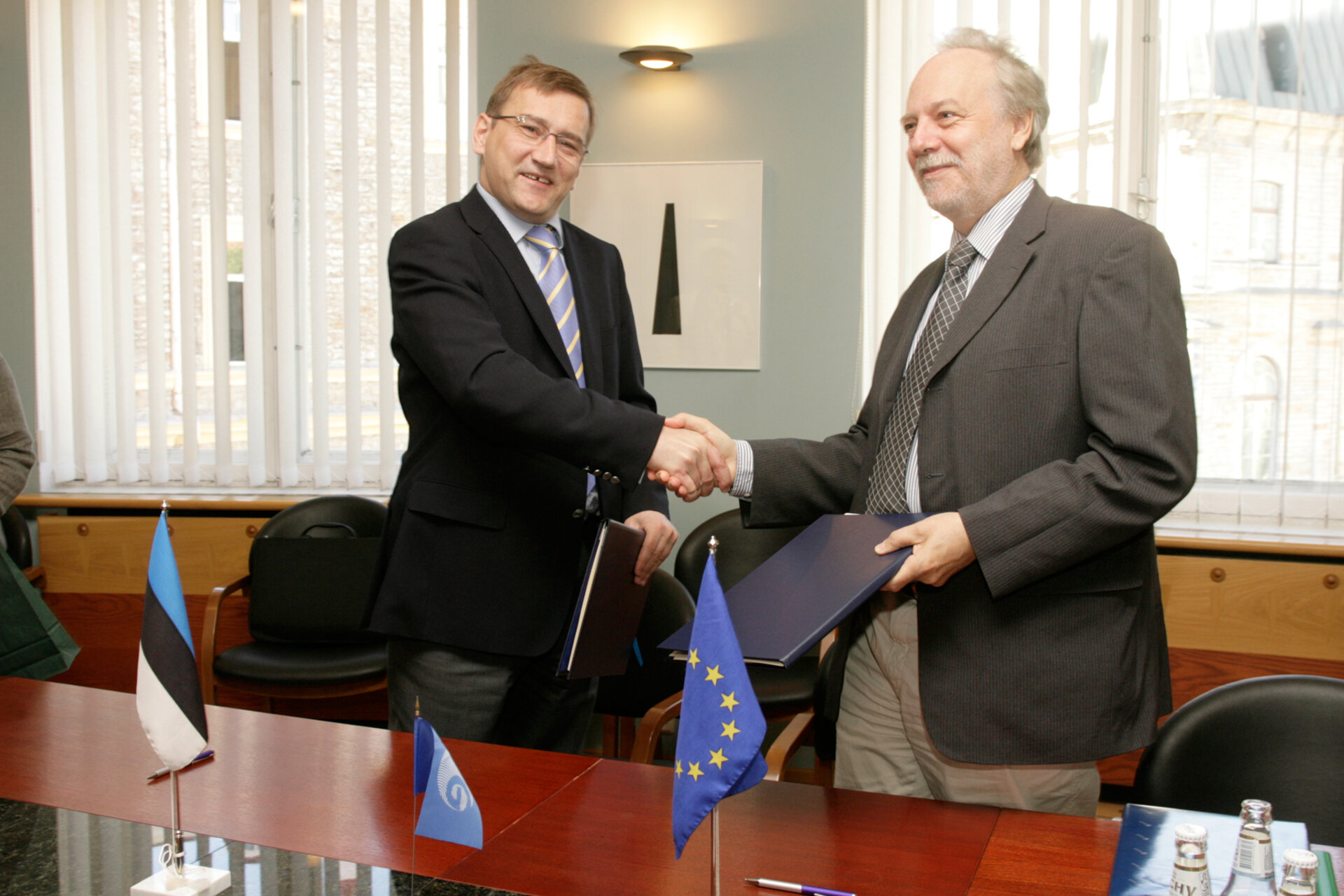 At a ceremony in Tallinn on 20 June, René Oosterlinck, ESA Director of Legal Affairs and External Relations, and Juhan Parts, Estonian Minister of Economic Affairs and Communications, signed an agreement marking closer cooperation between ESA and Estonia.

Estonia is the first of the countries that have recently joined the EU to sign a Cooperation Agreement with ESA. Andrus Ansip, Prime Minister of Estonia, welcomed the ESA delegation and confirmed the support his government is ready to give to this new agreement.

A first meeting with an Estonian delegation took place at the beginning of 2006 at ESA’s headquarters in Paris. This was followed by an invitation by the Minister of Economic Affairs and Communications to send an ESA delegation to Tallinn in November 2006, to explain in more detail the different types of cooperation that exist between ESA and non-ESA Member States, and to meet with potential partners.

Estonia has long-standing experience in astronomy and space science. The Observatory of Tartu has worked in this field since the 19th century, participating in preparations for two ESA space missions: Planck and Gaia.

Estonian astronomers are also involved in preparing data reduction algorithms in cooperation with the University of Turku in Finland, while the Estonian company Vertex Estonia has produced part of the large antenna reflector back structure for ESA’s 35-metre antenna deep-space station in New Norcia, Australia, that is used to track Mars Express.

This Cooperation Agreement is a first step. As a second step, Estonia intends to become a European Cooperating State in a few years time with an increased financial contribution to space activities. As an example, ESA is supporting, both financially and with speakers, a Eurisy conference on the 'Management of coastal regions and cities: implementation and use of space application-based services', to be held from 17-18 September 2007 in Tallinn. Education is one of the important areas for cooperation and will be discussed by both parties after the summer.