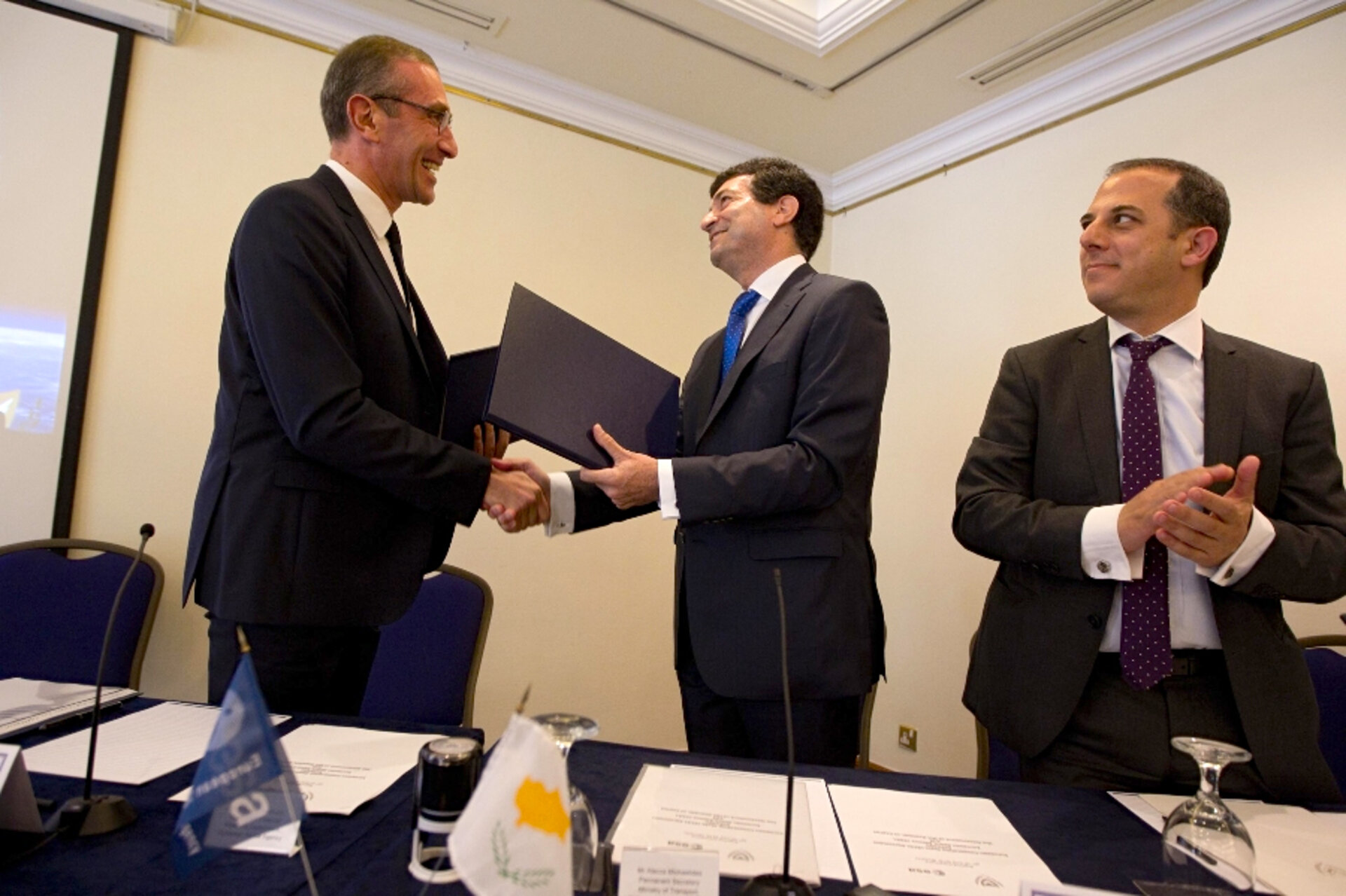 The Permanent Secretary of the Cypriot Ministry of Transport, Communications and Works, Alecos Michaelides, and ESA Head of External Relations Department, Frederic Nordlund, signed the agreement in an official ceremony in Nicosia, Cyprus, on 6 July 2016.

A first Cooperation Agreement with Cyprus was signed in 2009. Following the technical visit to Cypriot entities in 2011, an updated review of selected companies, institutes and universities was carried in June 2015, affirming significant increase in awareness of ESA’s activities. A broad range of capacities was presented and domains for potential future Plan for European Cooperating States (PECS) projects were identified in Earth observation in particular, including water resources, forest monitoring, agricultural mapping, maritime surveillance, environment protection and urban development. Space science, navigation, telecom and integrated applications, and space situational awareness were also considered as areas for potential projects.

The Agency also supported and participated in several space-related conferences and workshops in Cyprus such as ‘Cyprus Embraces Space 2015’ and the ‘Fourth International Conference on Remote Sensing and Geo-information of Environment’ in April 2016.

Following the signing, selection of potential PECS projects will start soon. The PECS Charter, including the list of approved PECS projects, will allow the placement of the first contracts with Cyprus.