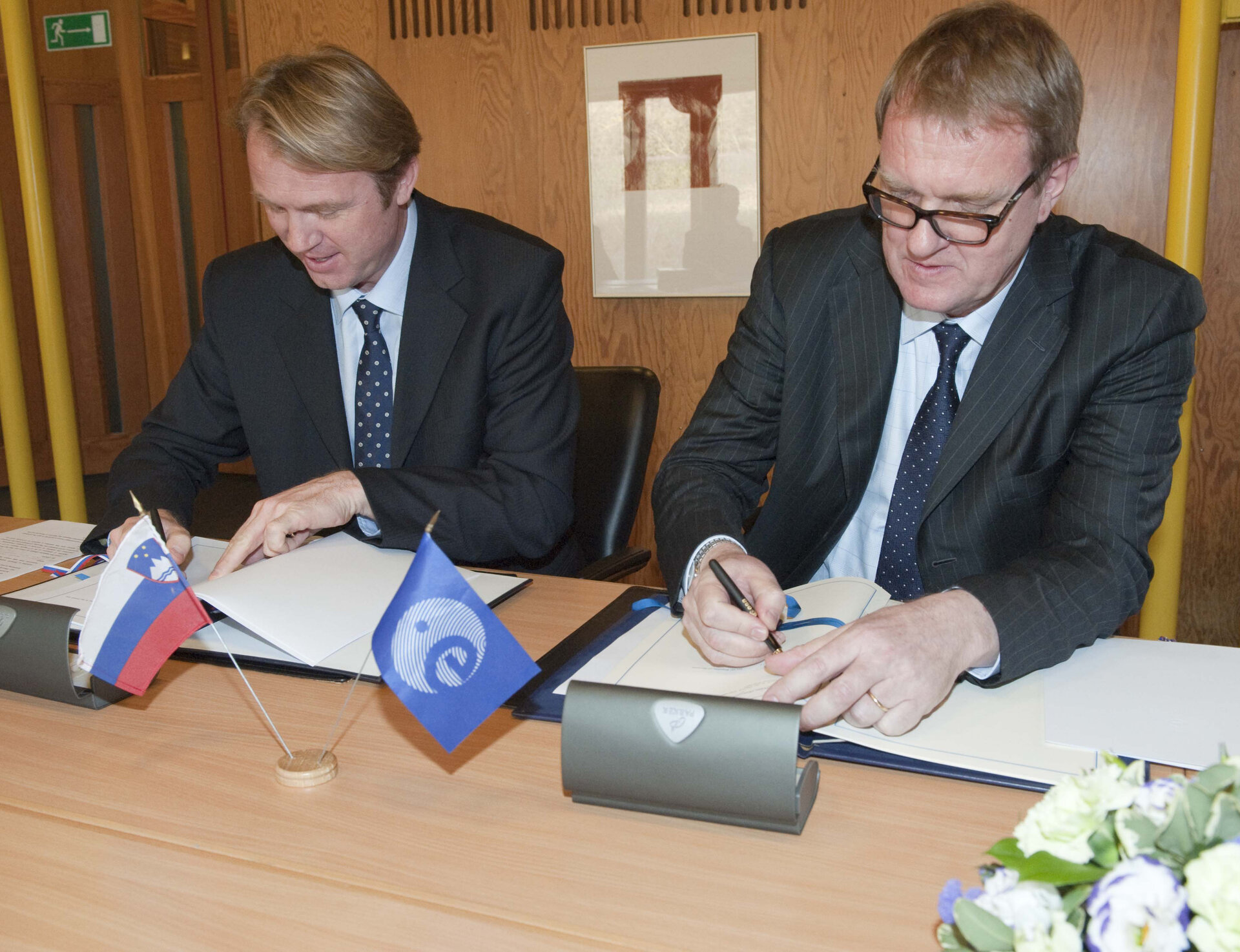 Hungary was the first country to gain this status, in April 2003, with Romania, Poland and Estonia also becoming ECS countries. The Czech Republic, now a full Member State, was the second ECS. The first visit to ESA of a Slovenian delegation was in May 2006, led by Mr Alojz Peterle (former Slovenian Prime Minister and currently Member of European Parliament). Since then, several steps have been made in cooperation between Slovenia and ESA, and the first Cooperation Agreement was signed in May 2008.

ESA participated, through its Earth Observation Directorate, in the ‘Bridging the Gap’ conference in Portoroz, 14–16 May 2008. An ESA expert team visited Slovenian industrial and research organisations involved in space projects in May 2009, notably the Josef Stefan Institute (‘bedrest’ studies) and EMO Orodjarna, a supplier for the Ariane 5 programme.

During the coming months, Slovenia will define with ESA the specific areas and projects for cooperation, and the budget for the next five years. Its major participation will be in ESA’s Science and Robotic Exploration programme.

Slovenia has a longstanding involvement in astronomy and space science. Herman Potocnik (1892–1929) was a Slovene rocket engineer and pioneer of astronautics. His book, Das Problem der Befahrung des Weltraums – der Raketen-Motor (The Problem of Space Travel – The Rocket Motor) was published in Berlin in 1928. Potocnik devoted himself to rocketry and space science, set out plans for a permanent human presence in space, with detailed plans for a space station and one of the first calculations of a geostationary orbit.