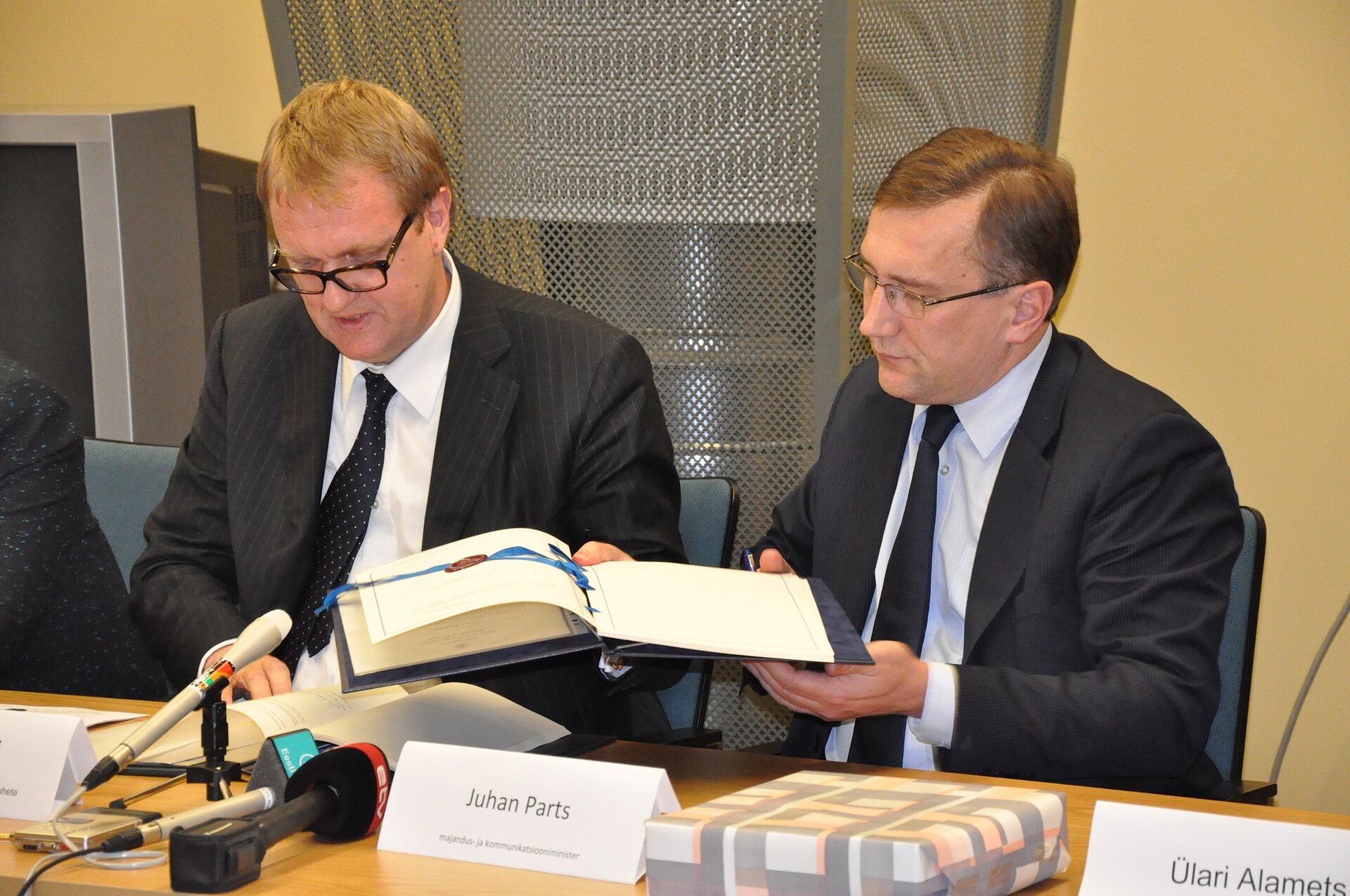 The signed agreement strengthens Estonia’s relations with ESA and defines the legal basis for developing a Plan for European Cooperating State (PECS) Charter, describing activities, projects and budget for Estonia's cooperation with ESA.

Hungary was the first country to gain this status in April 2003, followed by the Czech Republic in November of the same year. Romania and Poland joined in 2006 and 2007 respectively. Estonia's cooperation with ESA started with the signature of a Cooperation Agreement in the field of the peaceful use of outer space on 20 June 2007.

During the coming months, ESA and Estonia will have to complete the list of projects that will be presented for approval to the relevant ESA Committees and Programme Boards. The PECS Charter should be signed before the end of November 2010. Some projects with the Observatory of Tartu, dealing with forest monitoring, will be discussed and envisaged for implementation. Investing in educational projects is also among the priorities expressed by the Minister of Economic Affairs and Communications.

Estonia, through ESA Member States, already participates in ESA’s Planck and Gaia missions and also contributed to a ground receiver antenna for Mars Express based in Perth in Australia.