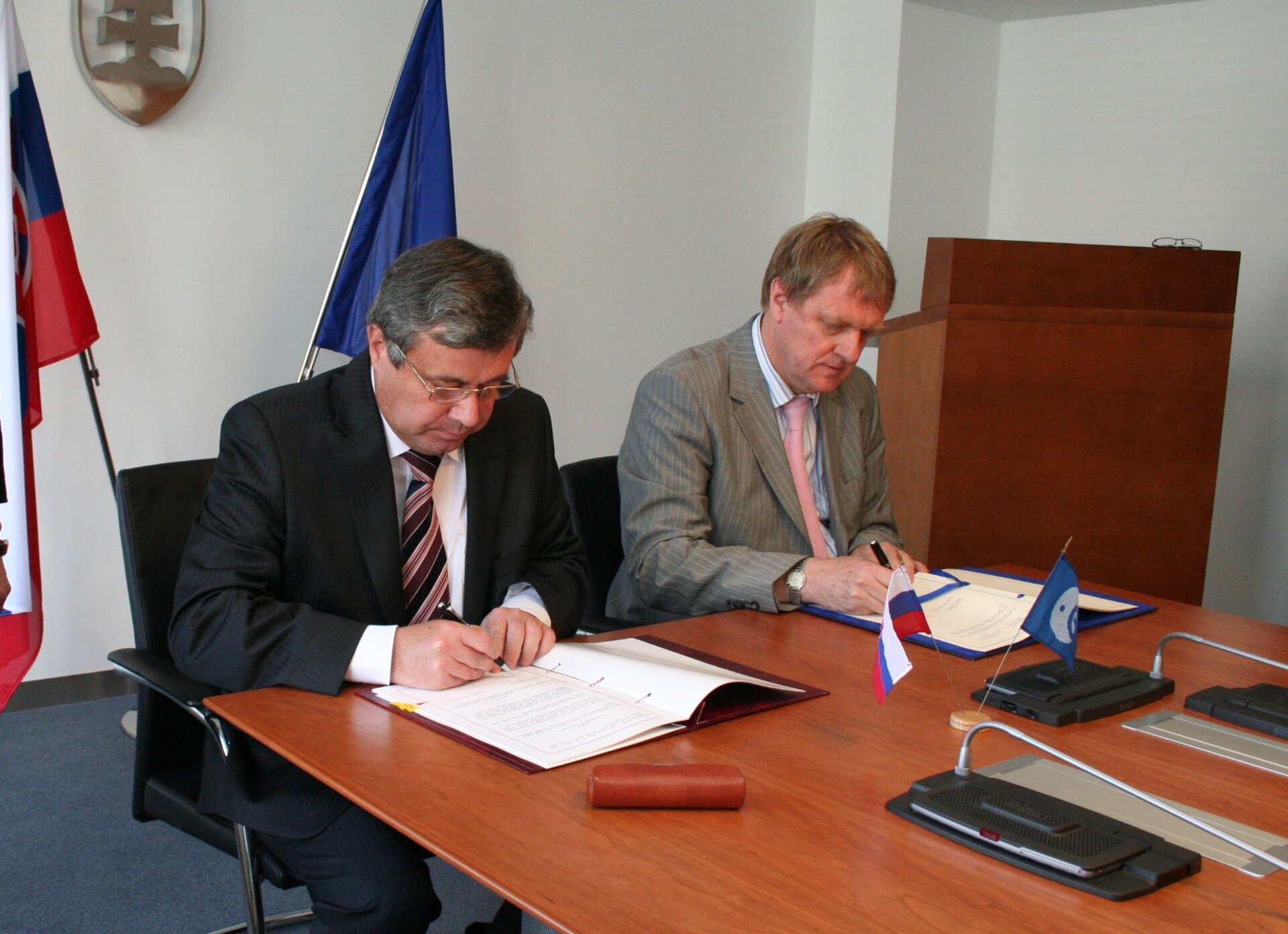 Peter Hulsroj, ESA’s Director of Legal Affairs and External Relations, and Ján Mikolaj, Minister of Education of the Slovak Republic, signed the Cooperation Agreement between the Slovak Republic and ESA in Bratislava. The Cooperation Agreement is only a starting point, and some areas for cooperation have already been identified, in space science, Earth observation and microgravity research.

Contacts and discussions with ESA started in 2004 through the Slovak representative to the High Level Space Policy Group. Following a visit of an ESA delegation to Bratislava at the end of 2008, the Slovak Ministry of Education was appointed as the national agency to continue the discussions with ESA and an Expert Committee was created.

This Committee consists of representatives not only from the Ministries of Transport, Post and Telecommunication, Agriculture, Economy, Environment, Foreign Affairs and Education, but also from the Slovak Academy of Sciences, the Government Office of the Slovak Republic, the Slovak Rector’s Conference, the Slovak Industry Association and the Association of Industrial R&D organisations.

The Slovak Republic has a long tradition of space science. Czechoslovak cosmonaut Vladimír Remek (who has a Czech mother and Slovak father) flew in space in 1978, and Ivan Bella became the first Slovak citizen in space on Soyuz TM-29 in 1999. Slovak organisations have already been involved in ESA activities through other ESA Member States' participation. The Slovak Institute of Experimental Physics, for example, has worked on Rosetta, BepiColombo, Venus Express and Double Star with the National University of Ireland.

The Slovak Academy of Sciences is participating in the IMPRESS project. This activity has been co-funded by the EC and ESA, with the objective to understand the critical links between the solidification processes of intermetallic alloys, the structure of these materials at micro- and nanoscales, and their final mechanical, chemical and physical properties. Slovak contributions towards alloy development and microgravity experiments in space have been important.