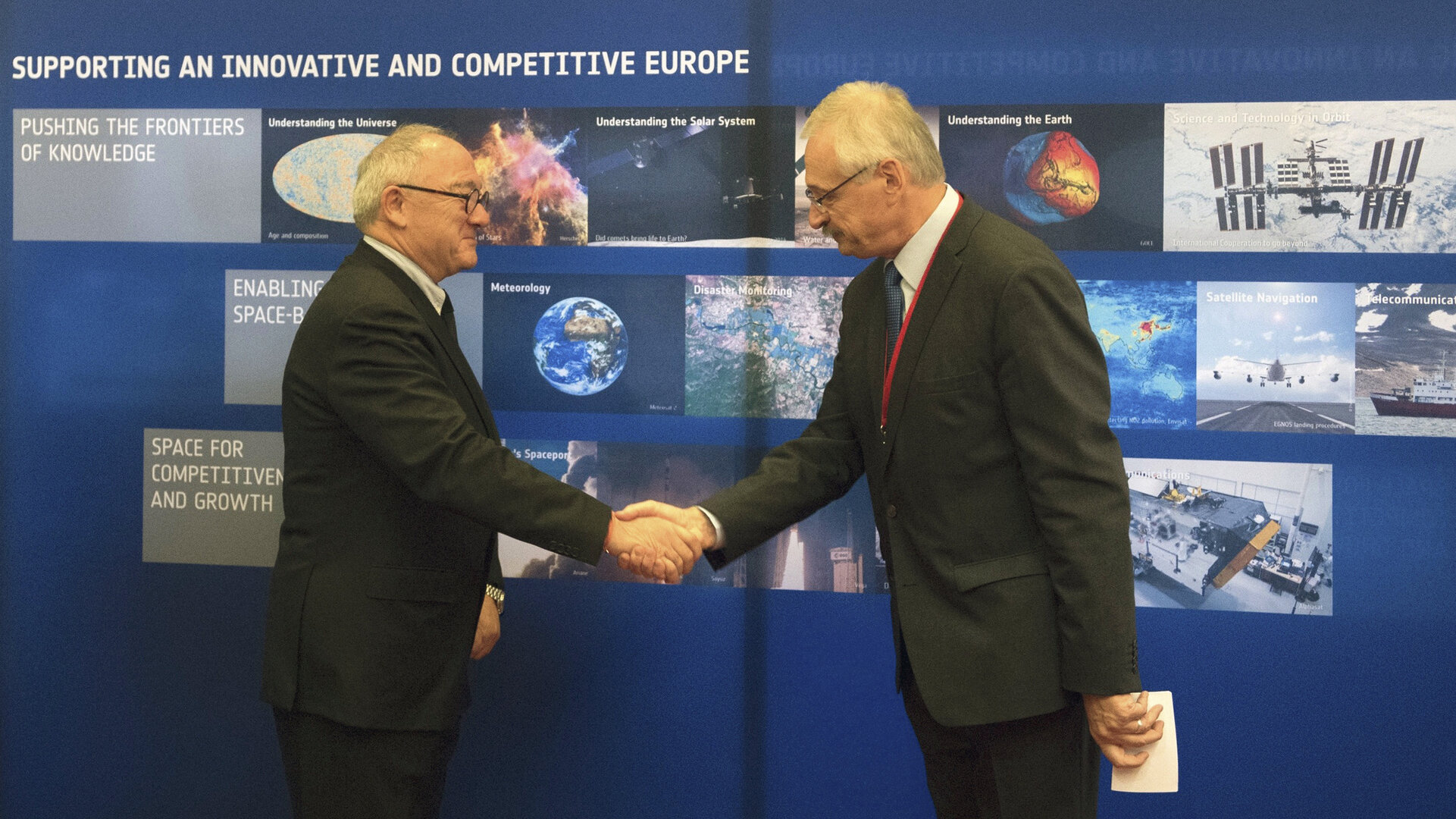 This agreement strengthens Lithuania’s relations with ESA, becoming the eighth European and the third Baltic country to join this status.

ESA’s Director General Jean-Jacques Dordain and the Lithuanian Minister of Economy, Evaldas Gustas, signed the agreement at ESA Headquarters in Paris on 7 October 2014.

Lithuania has a tradition of space activities with its participation since the 1980s in the Russian space programme. The Lithuanian Space Association was created in 2009 and the government decided to develop the Lithuanian Space Policy in June 2010. The first Cooperation Agreement with ESA was signed in October 2010, in Vilnius.

An ESA technical visit took place in February 2013 to assess Lithuanian space industries and research institutes. Lithuania demonstrated strong and broad capabilities in laser technologies which led to the formation of a very active laser cluster, oriented mainly in the manufacture of scientific research, industrial and educational equipment and facilities.

The government has invested in five science and technology parks, known as ‘valleys’, to support science, innovation and technology in Lithuania by providing access to highly specialised equipment and infrastructure.

The selection of the PECS projects now begins in order to sign the Plan for European Cooperating State Charter within a year. The main areas of investigation will be Earth observation, navigation and telecommunication.