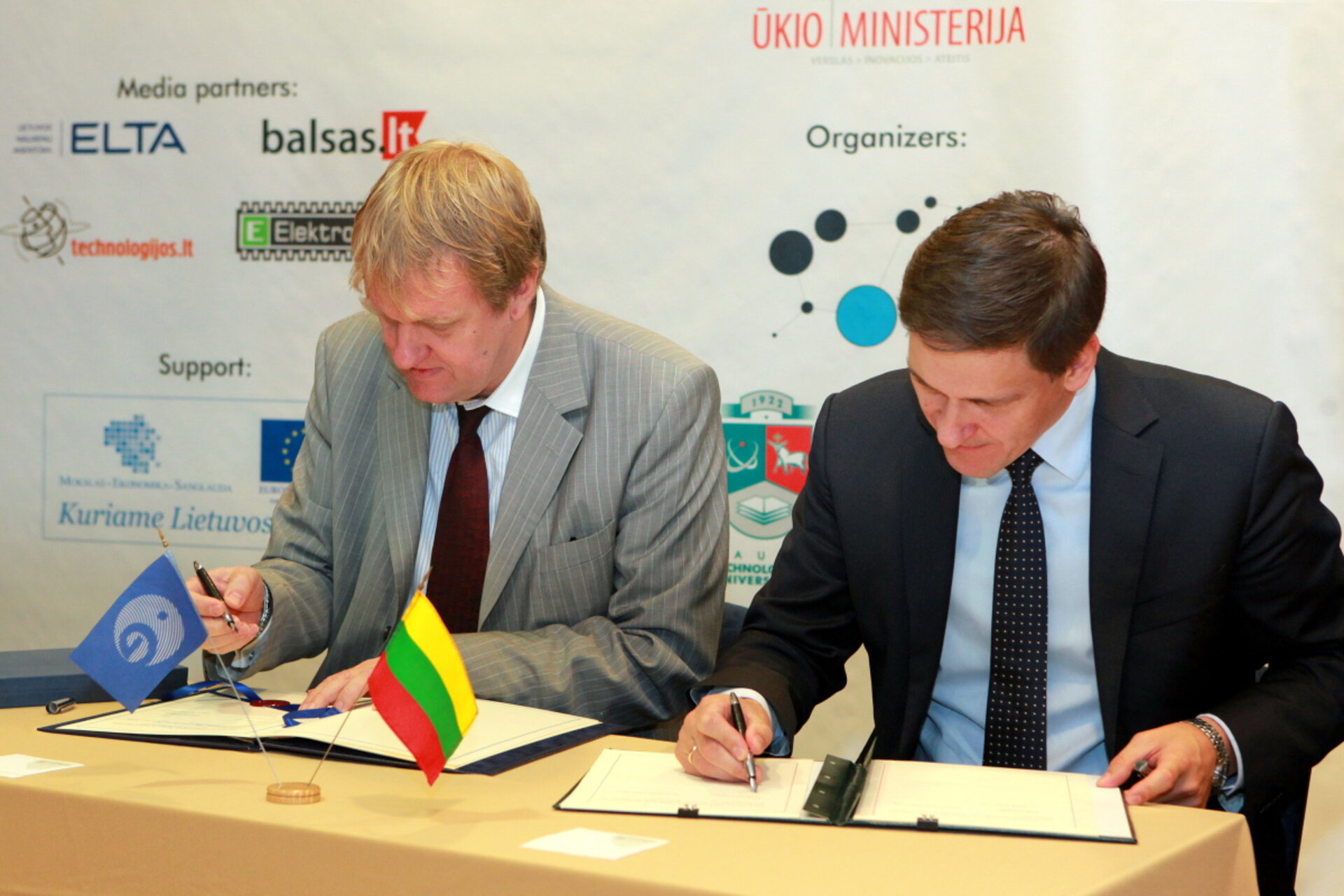 Lithuania became the third Baltic country to sign a Cooperation Agreement with ESA on 7 October 2010.

Peter Hulsroj, ESA’s Director of Legal Affairs and External Relations, and Dainius Kreivys, Lithuanian Minister of Economy, signed the Cooperation Agreement between Lithuania and ESA in Vilnius. The signature took place at the opening session of the conference on ‘Space Economy in the Multipolar World’ (SEMW2010), the first occasion for Lithuania to organise an international conference dedicated to space and in particular the small satellite market.

Lithuania follows Estonia and Latvia, which signed Cooperation Agreements in 2007 and 2009 respectively. These countries are already partners in the FP7 project ‘NordicBaltSat’ together with Sweden, Poland and the International Space University. The objective of this project is to use the existing and emerging potential of the ‘Nordic-Baltic’ dimension in critical satellite technologies and applications.

The Lithuanian Space Association was created in 2009 and the government decided to develop the Lithuanian Space Policy in June 2010. The appointment of the Ministry of Economy to implement this policy demonstrates that the country is renewing its commitment to space activities. ESA will provide support to Lithuania when necessary to accompany this process.

Lithuania has a tradition of space activities with its participation since the 1980s of its scientists and engineers in the Russian space programme (mainly on the ‘Buran’ space shuttle) and in astronomy.