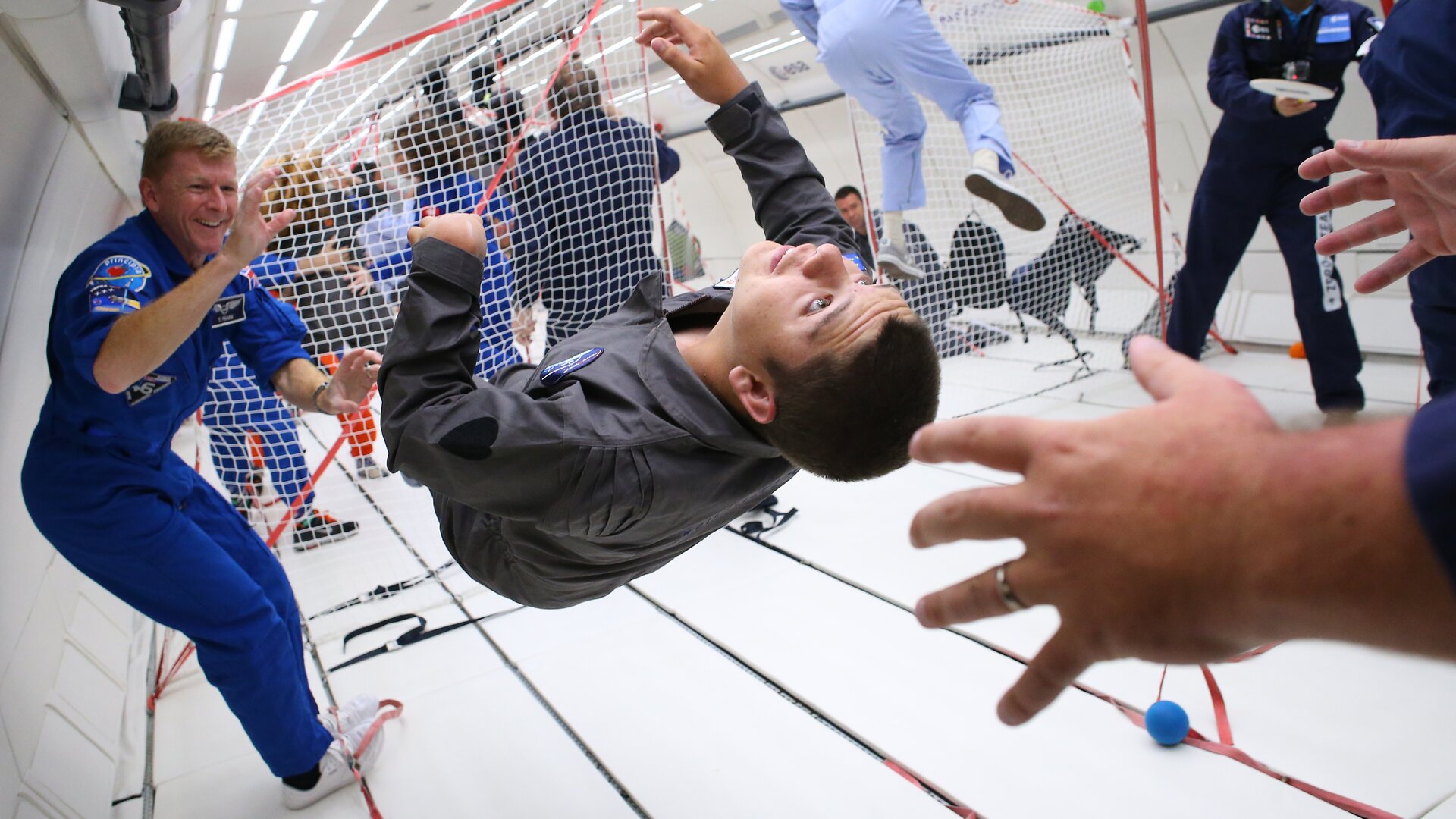 ESA this week helped to provide children with disabilities the opportunity to experience weightlessness and lunar gravity on aircraft flights.

The children also took part in science demonstrations, including lighting a candle, mixing liquids of different densities, playing ping-pong with bubbles of water and working a fidget spinner to demonstrate the effects of microgravity.

Aircraft following parabolic paths are the only way to perform science and tests in microgravity with human operators without going through lengthy astronaut training and flights to the International Space Station. A typical flight campaign offers 30 periods of weightlessness per flight. In two dedicated campaigns every year, of three flights each, ESA sponsors scientific research on the Zero-G plane operated by Novespace.

ESA director general Jan Wörner joined the Kid’s Weightless Dreams flight: “ESA is delighted to support this initiative. Educating and inspiring as diverse audience as possible, including youth, on science and spaceflight is among our priorities and to be able to extend this to children of all capabilities is doubly rewarding.”

The campaign was organised by Reves de Gosse, who have been working for over 20 years to bring children together and work on projects related to aviation, ending in a flight on an aircraft. This year, weightlessness made the culmination of their project extra special.