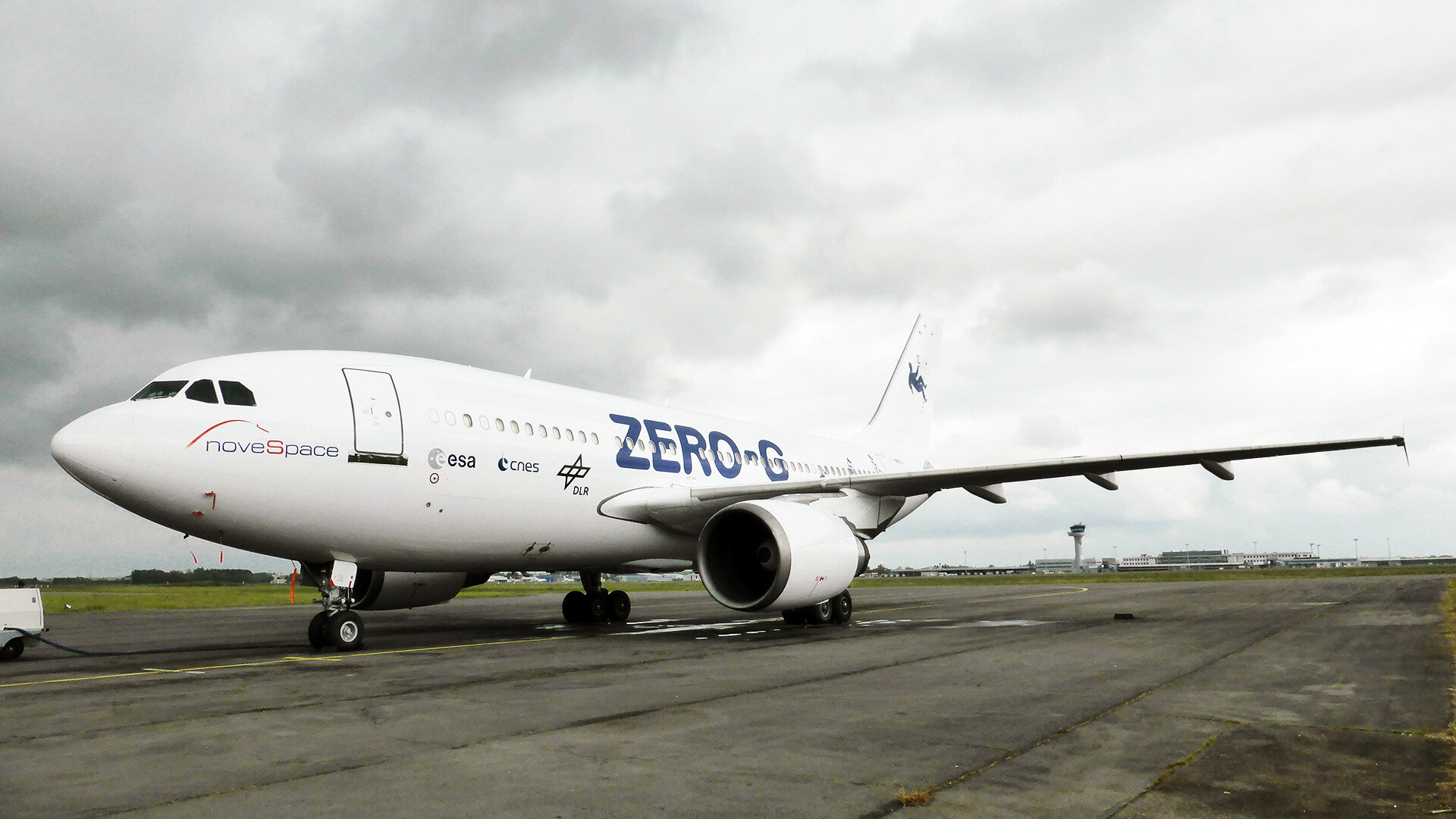 The main characteristics and features of the Airbus A310 Zero-G aircraft are:

From a steady horizontal flight, the aircraft gradually pulls up and starts climbing to an angle of approximately 50 degrees. This pull-up phase lasts for about 20 seconds, during which the aircraft experiences an acceleration of around 1.8 times the gravity level at the surface of the Earth. The engine thrust is then strongly reduced to the minimum required to compensate for air-drag, and the aircraft then follows a free-fall trajectory forming a parabola lasting approximately 20 seconds, during which weightlessness occurs.

At the end of this period, the aircraft pulls out of the parabolic arc  giving rise to another 20 second period of 1.8 g to return to normal level flight attitude.

Throughout the flight all personnel are kept informed of the flight status such as indication of how many seconds to the next parabola, number of minutes for a rest period and so on.

At the end of this period, the aircraft must pull out of the parabolic arc, a manoeuvre which gives rise to another 20 second period of 1.8g on the aircraft, after which it returns to normal level flight attitude.

These manoeuvres are flown repeatedly, with a period of 3 minutes between the start of two consecutive parabolas, i.e. approximately a one-minute parabolic phase (20 seconds at 1.8g + 20 seconds of weightlessness + 20 seconds at 1.8g), followed approximately by a two-minute "rest" period at 1g. After every group of five parabolas however, the rest interval is increased from 5 to 8 minutes.

Throughout the flight, all personnel are kept continuously informed of the flight status, i.e. indication of how many seconds to the next parabola, number of minutes of rest period, etc.