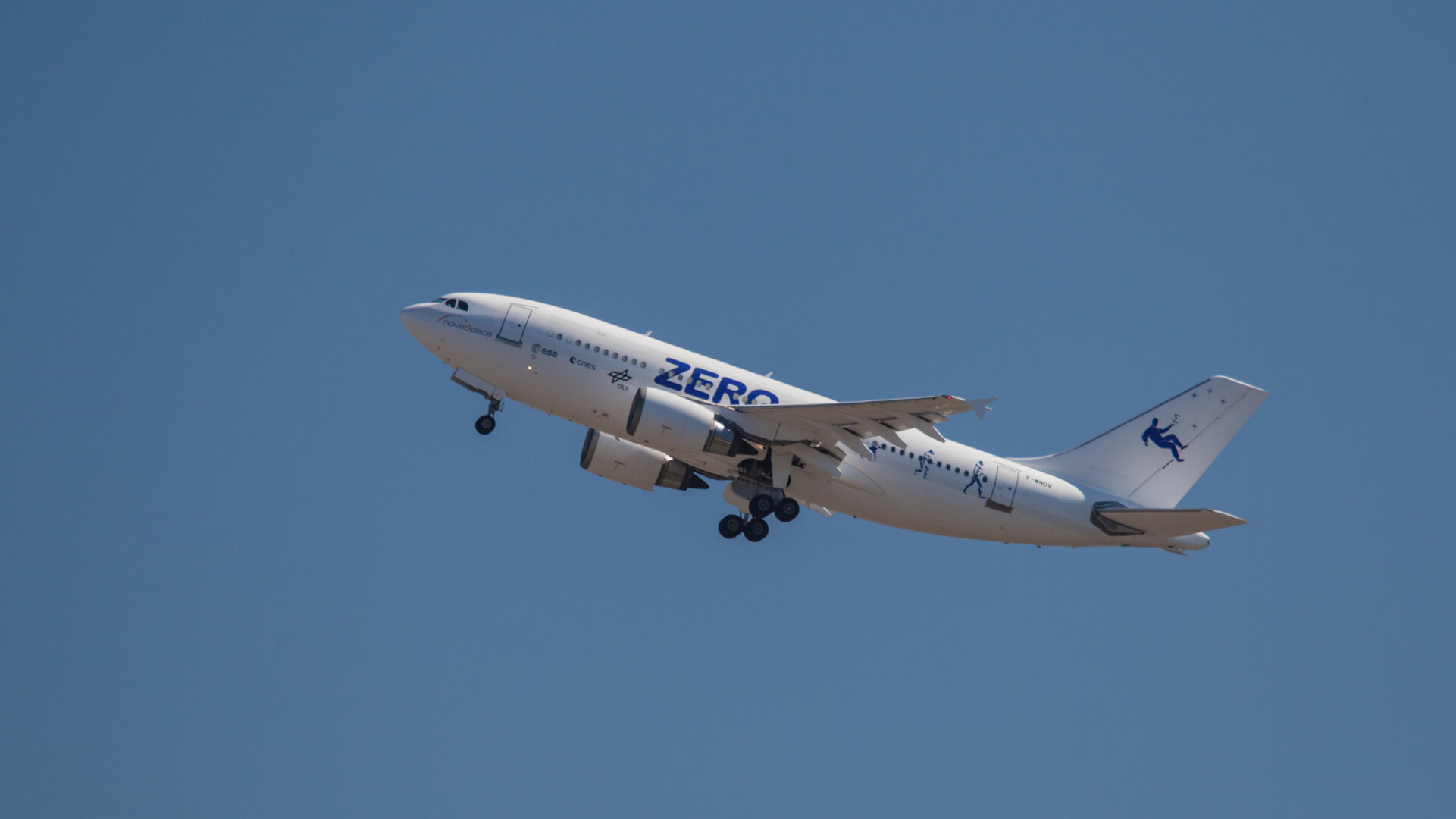 Repeatedly putting the aircraft on an up-and-down trajectory angled at up to 50° creates brief periods of weightlessness. During the climb and pulling out of the descent, the occupants endure almost twice normal gravity.

A person weighing 80 kg on Earth will feel as if they weighed 160 kg for around 20 seconds. At the top of each curve, the forces on the passengers and objects inside cancel each other out, causing everything to freefall in weightlessness.

Conducting hands-on experiments in weightlessness and hypergravity is enticing for researchers in fields as varied as astronomy, biology, physics, medicine and applied sciences, as well as for testing equipment before using it in space.

The aircraft offers more than just weightlessness, by changing the thrust and angle of attack, the team of pilots flying the plane can recreate other gravity levels such as those found on the Moon or Mars.

As the experiments invariably pass through hypergravity and normal gravity during each flight, researchers can incorporate each phase into their experiment as controls or to compare sets with different gravity levels.

Researchers join each flight to monitor and change experiment parameters immediately or adjust equipment as necessary. Parabolic flights are the only platform that allow onboard researchers and technicians direct interaction with their experiments.

ESA, CNES and DLR typically each organise several campaigns every year, but for this inauguration they joined forces.

The parabolic flights complement ESA’s portfolio of gravity-science platforms, from hypergravity centrifuges to short-term zero-gravity droptowers and sounding rockets as well as long-duration experiments that run on the International Space Station.

Flying from Bordeaux, France, French company Novespace has been running parabolic flights for more than 25 years. Last year they acquired their new aircraft to replace their trusty Airbus A300 – maintenance costs were growing due to its age.

The A310 was first used by an East German airline before the German air force started using it as a VIP transport aircraft for state visits of the German Chancellor and ministers between 1993 and 2011.

To turn it into a parabolic science aircraft most seats were removed to provide as much space as possible inside, while padded walls provide a soft landing for the passengers – the changes in ‘gravity’ can be hard to handle. Extra monitoring stations have been installed for a technician to oversee the aircraft’s systems while it is pushed to its limits – this is no transatlantic cruise.

This campaign’s experiments include understanding how humans sense objects under different gravity levels, investigating how the human heart and aorta cope, looking at how plants grow, testing new equipment for the International Space Station, trying out new techniques for launching nanosatellites, investigating whether pharmaceutical drugs will work without ‘gravity’, understanding Solar System dust clouds and planet formation, as well as investigating potential propulsion for martian aircraft.