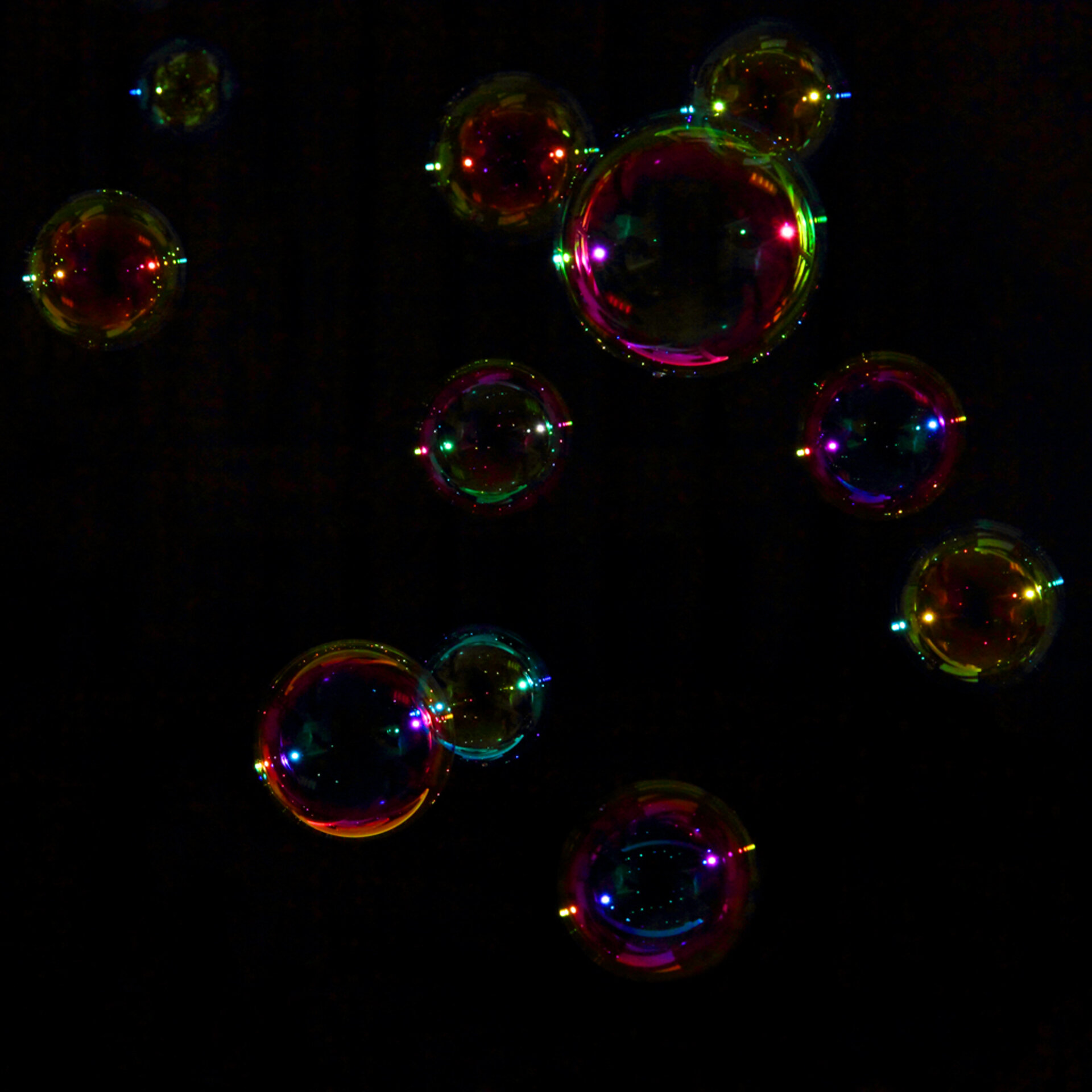 Ketchup, shampoo and paperclips were some of the 42 items that secondary school students could choose from to propose an experiment for space. Alexander used them on the International Space Station as part of the Aktion 42 competition.

The three finalist teams, composed of students 15–17 years old, saw their experiments in action in space.

The winning entries aim to examine the physical properties of soap bubbles in microgravity.

How long can a soap bubble survive on the Space Station? How big can it grow? Which colour patterns will form in the bubble? A last experiment deals with how soap bubbles are agitated by sound.

The series of experiments will demonstrate the differences between the microgravity conditions on the Station and those on Earth.

The experiments were tested on parabolic flights during 22-second periods of weightlessness. However, the Station is the best possible environment to show the long-term stability of objects like soap bubbles.

On ground, the liquid that makes up the soap bubble’s walls flows in the direction of Earth’s gravity, forming a droplet on its lower side. The result is an unstable soap bubble.

In weightlessness, the thickness of a soap bubble will stay constant over its whole surface area. This greatly increases its stability.

Alexander illustrated this by measuring the lifetime of soap bubbles, piercing them with a safety pin and subjecting them to music. He also used a coloured soap solution to show how convection causes liquids to flow in the bubble’s wall.