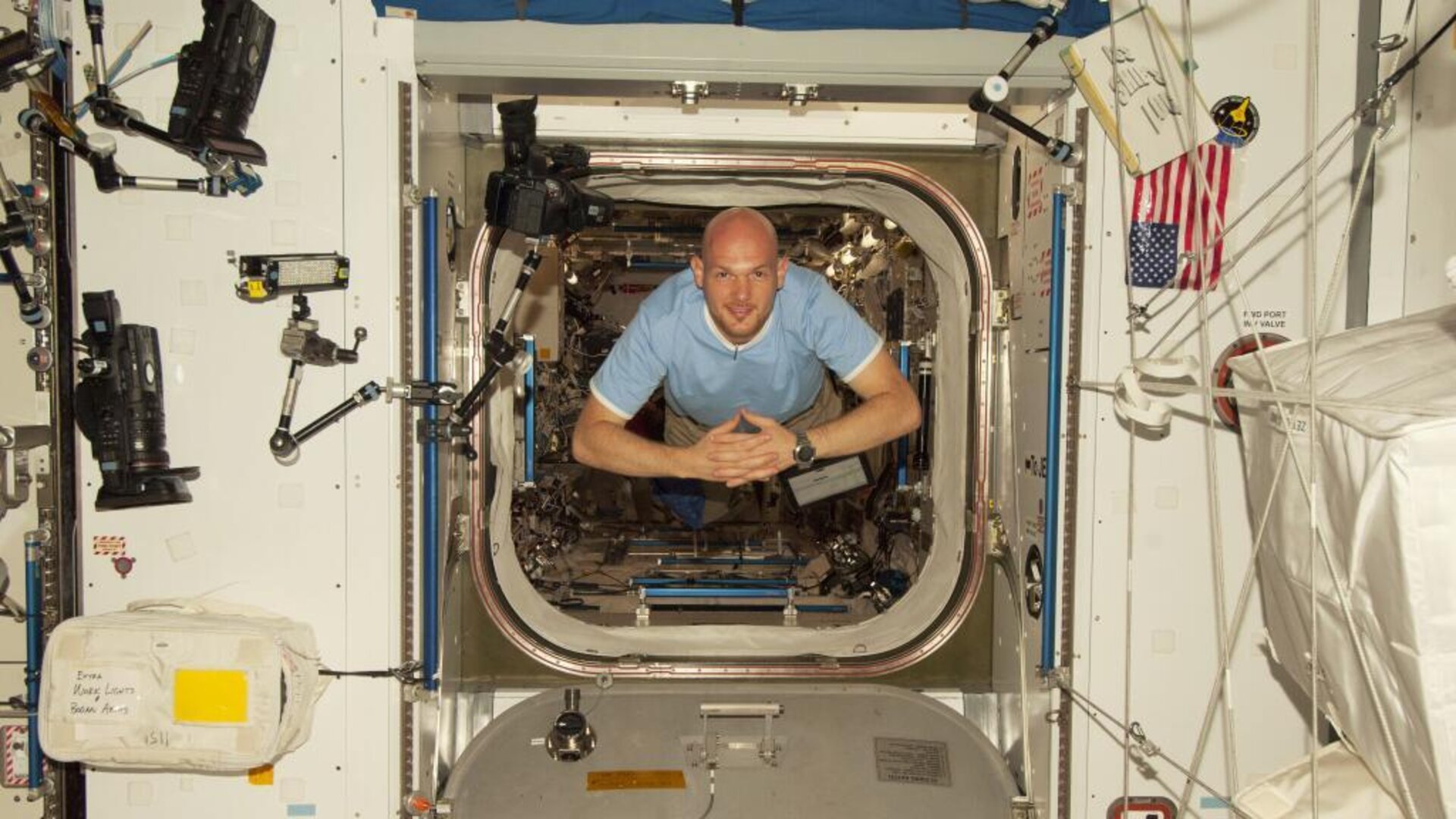 ESA astronaut Alexander Gerst has now spent a week in space on the International Space Station. As he grows accustomed to floating in weightlessness, he has been busy learning about his new home, taking over experiments, drawing blood, keeping fit and, yes, cleaning the toilet.

Alexander arrived in the early morning 29 May together with NASA astronaut Reid Wiseman and Roscosmos commander Maxim Suraev in their Soyuz spacecraft.

They complement the three crewmembers on board since April and will stay in their new home in space for almost six months.

Immediately after arrival, they held a short conference with family and friends on Earth who they had left behind only six hours earlier. Alexander’s comment: “It is awesome up here!”

One of Alexander’s first experiments was relatively easy, a questionnaire about headaches. Many astronauts suffer from headaches that have been described as “exploding”, and scientists want to find out more about who suffers most and when.

As with many experiments that make use of the Station, ESA’s space headache research is collecting data over many years and from multiple astronauts – 30 for this experiment.

Alexander and Reid were taken on tours of the Station – the size of a large six-bedroom house – and shown how the systems work by Station commander Steve Swanson. General maintenance and emergency procedures were run through for the new arrivals.

A more involving experiment for Alexander checked his eyes for NASA’s Ocular Health research into how astronauts’ eyes adapt to space conditions.

Alexander also replaced a lamp for a Japanese experiment that is looking at how plants resist the pull of gravity and grow upwards. This effect can only be studied in a laboratory in the absence of weight.

In his own words Alexander tweeted from space: “Repaired xenon lamp yesterday in Japanese SAIBO rack, for experiments aiming to grow more effective crops on Earth.” Alexander will work on the  complementary Seedling Growth-2 ESA–NASA study later during his Blue Dot mission.

Just like any large house, the Station requires attention to more menial jobs. As Alexander’s colleagues spent time cleaning and packing waste items for removal, Alexander cleaned and maintained one of the two toilets. He has trained for this many times on Earth, but doing it in space was a new experience.

All astronauts on the Station spend two hours a day keeping fit on exercise machines. In addition to all these tasks and getting acclimatised, Alexander is sharing his experiences via social media – follow his mission at alexandergerst.esa.int