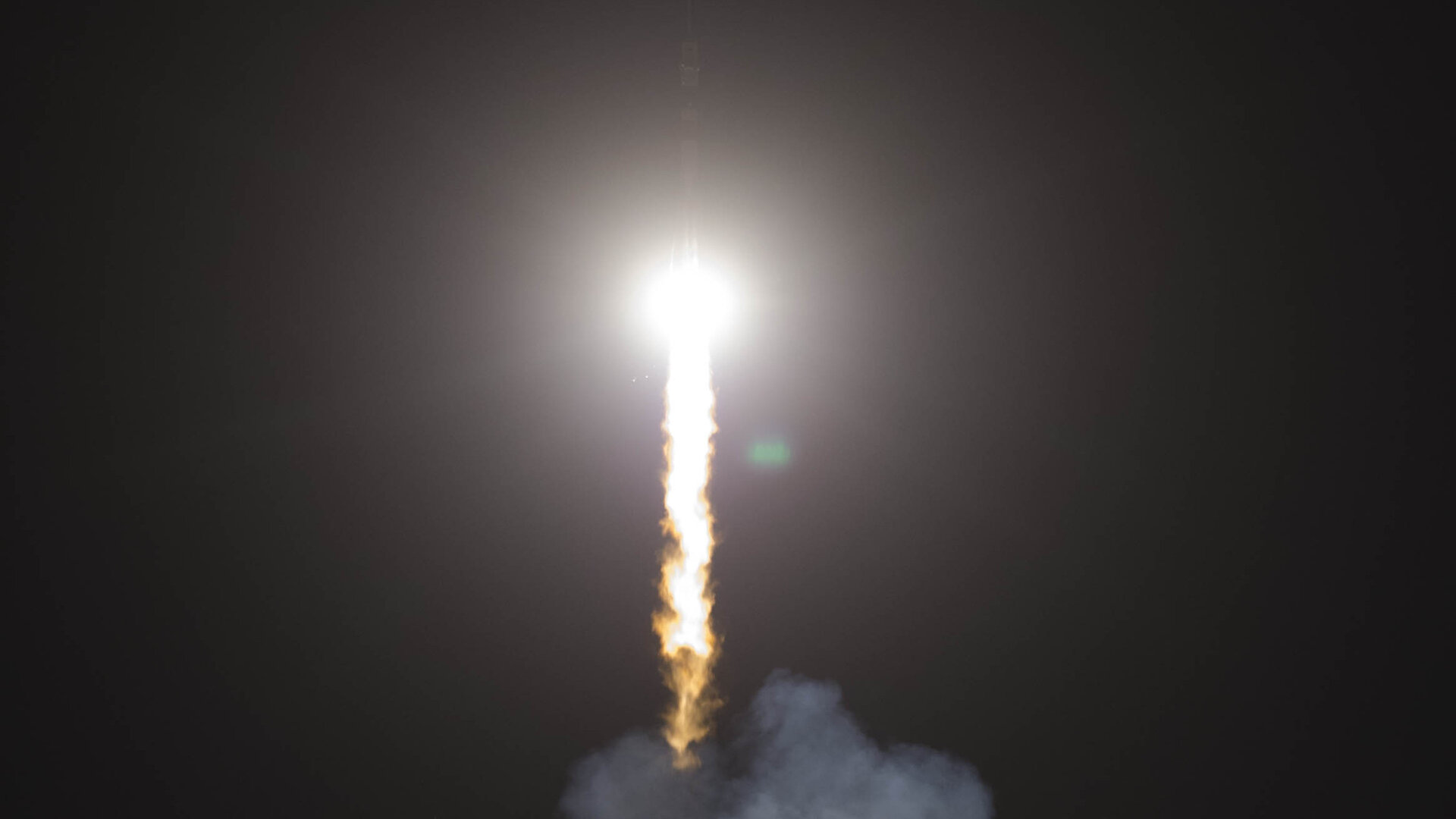 A Soyuz spacecraft launched last night from Baikonur cosmodrome in Kazakhstan docked with the International Space Station in the early hours of this morning. Onboard were ESA astronaut Alexander Gerst and his Expedition 40/41 crewmates, who will now live and work in space for the next six months.

Alexander’s flight is the third visit of a German national to the orbital outpost and the sixth long-duration mission for an ESA astronaut.

The Soyuz TMA-13M spacecraft lifted off from Baikonur at 19:57 GMT (21:57 CEST) on 28 May and reached orbit nine minutes later. After four orbits around Earth, their Soyuz arrived at the Station’s Rassvet module for docking.

Soyuz docked as planned at 01:44 GMT (03:44 CEST) and the hatch was opened at 03:52 GMT (05:52 CEST). They were greeted by cosmonauts Alexander Skvortsov and Oleg Artemyev and NASA astronaut Steven Swanson, who will share part of the mission as members of Expedition 39/40.

During the first week on the Station, Alexander and the new arrivals will familiarise themselves with their new home before beginning a full roster of research and technical activities.

Alexander’s 166-day mission is called Blue Dot after the American astronomer Carl Sagan's description of distant Earth as “a pale blue dot” as seen on a photograph taken by NASA’s Voyager probe six billion kilometres from our planet.

The mission includes an extensive scientific programme, reflecting the diversity of research conducted on the Station.

In keeping with ESA’s policy of maximising the practical benefit of research in space, more than 40 experiments are of scientific value or will prepare for further exploration missions.

By suspending molten metal in weightlessness, scientists can obtain much more precise measurements of metal characteristics than possible on Earth, where the readings are typically affected by the container.

All scientific experiments on the Space Station are pushing the frontiers of knowledge, directly feeding back into innovation on planet Earth.

As a flight engineer, Alexander will also help to dock ESA’s fifth and final Automated Transfer Vehicle,Georges Lemaitre, which is set for launch on 25 July.

These ATVs are the largest supply vessels serving the Station, delivering essential cargo, performing regular orbit reboosts and capable of manoeuvring the 420-tonne complex out of the way of hazardous space debris if need be.

ATV-5 will test the new LIRIS laser infrared imaging sensor that will allow future vessels to dock with targets such as space capsules and orbital debris.

Alexander will also be closely involved in berthing other supply vessels expected to arrive during his mission.

Further highlights of the mission include a planned spacewalk.

Like other ESA astronauts before him, Alexander will also conduct an educational programme to inspire children.

Follow the Blue Dot mission with on the blog: http://blogs.esa.int/alexander-gerst/