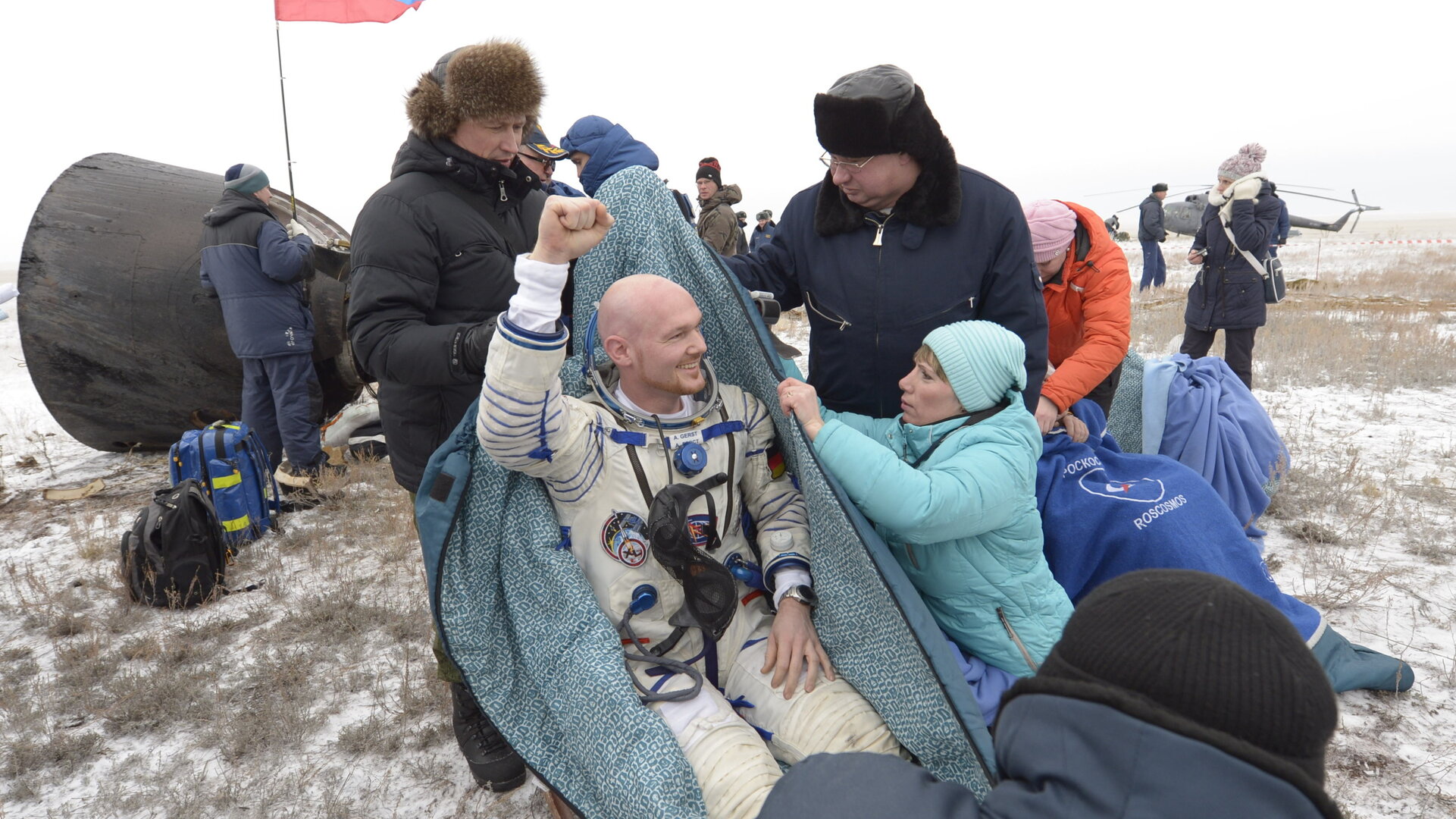 Alexander is now flying straight to the European Astronaut Centre (EAC), the home base of all ESA astronauts in Cologne, Germany. ESA’s medical team will monitor how he readapts to gravity after spending more than five months in weightlessness.

Media are invited to EAC on 13 November for his first public appearance. The one-hour event includes Alexander’s first-hand report and covers the science experiments he ran in space.

Alexander performed over 50 experiments during his flight on the weightless research centre as it circled our planet 400 km up. In just two weeks, ESA astronaut Samantha Cristoforetti will continue many of the experiments and begin new ones when she is launched on her ‘Futura’ mission.

Highlights of Alexander’s ‘Blue Dot’ mission included installing ESA’s furnace that can suspend and cool molten metal in mid-air, a spacewalk to maintain and improve the Space Station, and the docking of Europe’s last Automated Transfer Vehicle – the largest spacecraft to supply the research centre.

A large selection of photographs from Blue Dot, most taken by Alexander himself, is available on the Flickr page: http://www.flickr.com/photos/astro_alex

The press conference at the European Astronaut Centre starts at 11:00 CET and will last for one hour, with a panel consisting of:

The head of the European Astronaut Centre and ESA astronaut Frank De Winne as well as Johann Wörner, Thomas Reiter, and ESA experts will be available for interviews. For operational reasons, there will be no interviews with Alexander.

Media representatives can register for the event here:http://www.amiando.com/AlexanderGerst.html