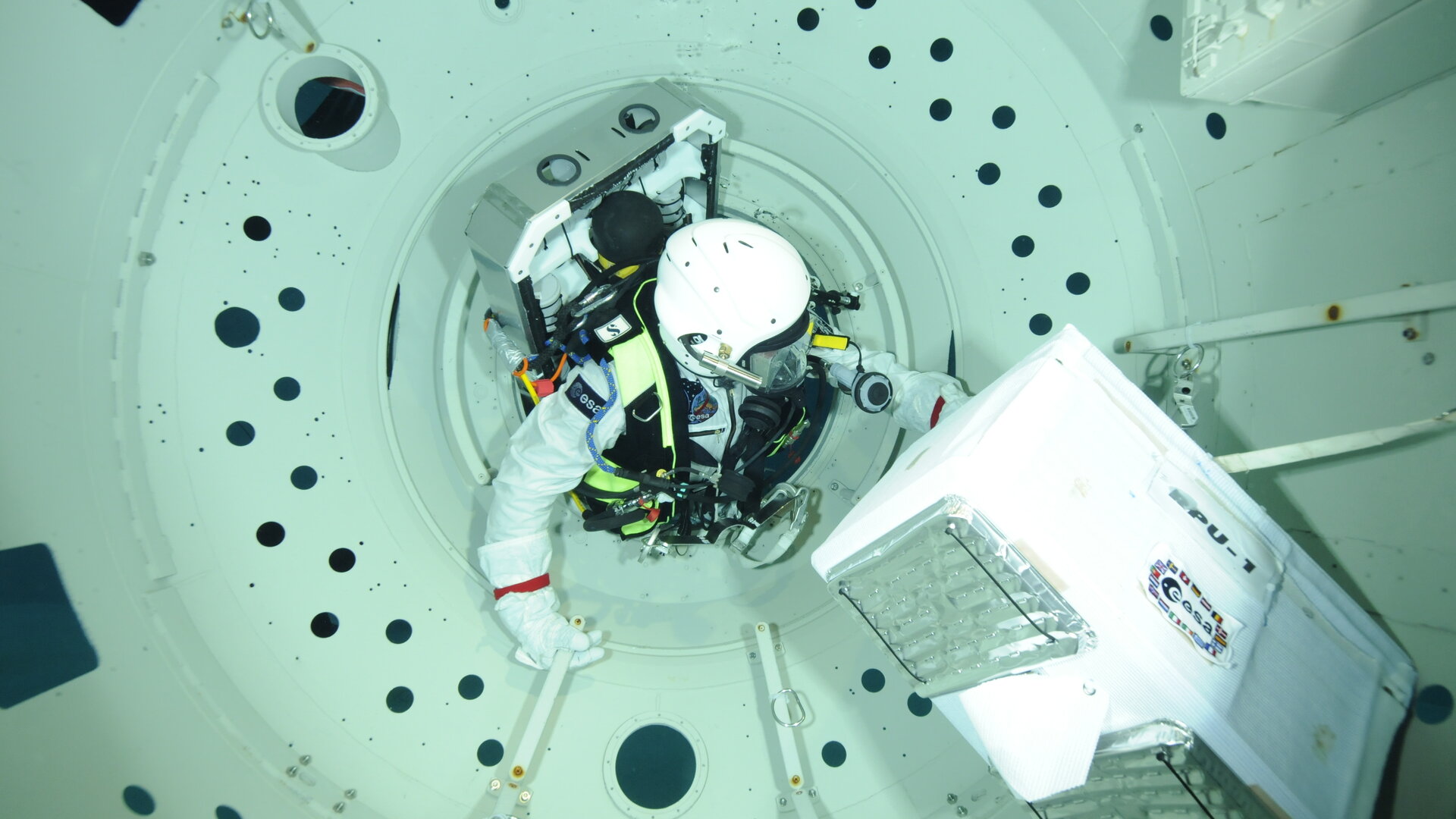 Alexander Gerst was selected as an ESA astronaut in 2009 and in the five years between selection and his mission launch he has been training virtually non-stop. Five years of training might seem like a long time, but in Alexander’s own words: “When you consider that new astronauts must learn a completely new profession before heading into space, as if studying at university, it does not appear quite so long.”

On a Space Station mission we have to be jack-of-all-trades, and that is why we train so long for each mission. We must be scientists, janitors, drivers, cleaners, doctors, fire-fighters, engineers and guinea pigs

Astronauts are chosen from a variety of professional and cultural backgrounds and each astronaut has to be bought up to speed on a wide variety of knowledge.

Alexander was chosen for Blue Dot almost immediately after he had completed basic training. This meant that the pace increased as the astronaut was taught more about his future home for six months: the International Space Station.

Almost three years of intensive mission training saw Alexander visit the facilities of all the Station partners. From his home base in Cologne, Alexander sometimes worked 60-hour weeks in Japan, Canada, Russia and the US. 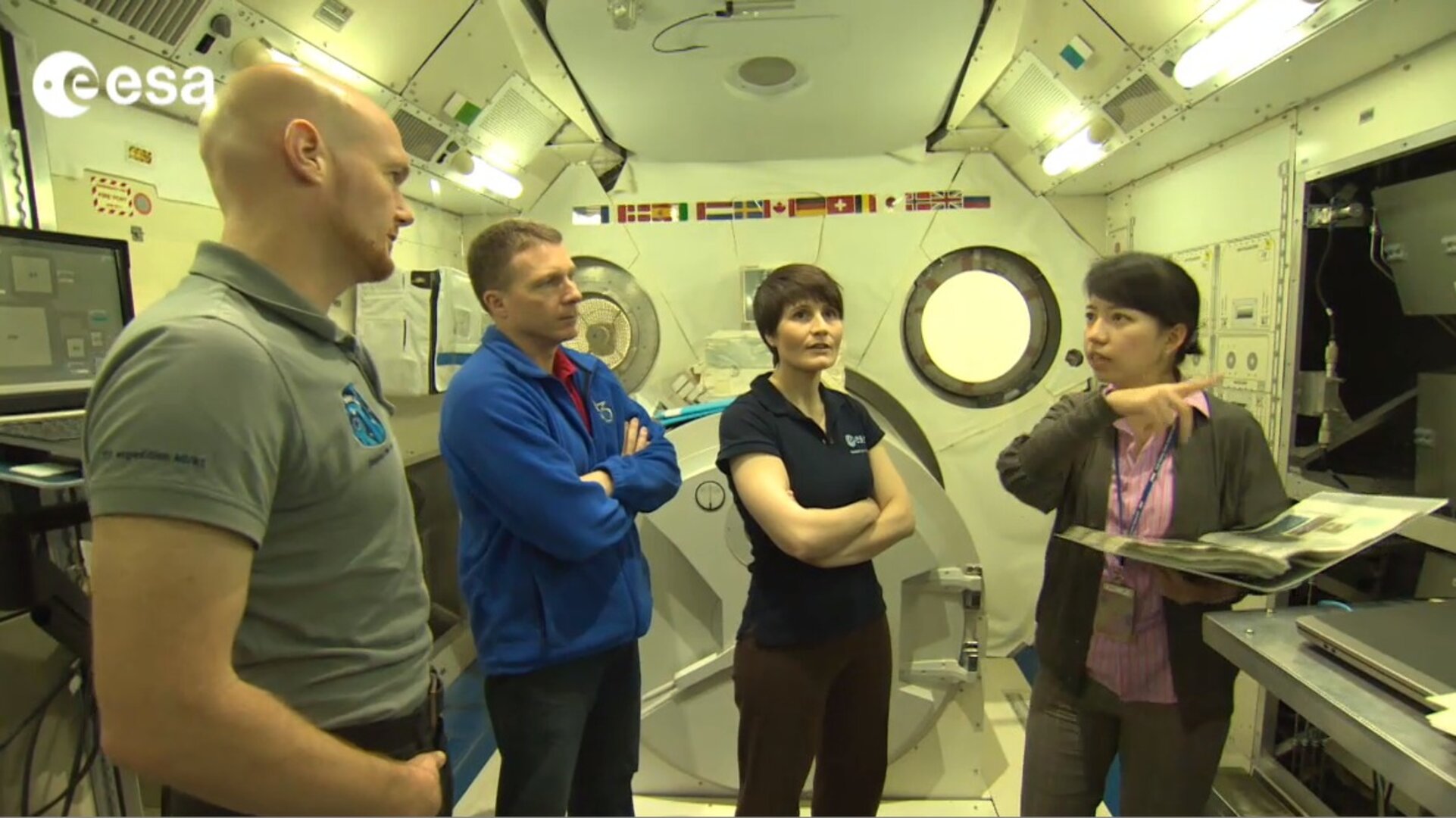 He was taught how to fly the Station’s robotic arm in Montreal, Canada, learnt how to work in the Japanese Kibo laboratory in Tsukuba Space Center, Japan, dived underwater to practise spacewalks on a life-size mockup of the Station in Houston, USA and earned his space-wings on the Soyuz simulator at the Yuri Gagarin Cosmonaut Centre at Star City, Russia.

As the mission deadline neared, training focused on individual equipment and experiments that Alexander ran during his mission. In the final weeks before launch, the crew passed a formal examination in a centre near Moscow, Russia which officially declared them ready to fly the Soyuz spacecraft.

But the training does not stop there. Imagine operating the Station’s robotic arm or monitoring the arrival of ESA’s 20-tonne ATV space freighter – one wrong move and you could bring your crewmates and yourself into a dangerous situation, not to mention risking millions of euros. If the last time you trained on a specific task was months before your mission, it would be understandable if you were nervous. For this reason, Alexander and crewmates took refresher courses while on the Station to review procedures. 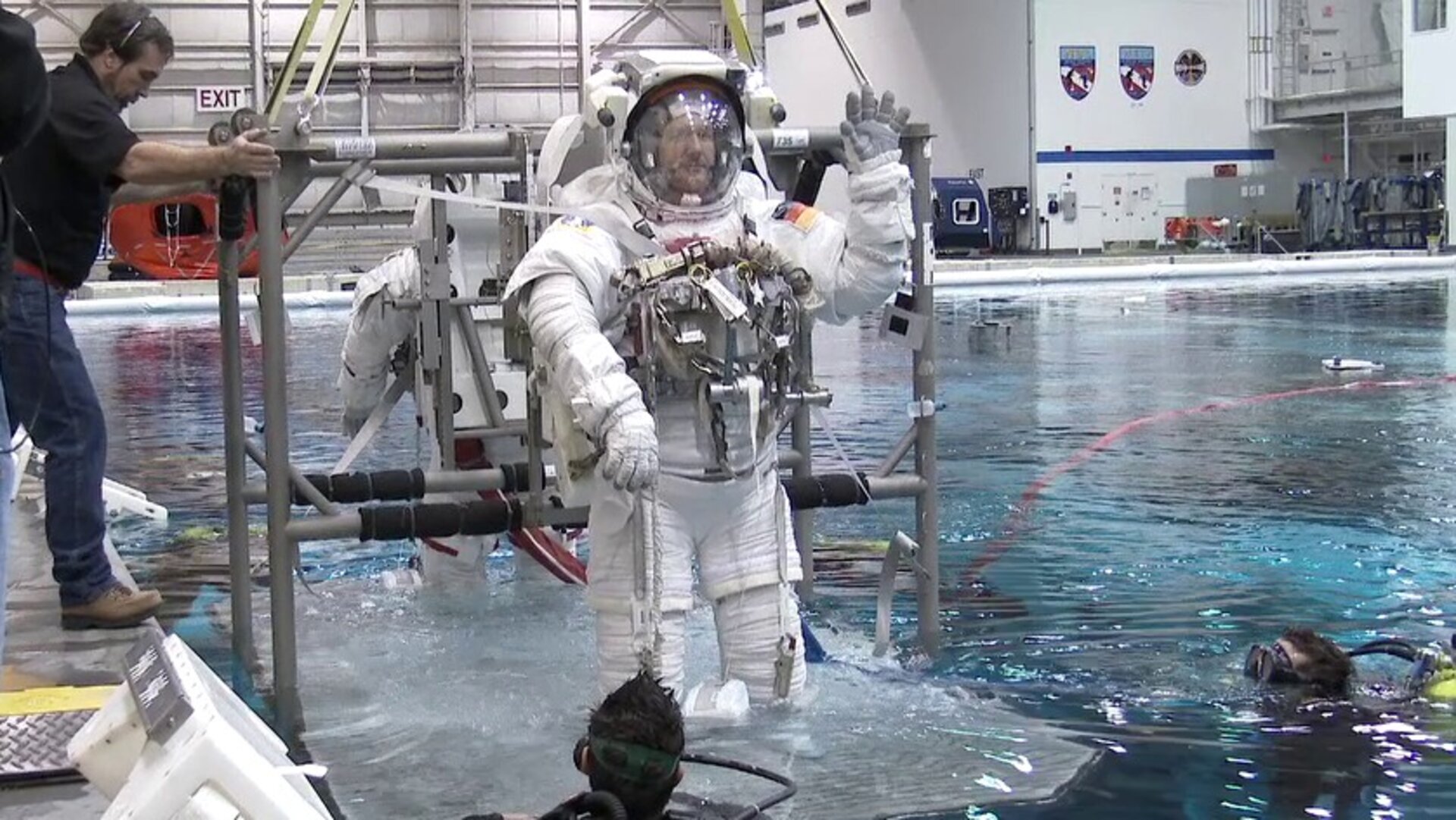