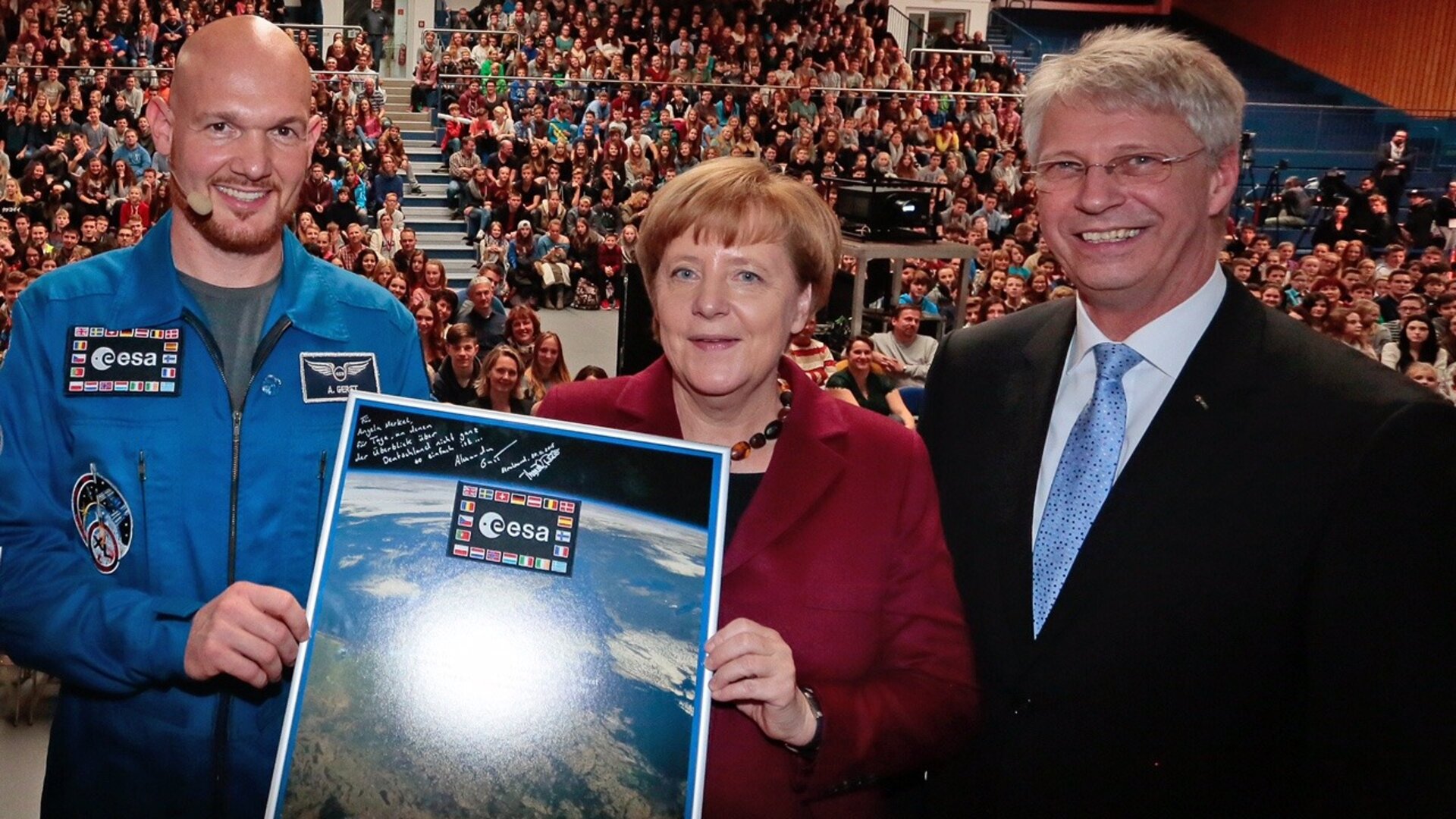 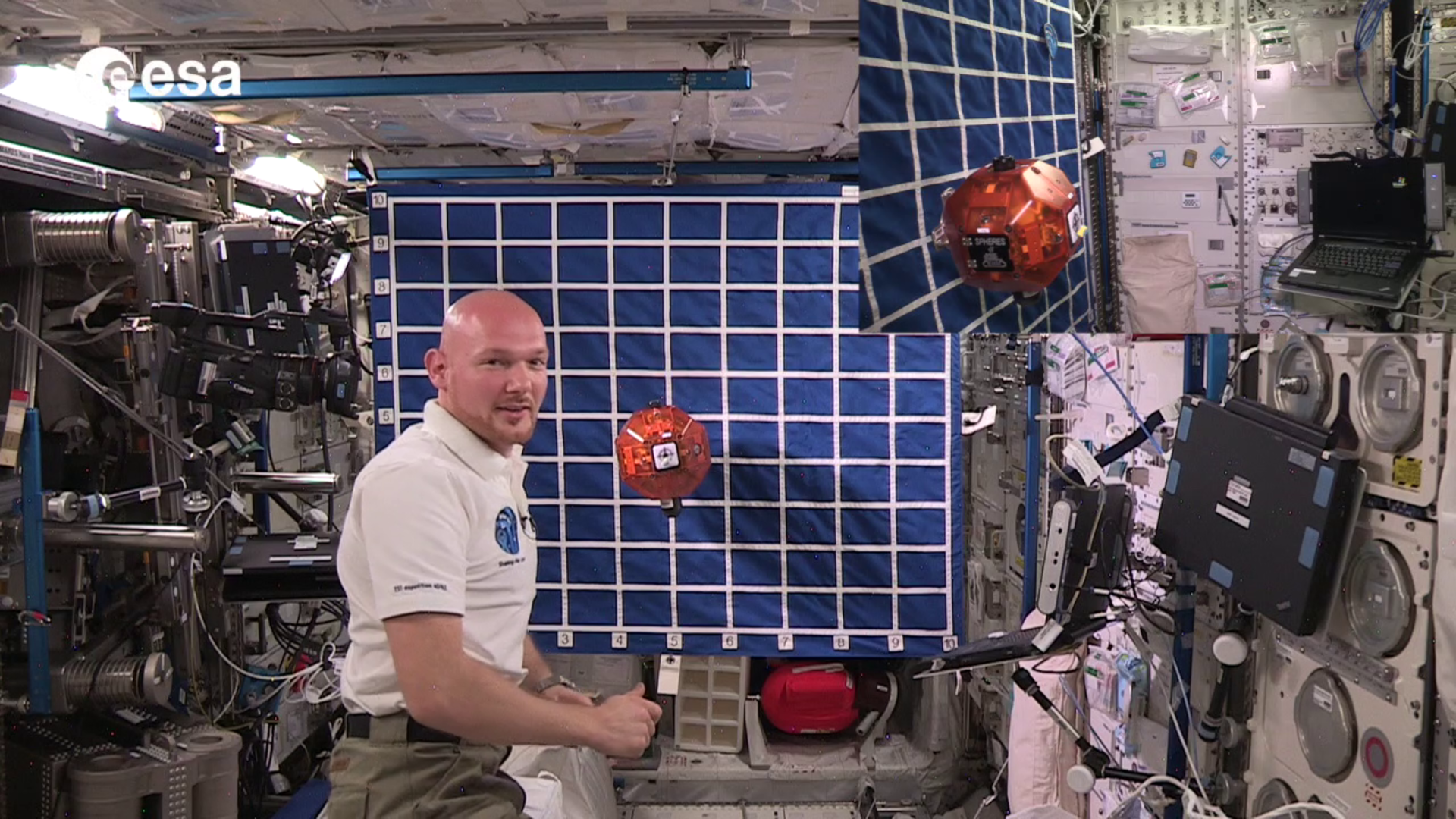 Alexander was invited last Friday by Mrs Merkel, a physicist by training, to present the highlights of his Blue Dot mission in space to curious secondary-school students.

Some 1200 students, local officials, regional media and Mrs Merkel in the city of Stralsund were captivated by Alexander’s space adventures.

Afterwards, the extensive scientific, societal and economic benefits of human spaceflight were debated by a panel consisting of Mrs Merkel, who is a Member of Parliament (MdB) for that region, Thomas Reiter, ESA Director for Human Spaceflight and Operations, Alexander Gerst and Volker Schmid, a DLR German Aerospace Center expert on International Space Station science.

They focused on the technical challenges of flying humans in space and the fascinating scientific work performed on the Station by Alexander, including the close links between ESA astronauts in orbit and scientists on the ground.

In addition to being a Hanseatic city with long-standing business and intellectual links across Europe, Greifswald is known for its high-level plasma research, marine biology and medical studies, with links to a number of ESA missions.

The invitation by Chancellor Merkel is a confirmation of ESA’s key role in helping its Member States to inspire younger generations and decision-makers on the importance of a ‘United Space in Europe’. Events and debates supporting this goal were also highlighted during the visits of Her Majesty Queen Beatrix of the Netherlands and Italy’s President Giorgio Napolitano to ESA’s ESTEC technical heart in Noordwijk, the Netherlands, and of Spain’s Prime Minister Mariano Rajoy to the Agency’s ESAC space astronomy centre near Madrid, Spain. 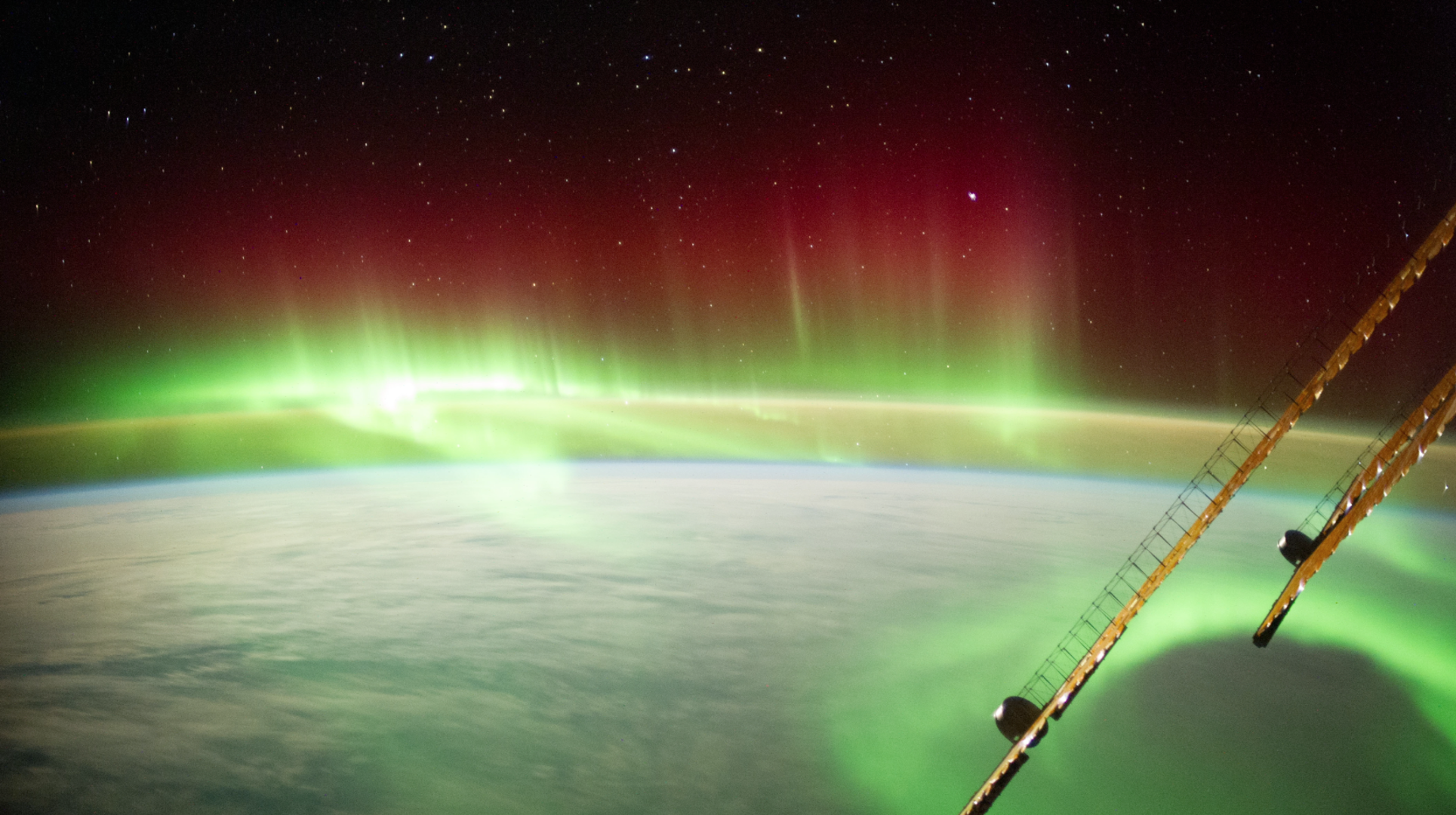 This timelapse video was taken by ESA astronaut Alexander Gerst.
Access the video