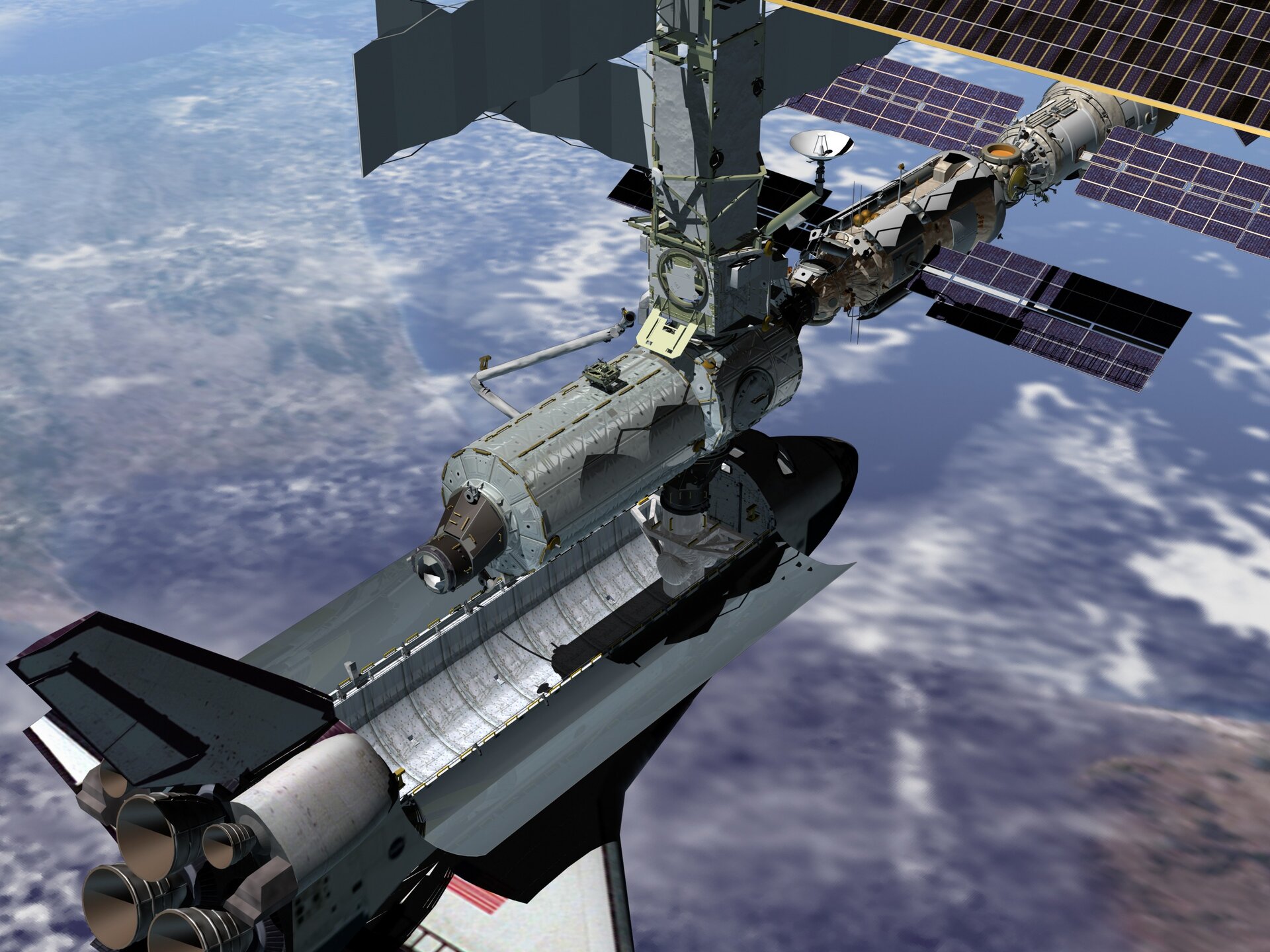 The International Space Station took a big step forward when the Space Shuttle Atlantis lifted off from Florida on 7 February 2001. In the Shuttle's cargo bay was the US laboratory module Destiny - an 8.5-metre cylinder that can accommodate up to 24 equipment racks for experiments. Destiny will also add to ISS command and control facilities, linking with the European-built avionics of the station's Service Module.

Although it will be at least four years before the construction of the station is complete, Destiny's arrival means that scientists can now begin to reap the benefits of the project.

The new addition brings the mass of the station to over 100 tonnes. With external dimensions of 73 by 52 by 27.5 metres, the ISS now has more habitable space than Russia's ageing Mir station.

For Atlantis to make its rendezvous with the space station, take-off timing had to be very precise: the launch window was just five minutes wide, and any countdown problems would have meant a lengthy postponement.

It took almost two days in space before the Shuttle's orbit matched that of the ISS and its crew could get to work on the delicate business of assembly. The job required three long-planned spacewalks, overseen by veteran Mission Specialist Marsha Ivins. In between spacewalks, Shuttle Commander Ken Cockrell used Atlantic's thrusters to raise the station's orbit by about 25 kilometres.

For the team already aboard the space station, the arrival of the Shuttle was a welcome diversion. Commander Bill Shepherd and Cosmonauts Yuri Gidzenko and Sergei Krikaler - the Station's first regular crew - were celebrating their hundredth day in orbit as Atlantis took off. Before their guests arrived, they gave their cramped living quarters an early spring clean, and sent a Progress craft laden with rubbish to burn up harmlessly in the atmosphere more than 300 kilometres below. When the three men say goodbye to Atlantis after a week-long visit, they can look forward to another month of orbital duty before the next crew arrives.

Destiny is only the first of the space station's science modules. In due course it will be joined by similar packages from Russia and Japan - and of course by Europe's own habitable laboratory Columbus, whose 130 cubic metres will include a range of specialised research facilities.

Navigation electronics aboard Destiny allowed the ISS crew to spin up the station's Control Moment Gyroscopes for the first time. These gyros will now take over the station's attitude control: until now, precious reserves of on-board propellant had to be used to nudge the station into line.

Window on the world

Destiny is a room with a view: the module includes an optically pure window that permits precise observation. But as delivered, Destiny came wrapped in protective insulation. As one of their final tasks, Atlantis's spacewalkers had to clear the wrapping from the observation port and replace it with a powered shutter that will protect Destiny's picture window from micrometeorite scratches.