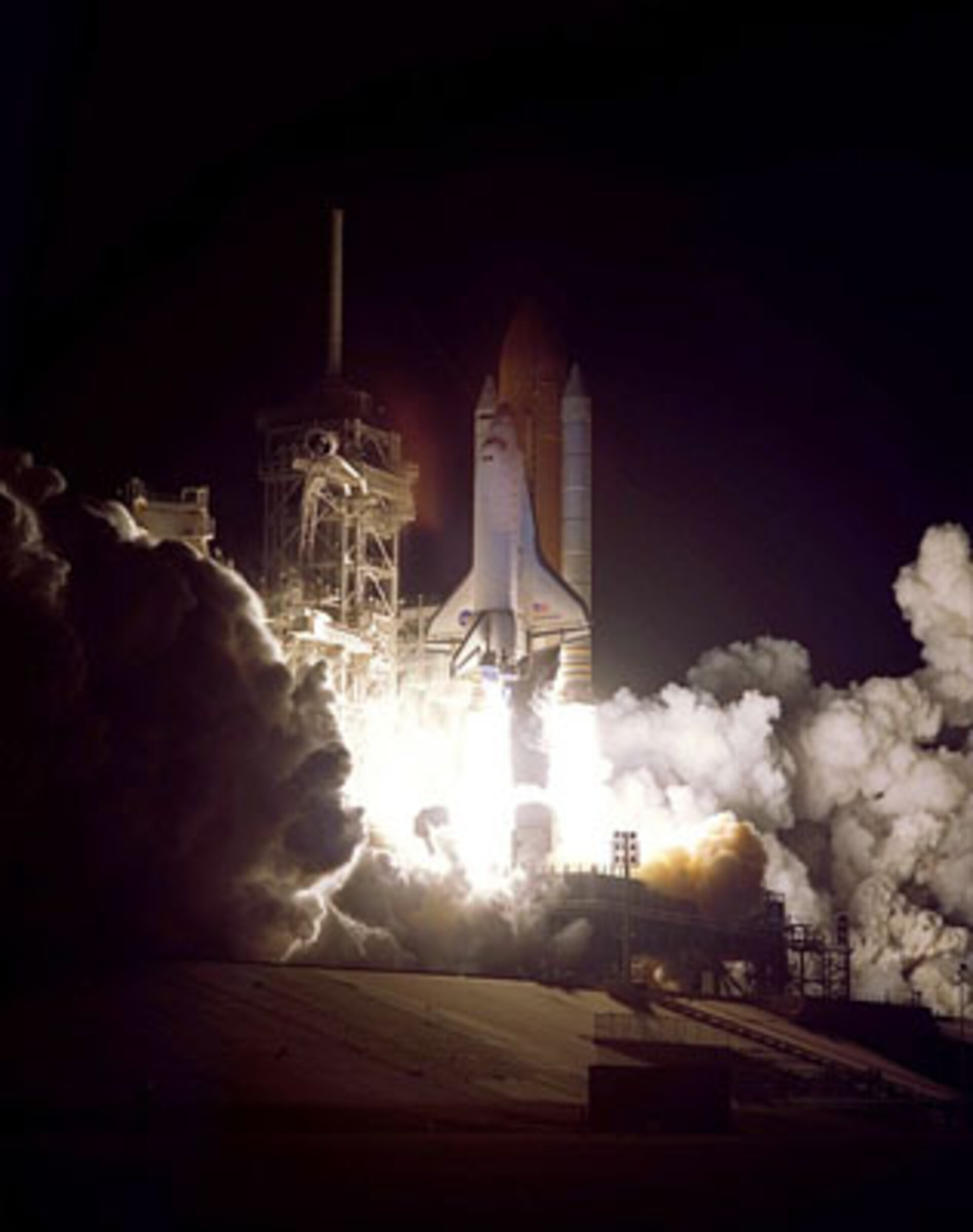 Space Shuttle Endeavour successfully lifted off from Cape Canaveral at 3.06 (GMT) today. On board were five astronauts, including Marc Garneau, Canada’s first astronaut in space. When Endeavour’s crew arrives at 19.57 (GMT) on Saturday 2 December, they will be the first visitors to the International Space Station (ISS) since its resident crew arrived on 2 November.

In preparation for the visit, ISS’s resident crew will undock the Progress cargo ship from the station at about 16.20 (GMT) today. This will then be placed about 2600 km away from the station. After Endeavour’s departure, the United States and Russian flight controllers will decide on whether or not to redock Progress to ISS.

Endeavour’s job is to deliver the P6 Integrated Truss Segment, which includes the first set of Solar arrays and a power distribution system. During its 10-day mission Endeavour’s robotic arm will be used and three space walks are planned.

After the launch, Jim Halsell, Chairman of NASA’s mission management team, told a news conference "It’s a good way for us to close out this year of launches and to look forward to what will be a challenging new year".