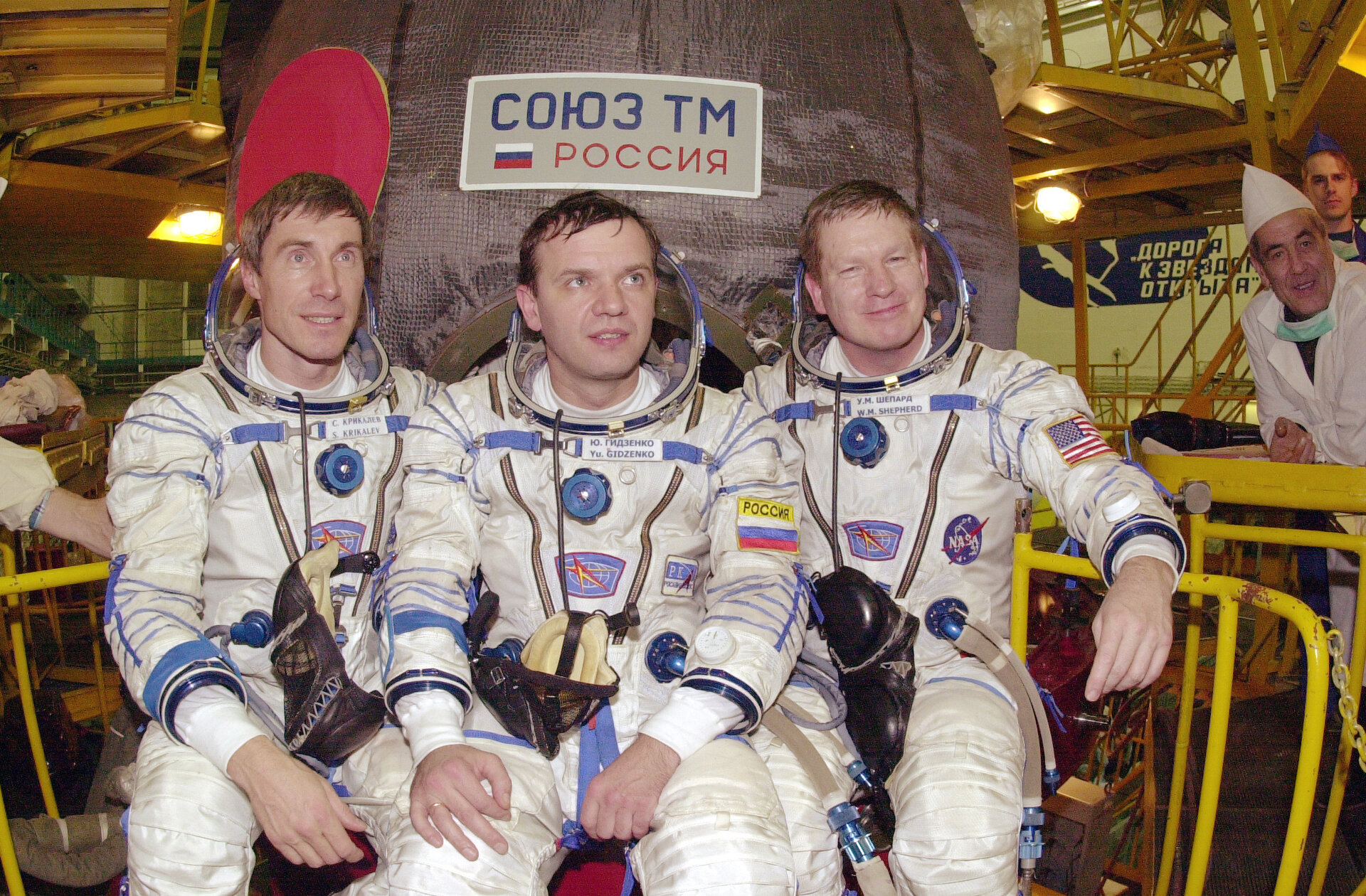 December 25 is a holiday even 400 kilometres above the Earth. The crew of the International Space Station (ISS) – US astronaut Bill Shepherd and Russians Yuri Gidzenko and Sergei Krikalev – took a break from their work to read, watch films or sleep. According to Bill Shepherd, much of the day was spent gazing out of the ISS windows at the Earth below.

The astronauts opened presents delivered earlier by a Russian cargo ship and the space shuttle Endeavour, enjoyed a Christmas dinner made with rehydrated turkey and exchanged greetings with their families through special radio links.

The holiday did not last long as preparations had to be made to redock with the unmanned Russian resupply vehicle Progress on 26 December. Progress was undocked on 1 December and placed in a ‘parking’ orbit to make way for the space shuttle Endeavour. Initially there had been doubts as to whether the redocking should go ahead as the automatic guidance system failed during the first docking on 18 November. Russian engineers identified a problem in the computer control software and earlier this month a software patch was uplinked to the Progress. Testing the patch to ensure that future Progress vehicles can dock safely was the main objective of the redocking.

Everything went according to schedule and at 10.54 UT on 26 December Yuri Gidzenko successfully piloted Progress to a trouble-free manual redocking with the ISS. Progress provides extra storage space for rubbish and contains the extra fuel needed for manoeuvres.

The crew have now been on board the ISS, which is a joint undertaking of the United States, Russia, Japan and 10 Member States of ESA, for 56 days. The crew’s return flight, scheduled for launch on 15 February has now been delayed to the beginning of March due to technical problems. Asked for the crew’s opinion of the delay, Bill Shepherd replied “If you look back at the people who did the initial exploration hundreds of years ago, some of those people lived on ships for years travelling the globe and didn’t even get off. So I think the comparison, having to be on a space station for an extra couple of weeks, is a pretty minor thing.”