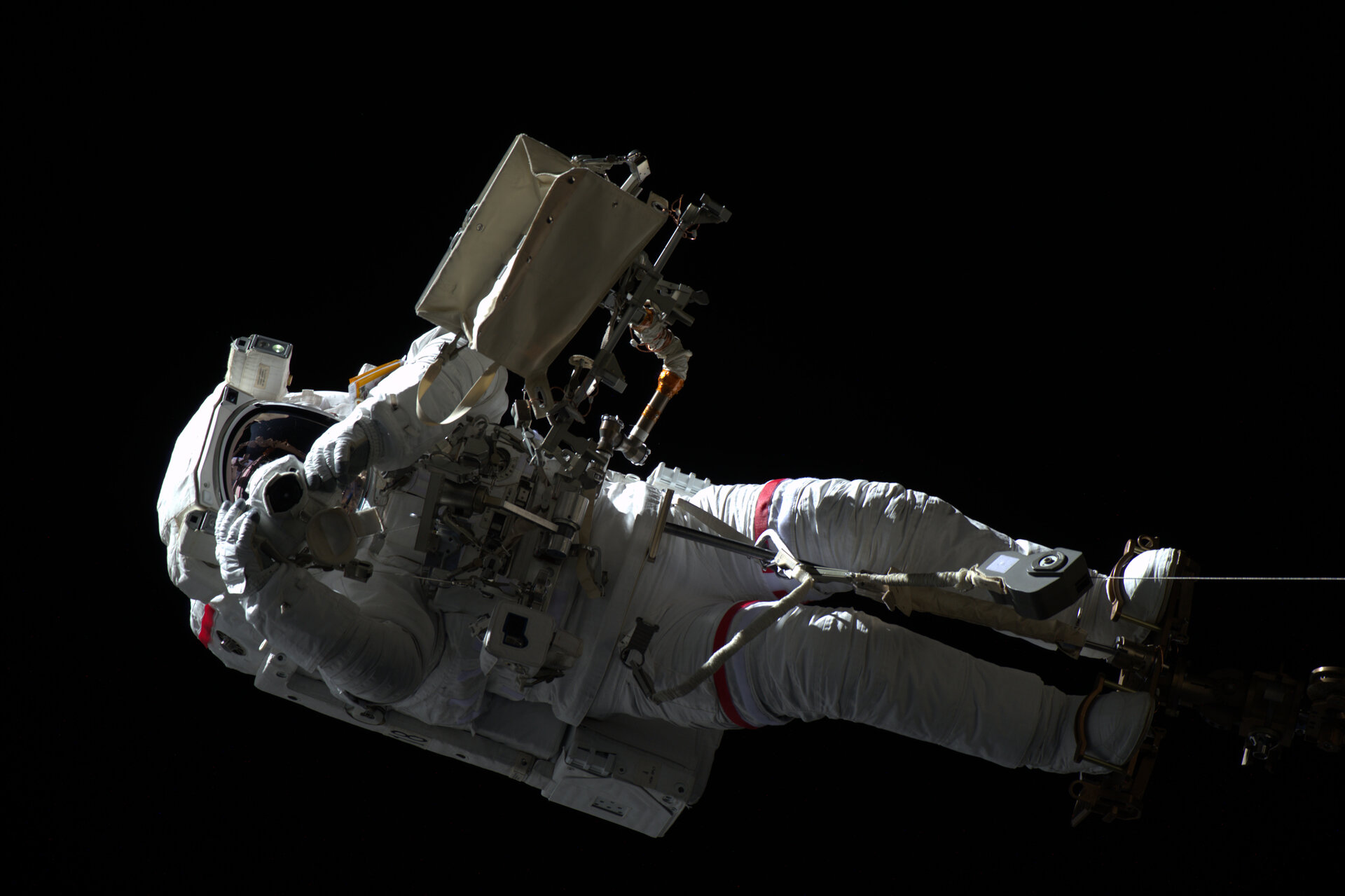 The pair may have made the complex task look easy but in reality, it was years in the making. The first AMS spacewalk marked four years to the day since the decision was made to service the instrument. Over twenty new tools were designed for the task, special procedures were developed and numerous training runs were conducted using NASA’s Neutral Buoyancy Laboratory (NBL) pool, the ARGOS suspension harness and virtual reality headsets.

Launched to the Station in 2011, AMS-02 was originally designed for a three-year mission and was never intended to be maintained in orbit. However, the data it has produced while sifting through cosmic particles is helping researchers piece together the mysteries of our Universe, and now its cooling system must be replaced for the experiment to continue.

Clearing the way for the next EVA

When Luca and Drew ventured beyond the airlock with a European in the lead spacewalking role of EV1 for the first time, they not only installed vital handrails and removed the AMS-02’s debris shield, they also completed tasks scheduled for the next spacewalk in the series.

In a special live broadcast from ESA’s astronaut centre in Cologne, Germany, deputy principal investigator for AMS Stefan Schael described the spacewalk as a “tremendous success” saying “they have done the two things that could have really stopped the whole operation”.

The first potentially show-stopping AMS task was to remove the debris shield that covered the instrument. Spacewalk support teams were unsure if this would even be possible after eight years of exposure to space but Luca used specially-designed tools to remove the shield’s many screws and washers before handing it over to Drew who cast the shield away from the Station where it will eventually burn up harmlessly in Earth’s orbit.

The second tricky task was clearing the way to the service channel where the instrument’s cooling pipes are housed. Breaking the carbon fibre cover and gaining access to this channel was originally foreseen for the second spacewalk.

Having removed and jettisoned the VSB cover, unscrewing bridges over the tubes in the VSB and connecting a new data cable, Luca and Drew are in good stead for their second spacewalk, but challenging tasks still await them.

Tune in to the action

You can watch a replay of Luca’s first #SpacewalkForAMS with additional commentary from experts at ESA and the European laboratory for particle physics CERN here.

ESA Web TV will also cover the second #SpacewalkForAMS from 12:30 CET (11:30 GMT) Friday 22 November. This one is known as ‘the nail-biter’ and will be accompanied by live commentary from NASA.