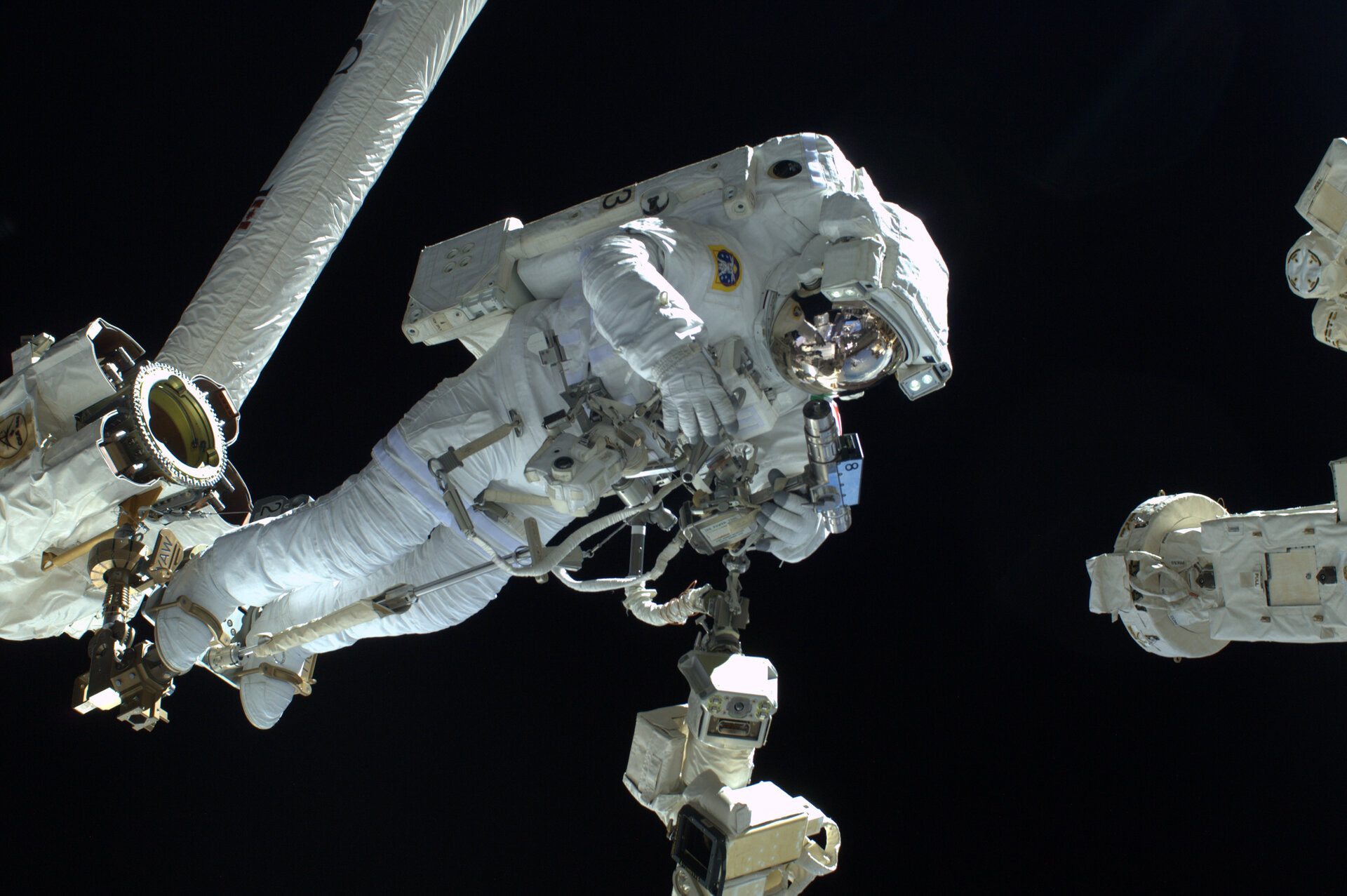 Tune in to ESA Web TV from 12:50 CET (11:50 GMT) this Friday 15 November to watch ESA astronaut Luca Parmitano become the first European to lead a spacewalk outside the International Space Station.

In a special live transmission between ESA’s astronaut centre in Cologne, Germany, and the European laboratory for particle physics CERN in Switzerland, experts will provide commentary and insight throughout what is being described as the most complex series of spacewalks since the repair of the Hubble Space Telescope. Coverage of the entire spacewalk, including the opening two hours of expert commentary, will be streamed live on esawebtv.esa.int

It is the first of at least four spacewalks the pair will perform to upgrade AMS-02’s cooling system and extend the experiment’s life.

The pair will be supported by NASA astronauts Christina Koch and Jessica Meir who will operate the Canadarm2 robotic arm from inside the Station. This will help position Luca at to the hard-to-reach work site, located on top of the Station’s S3 Truss structure between a pair of solar arrays and radiators.

These speakers will be supported by scientists at CERN and a special pre-recorded interview with particle physicist and Nobel Prize winner Samuel Ting.

Viewers are encouraged to tweet their spacewalk questions to @esaspaceflight or @cern using the hashtag #SpacewalkForAMS. The live event will also be streamed via ESA’s Facebook page and CERN’s social channels.