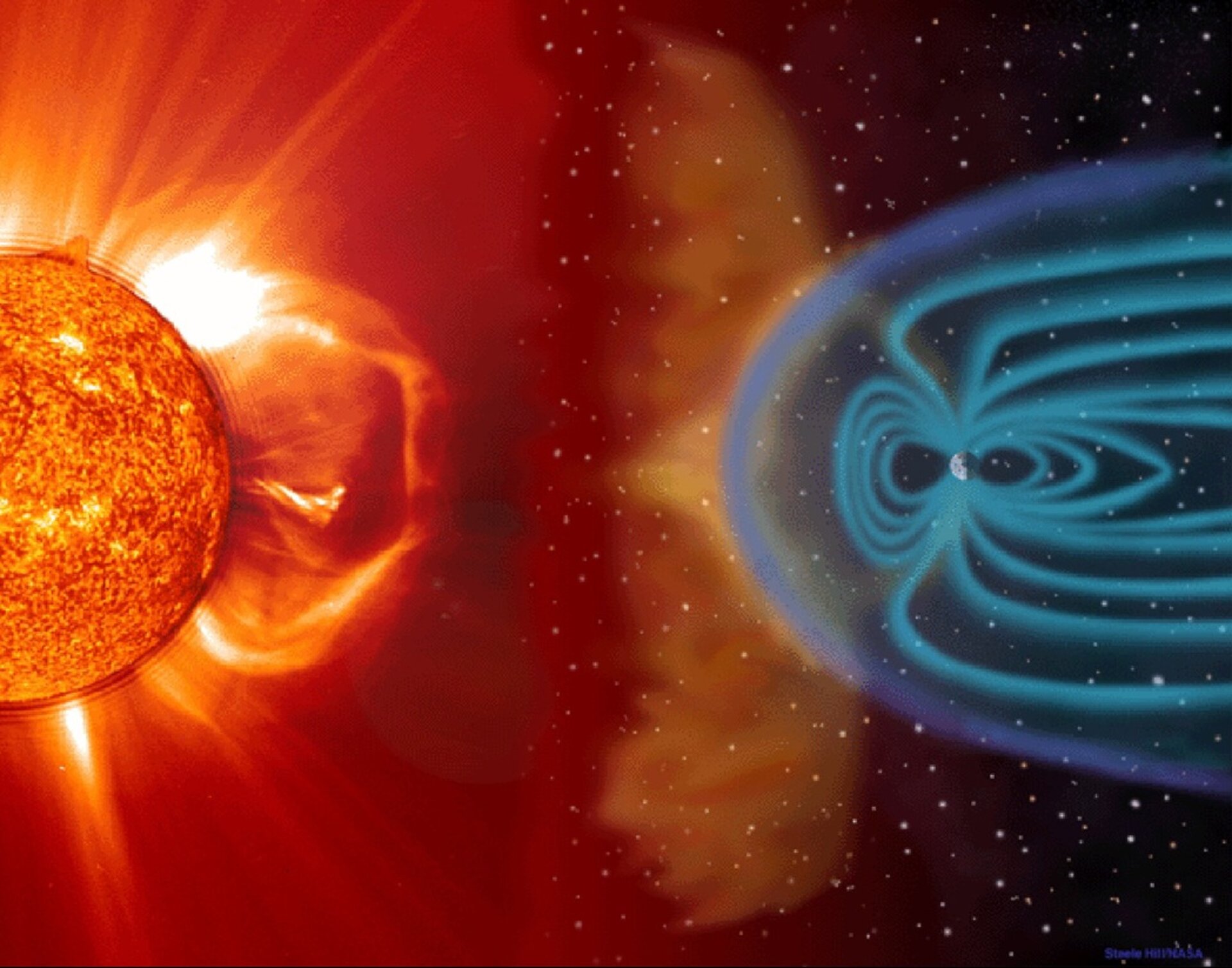 A rare, timely conjunction of ground-based instrumentation and a dozen satellites has helped scientists better understand how electrons in space can turn into ‘killers’. ESA’s Cluster constellation has contributed crucially to the finding.

‘Killer’ electrons are highly energetic, negatively charged particles found in near-Earth space. They can critically, and even permanently, damage satellites in orbit, including telecommunication satellites, and pose a hazard to astronauts.

Several theories have been formulated in the past to explain the origin of killer electrons, and many uncoordinated observations have already been performed. Recently, scientists got a boost in their understanding of this hazardous phenomenon. This was possible thanks to a unique set of data, collected simultaneously, by a global armada of ground and space observatories during the recovery phase of a large geomagnetic storm.

In the aftermath of the storm, the CARISMA (Canadian Array for Realtime Investigations of Magnetic Activity) magnetometer chain observed a type of Ultra Low Frequency (ULF) electromagnetic wave, well-known for creating killer electrons. CARISMA observed the so-called ‘Pc5 waves’ continuously, for many hours, during the recovery phase of a large geomagnetic storm on 25 November 2001. In the meantime, they were also picked up by more than half a dozen scientific satellites located inside Earth’s magnetic environment, or magnetosphere, including NASA’s Polar mission.

Taking into account data from all satellites, Earth-based radars and magnetometers, Rae's team were able to reveal the mechanism behind the scenario.

Data from Cluster also played a key role in the findings of the study by Zong's team. They focused on the aftermath of another geomagnetic storm, which occurred on 31 October 2003. They not only confirmed that Pc5 waves accelerate electrons, but they have also succeeded in quantifying – for the first time, in situ – the velocity reached by the accelerated electrons.

“Earth’s magnetosphere is a very large, complex and variable system. This makes the understanding of ULF waves, together with the mechanisms for the energy transfer from space to ground, a very difficult matter,” says Philippe Escoubet, ESA's Cluster and Double Star Project Scientist.

“These new results on ULF waves and killer electrons once again highlight the need for simultaneous observations from space and ground. Only with constant monitoring with ground-based instruments can we put data obtained in space into a global context,” he added.

The paper ‘Evolution and characteristics of global Pc5 ULF waves during a high solar wind speed interval’ by I. Rae, E. Donovan, I. Mann, F. Fenrich, C. Watt, D. Milling, M. Lester, B. Lavraud, J. Wild, H. Singer, H. Rème, and A. Balogh has been published on 15 December 2005 in the Journal of Geophysical Research.