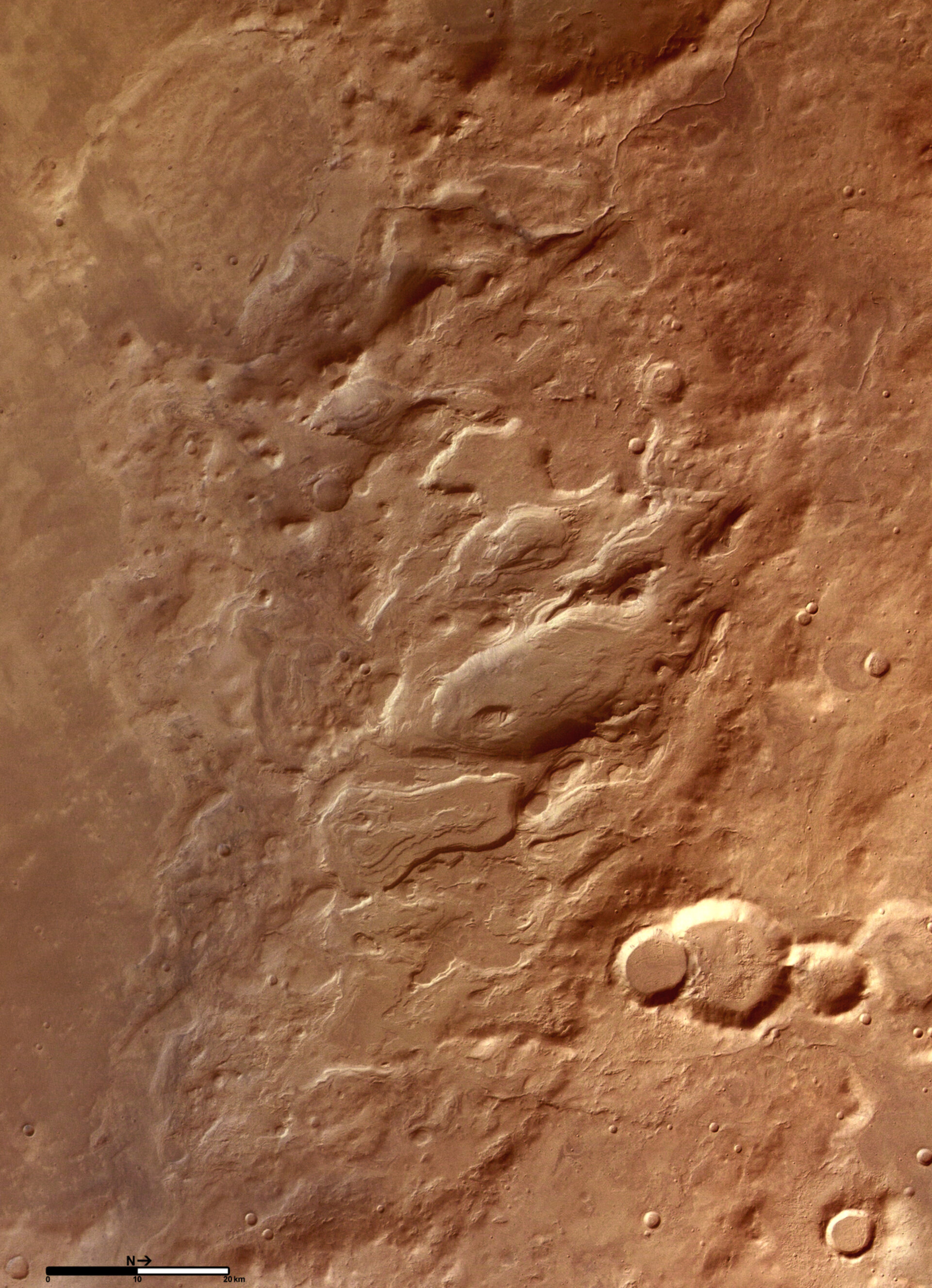 These images of the rim of the Hellas basin on Mars were obtained by the High Resolution Stereo Camera (HRSC) on board ESA's Mars Express spacecraft.

The scenes show a portion of the northern region of the Hellas basin at 29° S latitude and 68° E longitude. They were taken during orbit 488 with a resolution of 18.3 metres per pixel. North is to the right.

The Hellas basin is located in the Martian southern hemisphere, and is actually a giant impact crater.

It is about nine kilometres deep and has a rim diameter of about 2300 kilometres, which makes it one of the largest impact craters in our Solar System.

The basin floor is frost-covered in the Martian winter and appears bright even in Earth-based telescope observations.

These HRSC images show the basin rim, which is strongly dissected by elliptical and concave features, running north-west to south-east, as well as several small impact craters.

The elongated smaller basins have most likely been shaped by wind erosion (‘aeolian’ processes). A small valley network in the north-western part of the region suggests fluvial activity, meaning possibly action by water.

The perspective view was calculated from the digital terrain model derived from the stereo and colour information of the image data. Image resolution has been decreased for use on the internet.

The 3D images require stereoscopic glasses to view. For more information on Mars Express HRSC images, you might like to read our updated 'Frequently Asked Questions'.