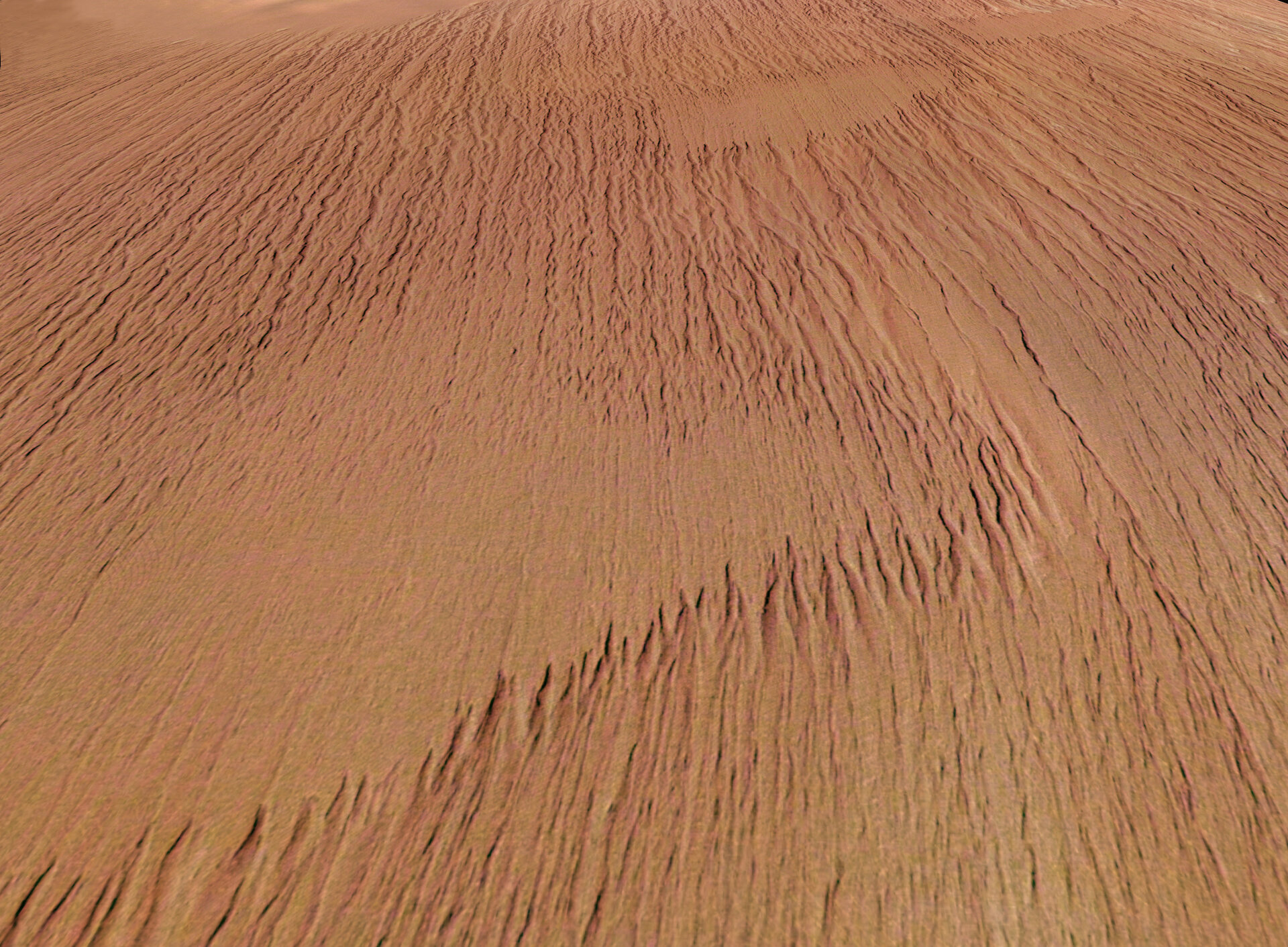 This image of ‘yardangs’, features sculpted by wind-blown sand seen here near Olympus Mons on Mars, was obtained by the High Resolution Stereo Camera (HRSC) on board the ESA Mars Express spacecraft.

This image was taken during orbit 143 with a resolution of 20 metres per pixel. This scene shows a structure south of Olympus Mons, at 6° N latitude and 220° E longitude, which was probably formed by the action of the wind.

Loose sand fragments were transported by wind, and impacted on the bedrock, slowly removing parts of the surface, like a sand-blaster. If the winds blow in the same direction for a long enough period, ‘wind-lanes’, as shown in the picture, can occur. On Earth, the remnants of these features which have not been eroded away are called ‘yardangs’.

Where the surface consists of more resistant material, the force of the wind may not be strong enough to cause this sand-blasting. This might be the reason for the three flat regions (the first in the foreground on the left, and the others top right), which measure about 17 by 9 kilometres.