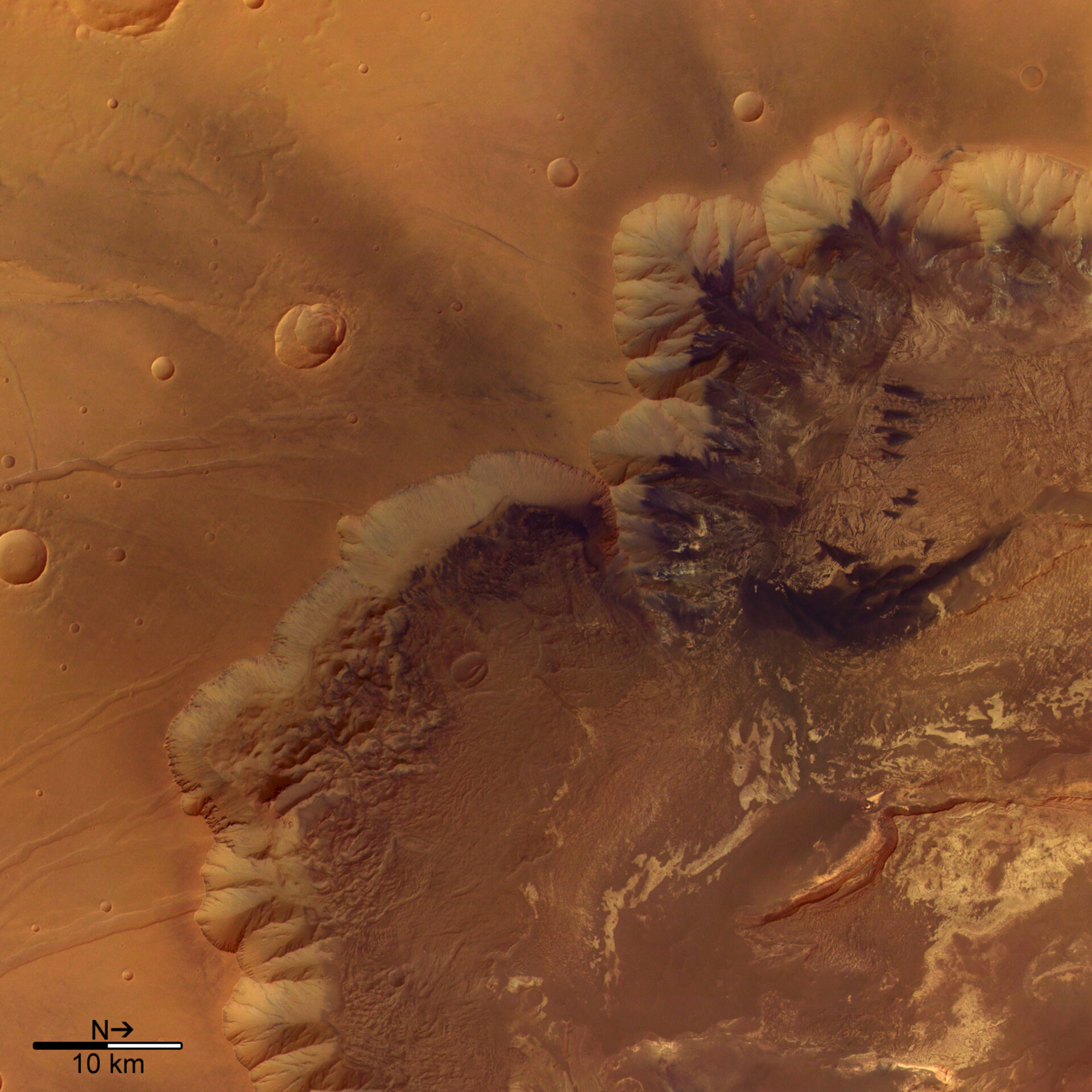 On 2 May 2004, the High Resolution Stereo Camera (HRSC) on board the ESA Mars Express spacecraft obtained images from the central area of the Martian canyon Valles Marineris, called Melas Chasma.

This region shows several clues to the morphological and geological development of the Valles Marineris.

The images show many traces of volcanic activity and possibly water-related acitivity. However, a lot of the surface has been altered by subsequent geological processes, such as wind erosion and quakes.

Although many questions about the geological development of the Valles Marineris canyon have remained unanswered until now, the detailed HRSC image data may help to find some answers.

Using HRSC data, scientists can focus on morphology - the evolution of rocks and landforms. They can also analyse the light relected by the canyon to understand which type of rocks it is made from.

The colour images were created using the HSRC nadir (vertical) and colour channels.

The perspective view was created by using the stereo channels to a create a digital model of the terrain.

The 3D (anaglyph) image was produced from the nadir channel together with one stereo channel.

Please note that some image resolutions have been reduced for use on the internet.