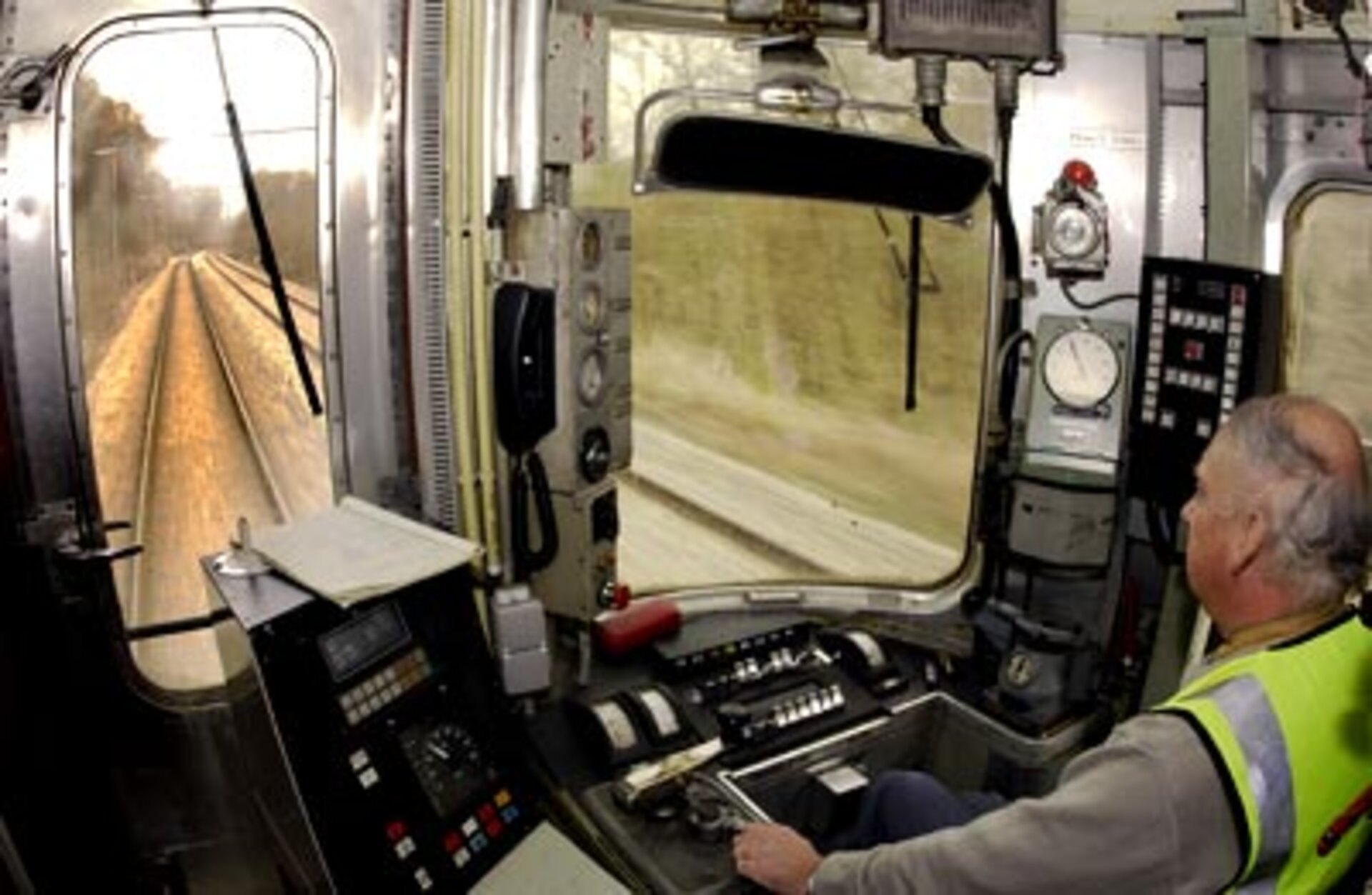 Gembloux railway station, near Brussels, Belgium: a small red train is waiting to leave but no passengers are embarking. A closer look reveals unusual devices on its roof - satellite antennas to receive signals from space.

Indeed, this train will accomplish its journey using satellite navigation technology. All that is needed for a fail-safe journey is a computer inside the cab with a screen displaying information such as speed, and what is known in the railway industry as ‘confidence interval’ - the area where the train is supposed to be while moving. The computer then ensures that the correct safety measures are taken.

This is one of a series of trials being run on the Belgian state railway, SNBC, with data from ESA’s EGNOS navigation system. The trials use an innovative new system known as LocoLoc/LocoProl, funded by the European Commission and the European Space Agency (ESA), as well as various European companies such as Alstom and Ertico.

Just before departure the onboard computer contacts a control centre, asking for authorisation to go. The computer in the cab is connected to the top satellite navigation antenna on the roof, from which it receives EGNOS signals to calculate the position and speed of the train at all times. The onboard computer is then able to make the necessary safety calculations, and perform all train signalling functions, including interfacing directly with the train’s emergency brakes.

If for instance the train approaches a road crossing, via satellite a control centre is automatically notified to take the necessary steps – lowering the barrier, actvitating lights etc. The control centre knows at all times the precise position of the train.

The great advantage of the new system is that it does not need sensors all along the tracks. For years railways have used classical safety measures involving track circuits and signals on the tracks. This is highly effective from a safety point of view, but the costs of the equipment, the installation and the maintenance are extremely high, too expensive for lines with low traffic. Train positioning via satellite would provide an equally safe but cost-effective solution. Since satellites can provide this data anywhere in the world, this is a particularly interesting option for remote locations.

Now our train is nearing Jemmepes sur Sambre, its terminus station. The calculations of position, speed etc are made and all the steps needed to approach the station safely are activated automatically.. As the train slows down the station prepares for its arrival, ensuring that there is no possibility of collision.

This particular journey was just a trial, but this could be the future of safe train circulation.

The European Geostationary Navigation Overlay Service (EGNOS) paves the way for Galileo, due to be operational in 2008. This civil initiative will complement the sole alternative satellite navigation option: the US Global Positioning System. Galileo, whose development and validation phase is being co-funded by ESA and the EU, will give Europeans - and indeed the world at large - a precise and secured satellite-positioning system.

EGNOS is complementing the GPS signals with a network of ground stations and geostationary satellites, improving the accuracy and giving integrity to the US positioning system. EGNOS is an initiative of the European Space Agency (ESA), the European Commission and Eurocontrol. The EGNOS signal will be available by the middle of 2004.

For the sector of railway transportation satellite navigation offers new opportunities to implement safety standards everywhere, even in remote regions which today toady use outdated or human-based safety systems. As well as improving safety in such areas, it would reduce operating and operating and maintenance costs and helping to keep rail transport a viable option. The current Belgian trials end in August 2004.

In the interests of readability the train-trial acronyms have been omitted, for example LocoProl=Lowcost Satellite-based Train Localisation System for Signalling and Train Protection for Low Density Railway Lines.